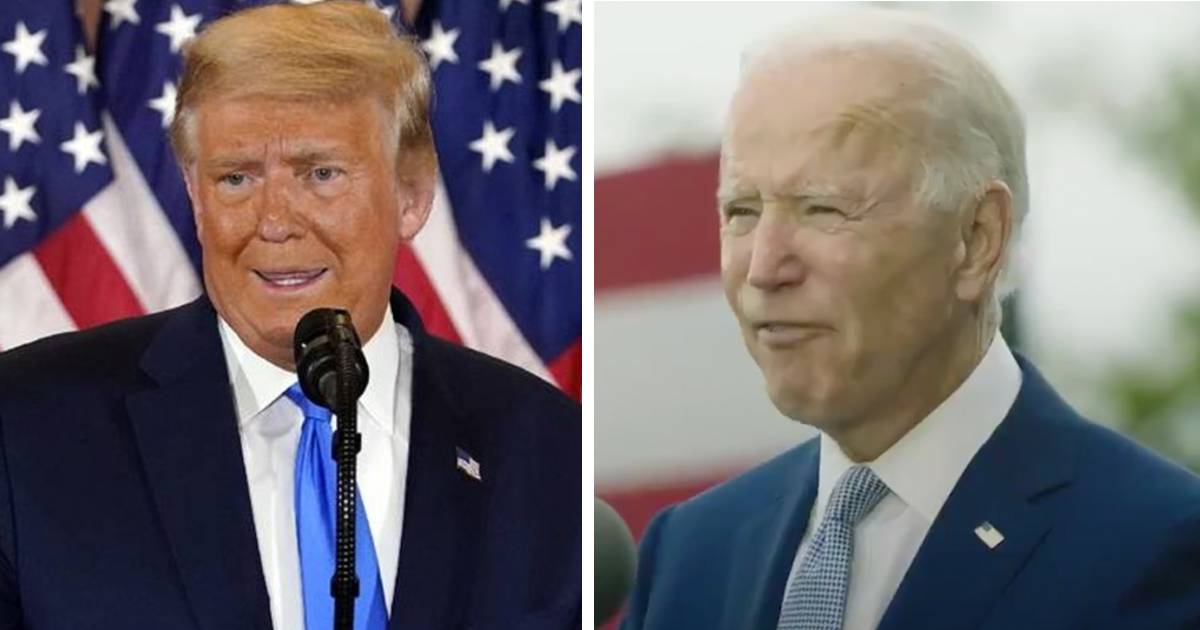 Donald Trump yesterday continued to attempt to besmirch the Democrats’ win in the 2020 US presidential election, labelling his opponents as “thieves”.

On Saturday it was announced that Joe Biden had obtained the necessary electoral votes to win the presidency, bringing an end to an oftentimes controversial election.

Yet current POTUS Donald Trump was in no mood to find his respectful inner-self – if such a well exists – and released a statement to say Biden was “rushing to falsely pose as the winner”.

Of course, Trump had vented loudly and often in the days leading up to the announcement of the Democratic victory. Unfounded claims of fixed balloting and stolen votes can be seen all over Trump’s Twitter page, and it looks like he won’t be taking defeat gracefully.

In fact, Trump explicitly said that he had won the election more than once last week, and then went silent for a wholly unnatural 15 hours while Biden made his victory speech.

Yet he returned with predictable vigour, appearing to quote other sources in suggesting the results of the election aren’t as fair and honest as they should be.

Trump tweeted: “We believe these people are thieves. The big city machines are corrupt. This was a stolen election. Best pollster in Britain wrote this morning that this clearly was a stolen election, that it’s impossible to imagine that Biden outran Obama in some of these states.

“Where it mattered, they stole what they had to steal.“

As has become a startling trend of late, Trump’s posts were accompanied with a warning concerning their credibility. Reports state there has been no evidence put forth concerning voter fraud.

In the wake of the results, he pledged that his campaign would “start prosecuting our case in court to ensure election laws are fully upheld and the rightful winner is seated”.

What are your thoughts on this year’s election results? Let us know in the comments box.

Meanwhile, share this article if you think the US can pull together in the right direction now, regardless of political differences and beliefs.