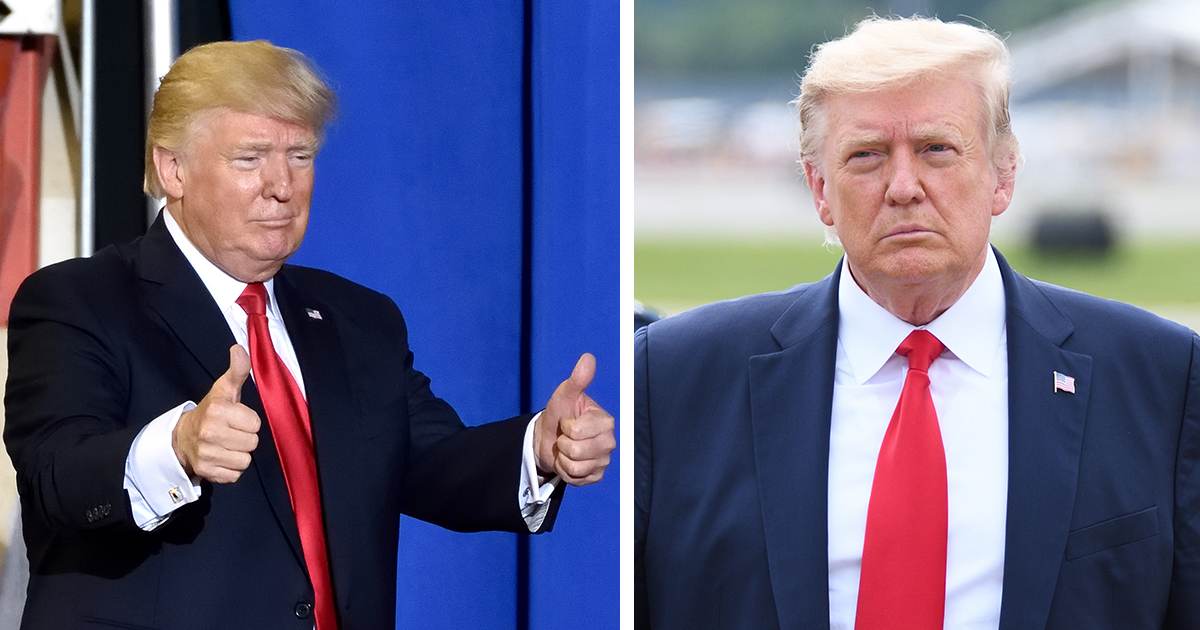 Donald Trump has been uncharacteristically quiet since swapping Washington D.C. for Florida, the White House for Mar-a-Lago.

The former President of the United States, who relinquished his seat last week after losing the 2020 election to Joe Biden, reportedly took Air Force One for the last time on Wednesday as his replacement was being sworn into office.

With his social media channels canceled and much of the world focusing on the ushering in of a new era, as opposed to reflecting on the tumult of the previous one, it’s fair to say there hasn’t been too much for Trump to say.

And yet, if the past few years have taught us anything, it’s that Donald Trump is a man of big ideas and big plans, equipped with a big mouth to keep the world updated as to what he’s got cooking behind closed doors.

Much and more has been made of the avenues laid out before the 74-year-old moving forward.

Word on the grapevine is that he may even be planting the foundations for the formation of a new political party, the “Patriot Party”, having become disillusioned with the Republicans and the way many of them refused to back him after what he claimed was a rigged election.

Naturally, the fact of the matter is that Trump was impeached in the aftermath of the Capitol riots on January 6. Said impeachment made him the first president in U.S. history to be impeached twice, and so what’s possible for him with regards his political aspirations is more of a cloudy subject than it perhaps should be.

And yet … and yet, Trump has made a reputation for himself in doing things no one thought possible, and he made certain to tell followers during his final speech as president that he and his would be returning in some capacity in the future.

“I wish the new administration great luck and great success​,” he said on January 20.

“Goodbye. We love you. We will be back in some form​.”

Perhaps somewhat controversially, Trump skipped his successor’s inauguration ceremony, opting instead to depart for Mar-a-Lago in Florida alongside his wife, Melania Trump.

As previously touched upon, he’s remained quiet since touchdown there, perhaps to better nurse the wounds dealt unto him when he lost. Make no mistake, the former president was badly hurt by his defeat, and maybe more so by the perceived betrayal by those closest to him in the run-up to his departure from power.

Certain reports have even speculated that members at the Mar-a-Lago resort where he and Melania now reside are leaving rather than be associated with the former president.

Now, there is a glimmer of light for those followers who still support Trump and dream of a day when he returns to office, however.

As per reports, he broke his post-White House silence while dining at his usual table at the Trump International Golf Club restaurant. A journalist from the Washington Examiner is said to have quizzed him about his return, to which he replied:

“We’ll do something, but not just yet,” he said. At that point, though, an aide stepped in and cut the conversation short.

In recent days, it’s been revealed that huge trees have been planted all around the edge of the Trump International Golf Club, blocking the view of the course.

We can only assume that’s in an effort for Trump to retain some privacy, which people can hardly begrudge him after being the focus of the world for four years.

All eyes now turn to the Mar-a-Lago, all the same, and what news might come from Trump over the course of the next few weeks and months.

What do you think about the potential of Donald Trump to continue his political career? Would you support him in any such venture?

Do let us know your thoughts on Trump’s chances, and his legacy, to help us keep the debate going.

Meanwhile, share this article on Facebook if you think he did a good job in the White House and would like to see him back there in the future.