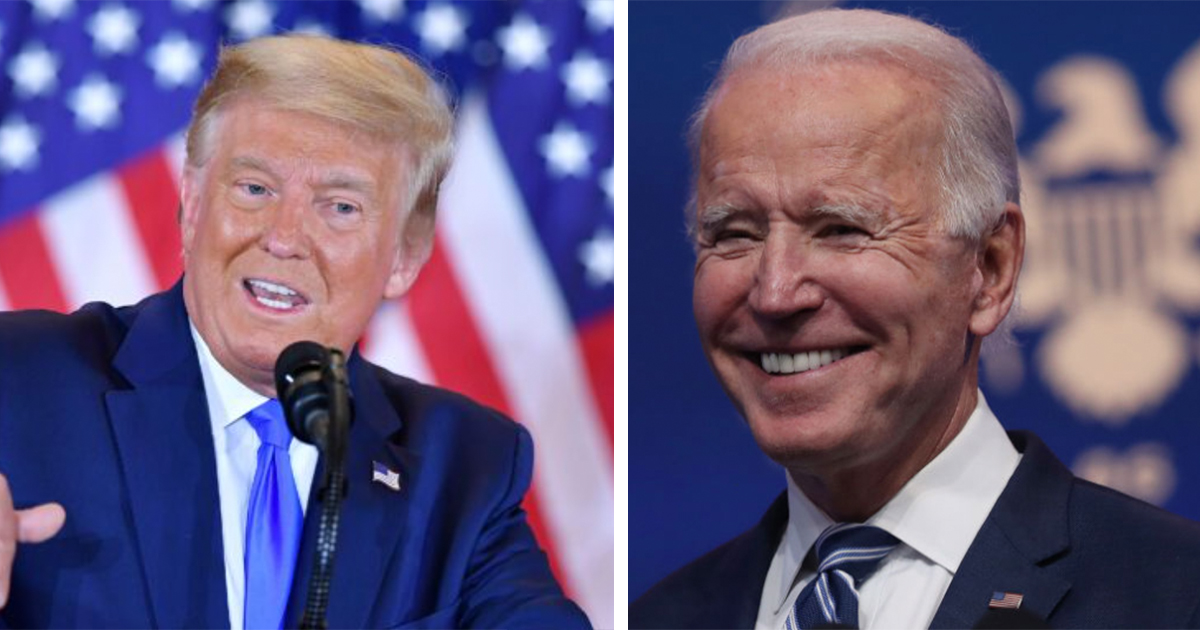 President Donald Trump has once again broke an uncharacteristic silence to tell followers in no uncertain fashion that he believes he will still win the U.S. election.

Unless you’ve been living under a fairly sizeable rock, you’ll know that Joe Biden secured the 270 electoral votes necessary to become the next POTUS.

Something else you’ll know is that Donald Trump and his campaign team have thus far found it impossible to accept the Democratic victory, accusing them of vote stealing, mail-voter fraud and a host of other acts.

Such claims have been put down to sour milk by the vast majority of people – absolutely zero evidence has been put forward to suggest Joe Biden actually cheated his way to victory – but Trump, if nothing else, remains defiant.

In fact, the 45th president of the United States took to Twitter yesterday to reassure followers: “WE WILL WIN.”

In another tweet, Trump said: “People will not accept this Rigged Election!”

At the time of writing, his legal team have filed a number of lawsuits in an attempt to find a way to avert the Democrat’s march to the White House, though the strategy reeks of desperation.

Joe Biden is set to be sworn in on or around January 20, 2021, marking the end of Trump’s turbulent four-year tenure.

And yet a lot looks set to happen in the coming days, even if most of it is noise. All indications are that Donald Trump will leave office with the grace of a crippled spider, but that doesn’t mean controversy and hotly-debated topics aren’t around the corner.

What do you think about the results of the presidential election? Should Trump just accept that he lost? Let us know in the comments box.