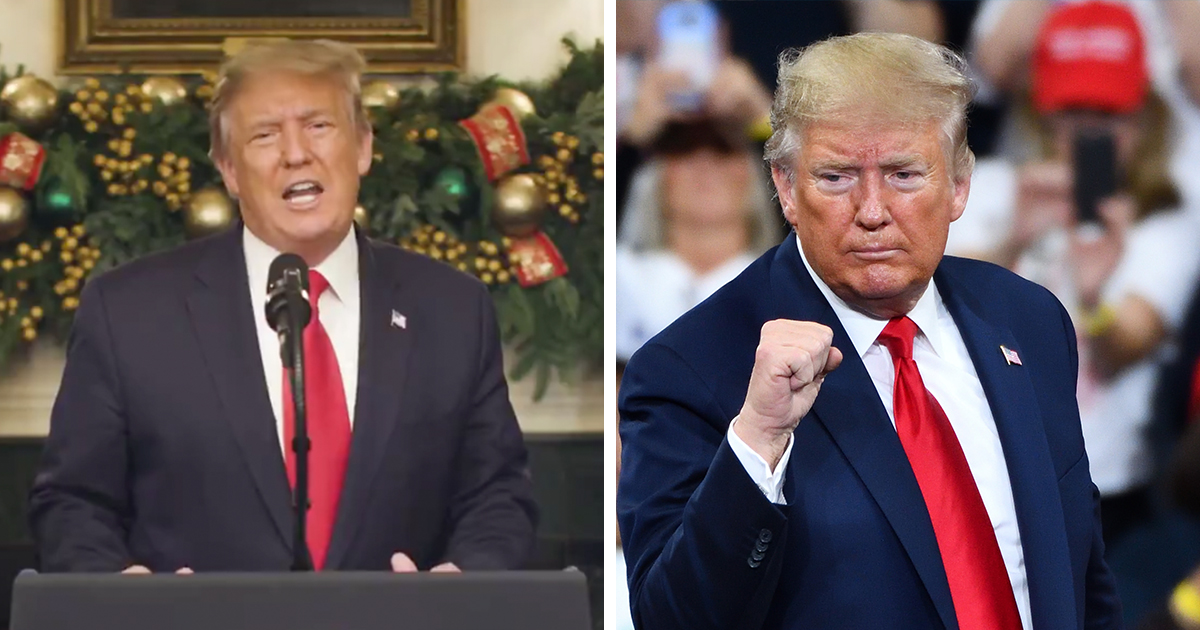 President Donald Trump has called for Congress to amend the COVID relief bill going out to Americans from $600 to $2,000.

As per the New York Post, Trump said on Tuesday – in a video posted to Twitter: “It really is a disgrace. It’s called the COVID relief bill, but it has almost nothing to do with COVID.”

The POTUS then detailed the millions of dollars included in the 5,593-page relief package, including cash for two National Mall museums, $10 million for “gender programs” in Pakistan and $2.5 million for “internet freedoms.”

Trump said in the video that he wanted Congress to raise the relief money given to Americans, saying that they’re getting the “bare minimum”.

The president then added that it might well be the next administration’s job to deal with the suggested new package, but was quick to say “maybe that administration will be me, and we will get it done.”

According to reports, many of the president’s complaints over the spending were from the $1.4 trillion bill to fund government agencies through September, as well as other bills packaged together with the $900 billion pandemic stimulus that was passed on Monday.

In response to Trump’s suggestion that the relief bill for citizens be raised, House Speaker Nancy Pelosi tweeted: “Republicans repeatedly refused to say what amount the President wanted for direct checks.

“At last, the President has agreed to $2,000 — Democrats are ready to bring this to the Floor this week by unanimous consent. Let’s do it!”

Larger checks to the American people sounds like a good move to me! What do you think about Trump’s proposal?

Let us know in the comments box.

Meanwhile, share this article if you’re hoping these checks come into effect so that they can ease the financial burden on some.