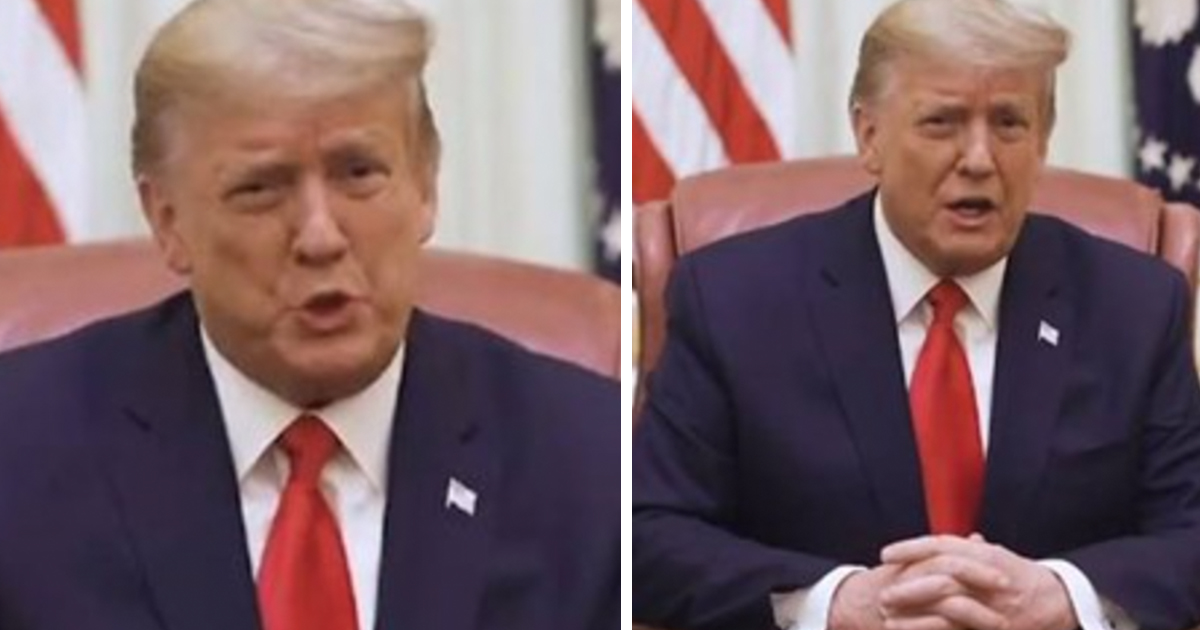 President Donald Trump wasted little time in making an address following his becoming the first U.S. president in history to be impeached twice.

The House of Representatives voted yesterday to impeach Trump following his perceived role in the violence that took place at the Capitol Building last Wednesday, January 6.

In a video posted to the White House’s Twitter account, the POTUS said: “I want to be very clear. I unequivocally condemn the violence that we saw last week.

“Violence and vandalism have absolutely no place in our country and our movement.’

“Making America Great Again has always been about defending the rule of law, supporting the men and women of law enforcement and upholding our nation’s most sacred traditions and values.

“Mob violence goes against everything I believe in and everything our movement stands for.”

Trump added that no “true supporter” of his would ever endorse political violence, nor disrespect law enforcement or the American flag.

“No true supporter of mine could ever threaten or harass their fellow Americans; if you do any of these things you are not supporting our movement, you are attacking it and you are attacking our country. We cannot tolerate it,” Trump continued.

The soon-to-be-former POTUS finished his address by saying he was “deeply saddened” by the events that took place on Capitol Hill, while also promising that those responsible would face justice.

Too little, too late?

Though Trump’s words do appear sincere, for many his condemnation comes simply too little, too late. The president has been stripped of his social media accounts, and former allies and close friends have been quick to severe ties with him following the way he was deemed to have incited last week’s chaos.

In any case, Trump failed to mention his second impeachment in the video, via which he has been charged with “incitement of insurrection”.

What do you think about impeaching Trump for a second time? Do you think he is partly to blame for the Capitol Hill riots? Let us know in the comments box.