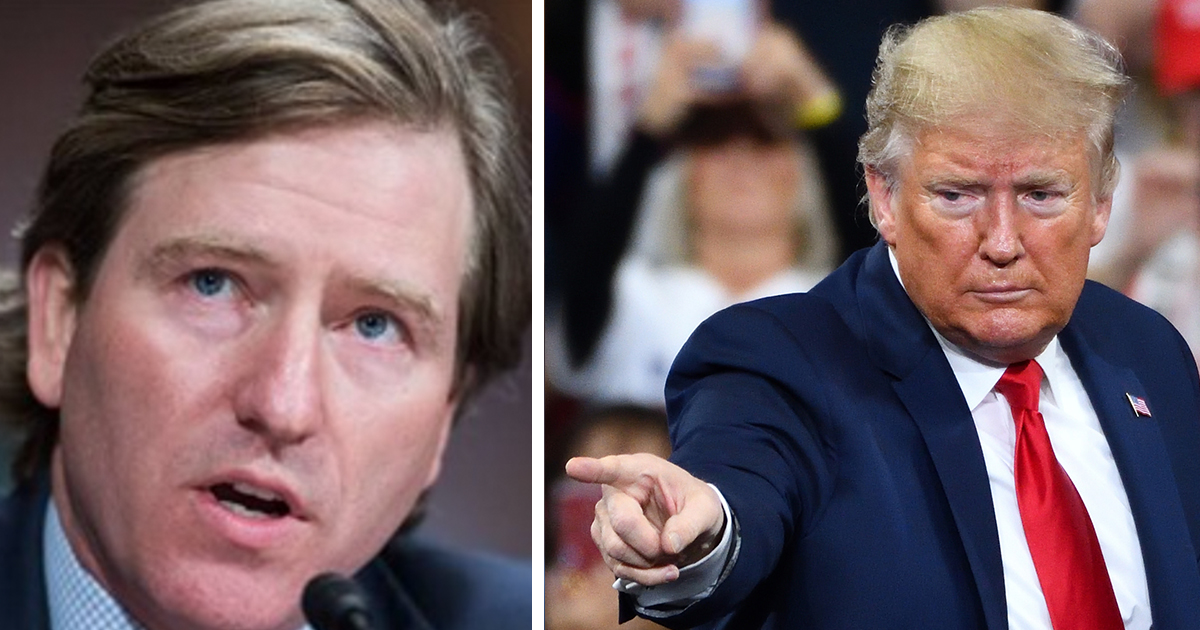 Never one to do things by halves, Donald Trump has set about condemning and putting down any notion that he might have lost the 2020 US Election fairly.

In fact, the POTUS’ knee-jerk reactions to what appears now to be the cold, hard truth, seem to get increasingly more erratic by the day.

As per the man himself, Trump has fired an election security official who had the gall to say that the 2020 election was, in fact, secure (who knew?!).

Chris Krebs was fired from his position as director of the Department of Homeland Security’s cybersecurity agency yesterday, November 17.

Reportedly, Krebs found out that he had lost his job via Twitter, when Donald Trump tweeted to say he had been “terminated” for making inaccurate statements regarding the election results. Ironically, Trump’s tweet was itself flagged by Twitter for containing a disputed claim.

“The recent statement by Chris Krebs on the security of the 2020 Election was highly inaccurate, in that there were massive improprieties and fraud – including dead people voting.

“Poll Watchers not allowed into polling locations, ‘glitches’ in the voting machines which changed votes from Trump to Biden, late voting, and many more. Therefore, effective immediately, Chris Krebs has been terminated as Director of the Cybersecurity and Infrastructure Security Agency.”

It appears Krebs’ mistake was countering the president’s allegations concerning voter fraud that led to Joe Biden winning the 2020 Election. Krebs was among a number of senior officials from the Department of Homeland Security who labelled the election the “most secure in American history”.

The Guardian cite Krebs as having previously told associates that he expected to lose his job.

He had already evoked the ire of President Trump over a Cisa-run website dubbed Rumor Control, serving to debunk misinformation about the election.

As per reports, White House officials had asked for accurate information to be edited or removed from Rumor Control, but Cisa officials refused to do so.

On November 16, one day before Trump dismissed him, Krebs tweeted: “Honored to serve. We did it right. Defend Today, Secure Tomorrow. #Protect2020“.

This election continues to dismay and produce truly stunning decisions. What are your thoughts? Let us know in the comments box.

Meanwhile, share this article on Facebook if you’re praying that America can come through this controversy and be a safe and secure place moving forward.