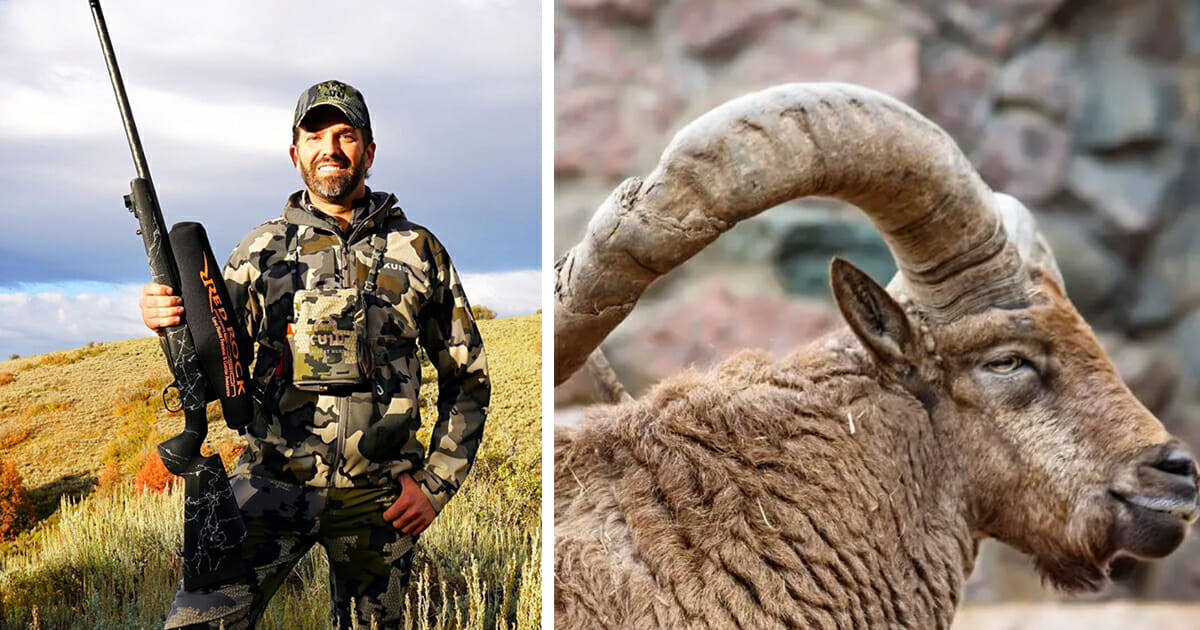 It wasn’t so long ago that the world learned how Donald Trump Jr. had been able to travel to Mongolia to illegally hunt a rare and endangered breed of sheep.

As per reports, Donald Jr was retroactively issued a permit for the killing after a meeting with the country’s president. The argali sheep is considered a national treasure in Mongolia, and the shooting angered a good deal of people online.

A statement from Citizens for Responsibility and Ethics in Washington (CREW), said: “As a son of the president, Donald Trump Jr. is entitled to Secret Service protection and should be protected, but taxpayers deserve to know how much they are paying to facilitate his trophy hunting and interactions with major political donors and foreign leaders.”

All told, Donald Trump Jr. spent $76,859.36 to kill an endangered argali sheep without a license.

And yet the true cost of his trip wasn’t known for some time. A few months after the hunt, CREW received documents that indicated protection and security on the trip cost $17,704, according to Forbes.

Humane Society International had actually tried to prevent Donald Trump Jr. from getting his dead sheep back in December of 2019, citing the fact that they are endangered and that the hunter in this instance had no permit at the time of the killing.

It’s unclear whether or not their appeal was successful.

I don’t know about you, but the idea someone can travel to another country and shoot and endangered animal on taxpayer’s money definitely rubs me the wrong way.

Share this article if you think that U.S. taxpayer’s money should be going toward something better!