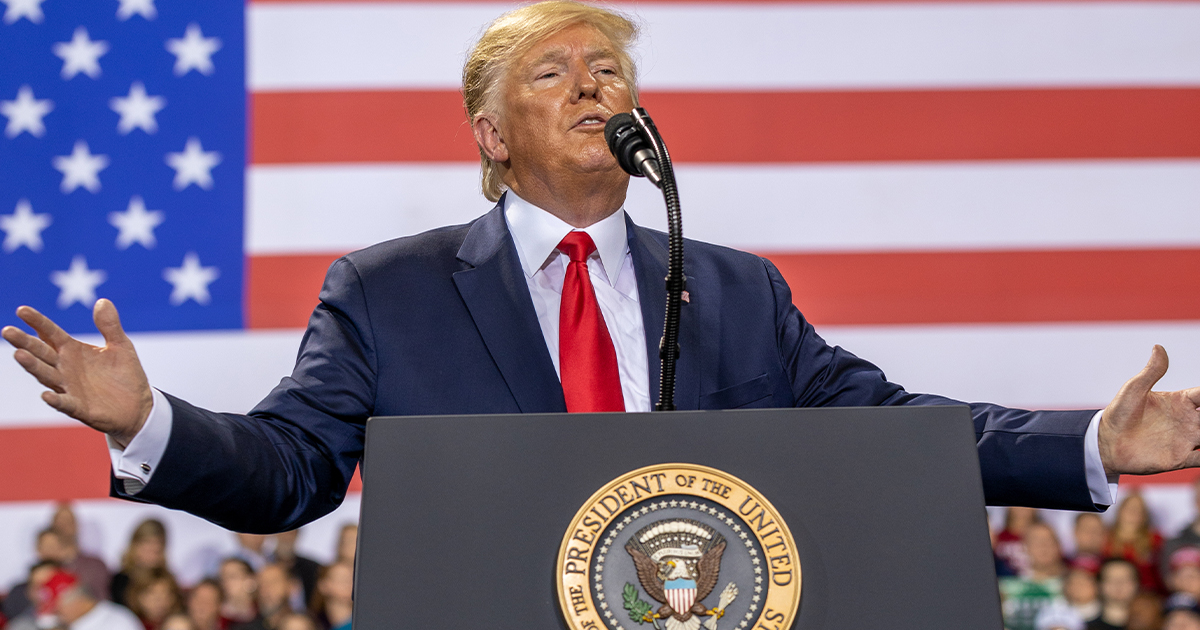 Donald Trump‘s ousting from the White House by no means spells the end of his political career, with the soon-to-be-former POTUS planning on creating a new party to rival the Democrats and Republicans.

As per reports, Trump is ready to create the “Patriot Party” in the wake of his four-year term ending. Joe Biden is set to be sworn in as the United States’ 46th president today (Wednesday, January 20).

Needless to say, Trump’s final weeks in power have been marred with controversy, following the riots on Capitol Hill that occurred on January 6. He became the first president in history to be impeached twice, while criticism from other politicians and lawmakers has been rampant.

The Wall Street Journal now reports that as a result of his dwindling support from within the Republican party, Trump is planning to build his own party from the ground up.

Just how this party will move forward regarding policies remains to be seen, but the prospect of Trump founding such a movement is real indeed, as per sources close to him.

With regards to the potential of succeeding, it’s clear to anyone who cares to look that the outgoing POTUS still has many followers – how many of them would be prepared to break away from the Republican party to join his new cause, however, is another matter.

The Republican–Democrat power struggle won’t be broken up easily, but something must be said for the fact that Trump has made a reputation over the past five years for doing things no one expected.

The 74-year-old will today miss the inauguration of his predecessor, Joe Biden, instead opting to break away from tradition and fly to Florida to begin his post-presidency life.

The White House itself has reportedly declined to comment on Trump’s planned new foray.

What do you think about the potential for Trump to start a new political party? Would you follow it?