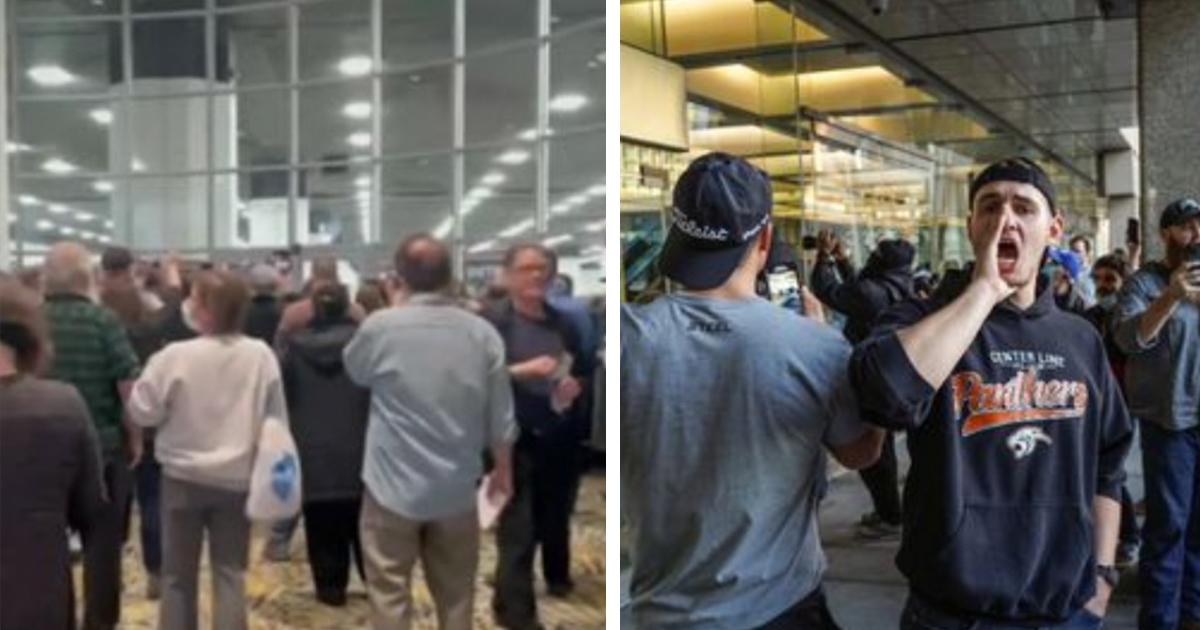 Shocking footage has captured Donald Trump supporters attempting to storm a polling center in Detroit where ballots were being counted for the US election.

As per reports, the angry mob chanted “stop the count” as they gathered outside the TCF Center on Wednesday (November 4). On-site security guards had purportedly refused entry to any more poll watchers attempting to access the counting room.

The Detroit Free Press say that would-be poll watchers were denied entry to the room as it was over capacity. Republican supporters then tried to claim that meant some sort of bias was being shown in favor of the Democrats, whilst those with a keener eye, and perhaps more reasonable judgement, could see Democrats were being kept out as well.

In the aftermath of the chaos, Biden won the state of Michigan, which had voted Republican in 2016.

As stands, Biden now has 264 electoral votes to Trump’s 214, meaning he is perhaps one state away from becoming president. Reports earlier today indicated that Biden has already set a new record for the amount of popular votes received, having garnered over 72,000,000.

“I’m not here to declare that we’ve won. But I am here to report, when the counting is finished, we believe we will be the winners.”

Trump, meanwhile, struck an altogether different tune yesterday. His team have threatened to take matters to the Supreme Court, while also filing a lawsuit to halt vote counting in Michigan, after claiming they had not been granted ‘meaningful access’ to observe ballot counting in some locations.

This election is certainly living up to its predicted hype and drama. I just hope the result we get in the end is a fair one!

Share this article to keep the debate regarding the election going during the final days.