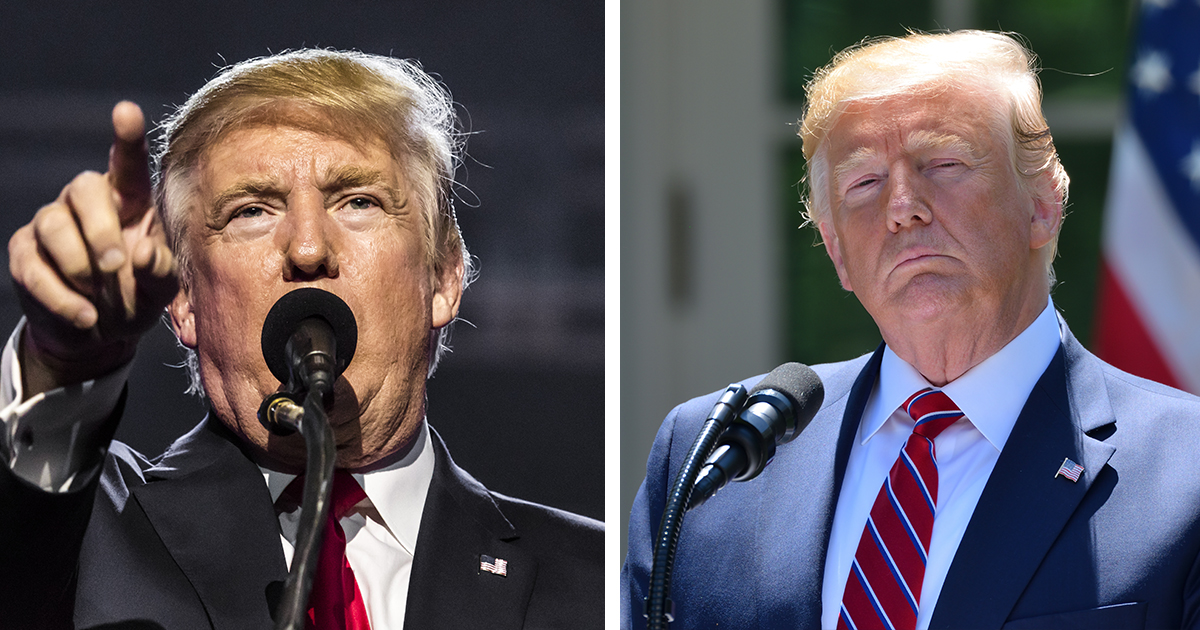 President Donald Trump has warned that moves to impeach him following the Capitol Hill riots last week have caused “tremendous anger” among his supporters.

Brandishing the attempts “absolutely ridiculous”, Trump spoke for the first time since the mayhem unfolded on January 6 as he boarded the Marine One helicopter for a trip to Texas yesterday.

Following the storming of the Capitol Building, House Democrats have been clear in expressing their wishes that Trump be impeached for the second time in his presidency.

On that front, Trump told reporters that the attempt to impeach him was a “continuation of the greatest witch hunt in the history of politics.”

Referencing his ban from social media – platforms such as Twitter have suspended Trump for fueling the fires of violence ahead of last week’s attack on the Capitol – Trump said big tech were making a “catastrophic mistake”.

The president still faces backlash in the aftermath of the riots, chiefly for his perceived role in both instigating the villainy and in the manner he live-tweeted during as the events unfolded.

Hours before the riot, Trump told his supporters in a speech: “If you don’t fight like hell, you’re not going to have a county anymore.”

When asked about his role in what had happened on Capitol Hill, however, Trump denied responsibility, insisting that his words were “totally appropriate”.

He explained to reporters: “So if you read my speech, and many people have done it, and I’ve seen it both in the papers and in the media, on television, it’s been analysed, and people thought that what I said was totally appropriate.”

Appropriate though he may claim it to be, it would very much seem as though Democrats don’t agree. Earlier this week, they introduced an article of impeachment to the US House of Representatives.

“In all this, President Trump gravely endangered the security of the United States and its institutions of Government.

He threatened the integrity of the democratic system, interfered with the peaceful transition of power, and imperiled a coequal branch of Government.

He thereby betrayed his trust as President, to the manifest injury of the people of the United States.“

There have also been numerous calls for Vice President Mike Pence to invoke the 25th Amendment and remove Trump from power altogether.

Pence has now confirmed that he will not be taking that step, insisting that he didn’t believe it to be in the best interests of the country or constitution.

In any case, Joe Biden is scheduled to be inaugurated as America’s 46th president on January 20, in just seven days. Fears have already been expressed as to how certain factions of Trump’s supporter group will behave on that historic day.

What do you think about the possible second impeachment of Donald Trump? Let us know your thoughts in the comments box.

Meanwhile, please share your thoughts on the chaos that unfolded last week at the Capitol Building. Is Trump truly to blame?

And lastly, share this article on Facebook if you’re praying for a safe and secure America moving forward!