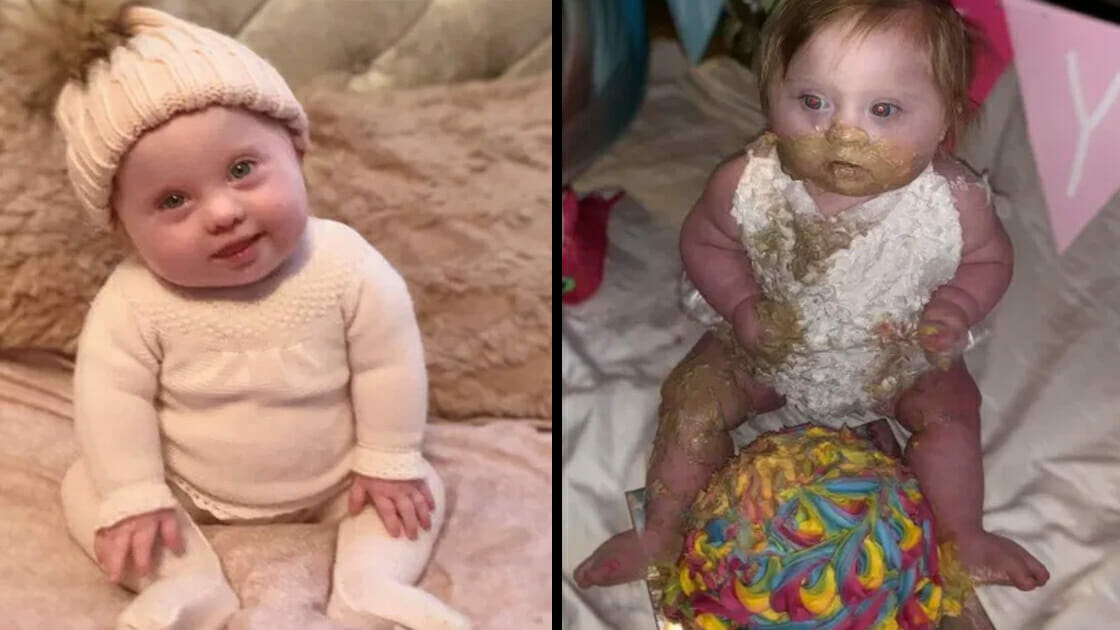 The world can be a bitterly cruel place sometimes. Though over the centuries we seem to have gotten far better when it comes to condemning prejudice, there’s no doubting it still exists.

Perhaps that’s one thing social media has to answer for, the fact that people can now bully and harass others online whilst hiding behind the anonymity of a computer. Worse still, in most cases the offending parties get away with it.

One father has hit out at disgusting trolls who mocked a video of his little girl eating her birthday cake. The clip shows Megan Gavin, who has Down syndrome, messy from eating her cake, but there were commenters who called her a “downie” and a “retard”.

Speaking to Metro, he said: “My shock went straight to anger. Obviously I wanted to go and find these people.

“But after a few hours of sitting down and thinking, I thought I’m not going to let some idiot make me angry and ruin my baby’s day.

“So I’ve turned it into a positive thing and decided from now on I’m going to educate the uneducated idiots.

“I’m going to share the love and I’ll do that by sharing pictures of Megan.”

One of the comments on the video read: “Kids in Africa are starving and you’re wasting cake on a child too retarded to know what it is.”

Scott, who has five other children, says he’s often heard tales of such abuse from other parents of kids with disabilities.

“We hear it all the time from the mums, it’s heartbreaking,” he continued.

Indeed, Scott’s certainly not alone in that. It boils my blood to think that people who ridicule others because they’re different can get away with it because they’re hiding behind a computer screen.

The simple fact of the matter is that they would never be saying these things if there was genuine risk of retribution, making them as cowardly as they are, frankly, dim-witted.

Scott, we stand beside you, and hope that Megan had a wonderful first birthday.

Please share this article to wish Megan a happy birthday, and to condemn all those who thought it acceptable to mock her.