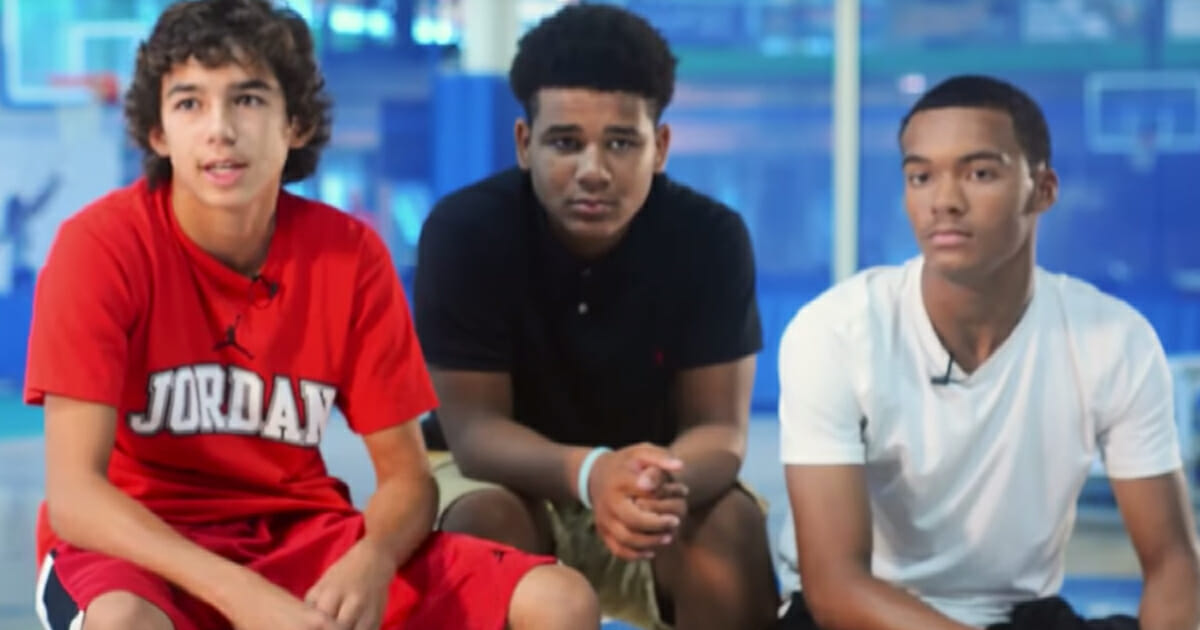 If there’s one thing that boils my blood more than anything else, it’s bullying.

Unfortunately, it’s been an endemic problem in society since humans were… well, humans. A part of growing up is understanding that everyone deserves to be treated with equal respect and kindness. Differences aren’t to be mocked, they’re to be celebrated.

Sadly, not everyone learns at the same pace. Hell, some people don’t ever learn. It’s these types of people who need to be stood up to on a regular basis, which is why I find the events that unfolded at Lincoln Middle School all the more worthy of tribute.

Scooter Terrien, Chase Vasquez and Miles Rodriguez might look like your average teenagers, but when they stepped in to prevent a group of bullies heckling a cheerleader who has Down syndrome, they showed they were made of special stuff…

Desiree Andrews is a cheerleader at Lincoln Middle School. As such, her duties included cheering on the sports teams whenever they take the field. Sure, words might sometimes fail her, but she’s not afraid to let her dancing and music do the talking.

It just so happens that Desiree is a friend of Scooter, Chase and Miles, and they’ll do anything to protect her from bullies. That’s why when they saw bullies heckling Desiree during a time out, they developed a game plan that was both smart and powerful.

“We looked at for a while, to see if we were seeing it correctly,” Scooter said.

When they realised the truth was precisely what they assumed, the boys knew they had to act. They left the bench during the time out and approached the bullies.

With the whole school watching, they took a stand for Desiree when she needed it most.

The bullies were quickly taught a lesson. It might have been a small gesture, but it was enough to have a lasting effect on both Desiree and her father, who couldn’t have been more thankful.

Fighting back the tears, Desiree’s dad said: “I just wanted to let them know, as a father how much I appreciated it.”

Meanwhile, the boys’ fathers are bursting with pride. When you raise a son you want him to be just and courageous in the face of adversity; to exemplify the honorable virtues you’ve hopefully installed in him. When your own dad says you’re a hero, you know you’re onto a winner!

Watch the video below for the news report:

It’s great to see young people standing up to all forms of bullying, and we’re so happy to see Desiree continue doing what she loves to do.

Share this story to pay tribute to the guys who helped Desiree, and to show that you support anti-bullying!