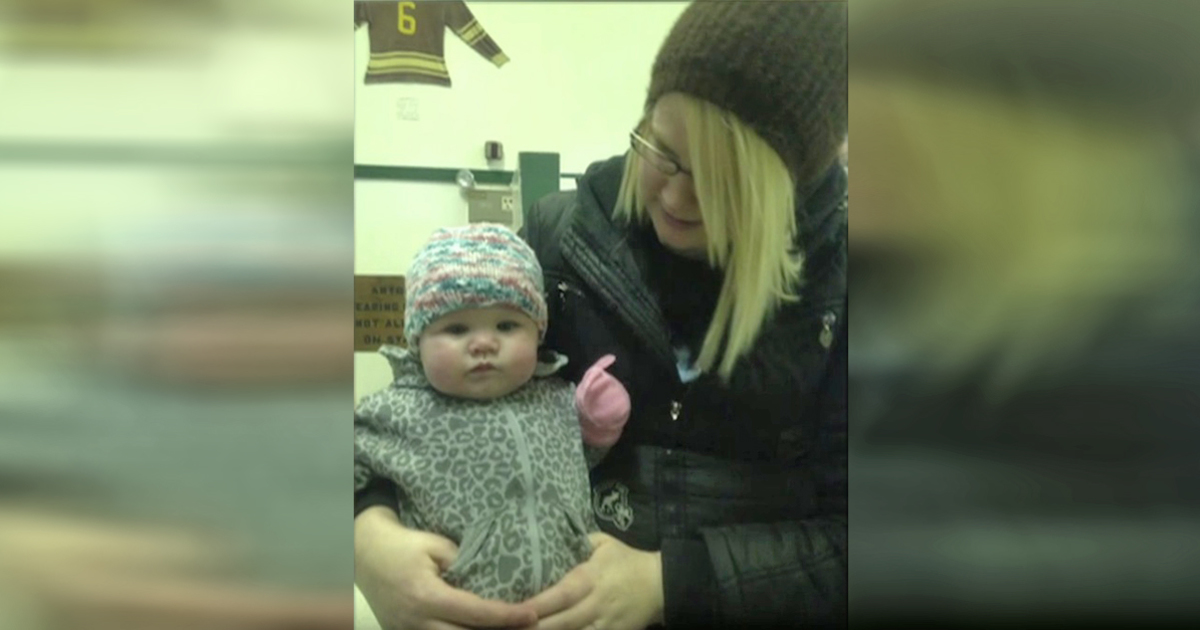 We all get that feeling sometimes that something isn’t quite right. But how often do you stop and check if something really is out of the ordinary. Luckily, in this instance, Tina Dubyts did just that. She was driving down a Canadian highway one cold winter day when intuition struck. Something wasn’t right. Stopping her car, Tina saw a woman who was clearly injured and in a state of shock.

“I didn’t actually see anything, but something got my attention,” Tina told the Canadian Broadcasting Corporation. “She was in shock. She was obviously frozen.”

The woman she saw, Kristen Hiebert, was so cold that her hair was covered over with frost. And even though the temperature was only 3° F, Kristen was wearing nothing but socks, a hoodie, a jacket and jeans.

A moment later, Tina realized that Kristen was not alone. Kristen then led Tina to her car, which had veered into a ditch some 12 hours before. When Tina looked inside the back window, she was heartbroken.

Kristen was traveling that day with her 4-year-old daughter when her car crashed and veered into a ditch. After 12 hours of slowly freezing to death, the mother decided to brave the cold to look for help. Her legs and hands were frostbitten and she had two broken arms and a leg, but she had no choice if she and her daughter were to make it out alive. Their car was not visible from the road, so Kristen climbed to the highway guardrail to look for help, leaving her daughter in the car.

When Tina saw Kristen’s daughter in the back seat, the girl was in fetal position and looked dead.

“All I said to 911 was ‘I think we need the Jaws of Life,’ because I didn’t think that little girl was going to be alive in there,” Tina said. Luckily, though, the girl survived wrapped in a blanket in the back seat of the car. She was scraped up a bit and had frostbite on one of her legs, but she was alive.

“She’s the hero. I don’t know how she went through all that pain,” Tina said. “She had the will to live, that girl.”

If you think it was more than luck that brought Tina to Kristen and her daughter, share with others!