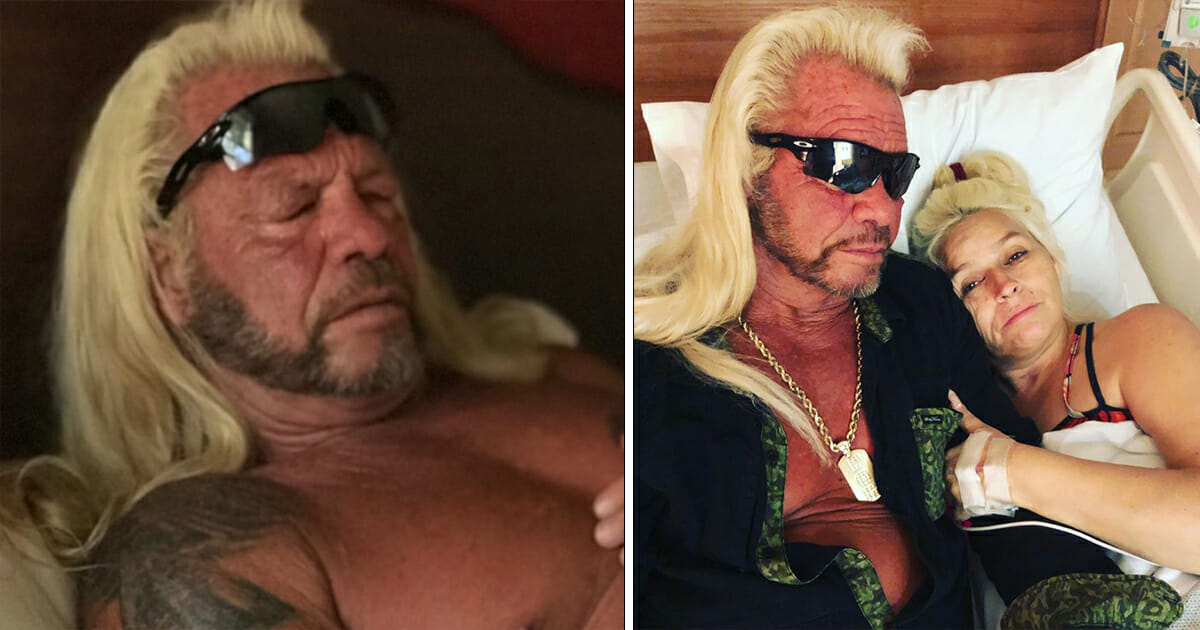 Duane ‘Dog the Bounty Hunter’ Chapman has revealed that he’s dropped 17 pounds in the wake of his wife Beth’s passing a few weeks ago.

51-year-old Beth Chapman died on June 26 in Honolulu, Hawaii after a battle with cancer that lasted the better part of two years.

Now, Duane has opened up about the grief he’s been struck with in the wake of his wife’s death. He says he’s taken to placing a pillow on Beth’s side of the bed.

We had an amazing Mother’s Day thank you to my son @lelandbchapman and @jamiepchapman for making the journey to be with us on mother’s day it meant so much @garrychapman and @bonniejoc and @cecilybeezee you kids never let dad down we love you guys wishes you’d have been here . Mom did great.

Speaking in an exclusive new interview with Entertainment Tonight, Duane revealed how he’s struggling to cope with Beth’s loss.

“I wake up to always touch her, especially when she was sick I’d have to wake up a few times when she stopped breathing. I couldn’t hear it no more,” he said.

“And she’s laying and I’m like, ‘You are not dying like that. I will not let you die.’ So I’m so used to that that I don’t sleep solid anymore.”

Not only that, but Duane also admitted that he’s not been eating properly during the course of these last few weeks.

Beth certainly inspired plenty of people before and during her fight with cancer, and she continues to inspire them now even after passing.

Duane, meanwhile, is steadfast in his commitment to continuing to do what made him a household name across the world: hunt bad guys as a bounty hunter.

Join us in sending all your prayers and thoughts to Dog the Bounty Hunter and the rest of Beth’s grieving family as they navigate this difficult time.