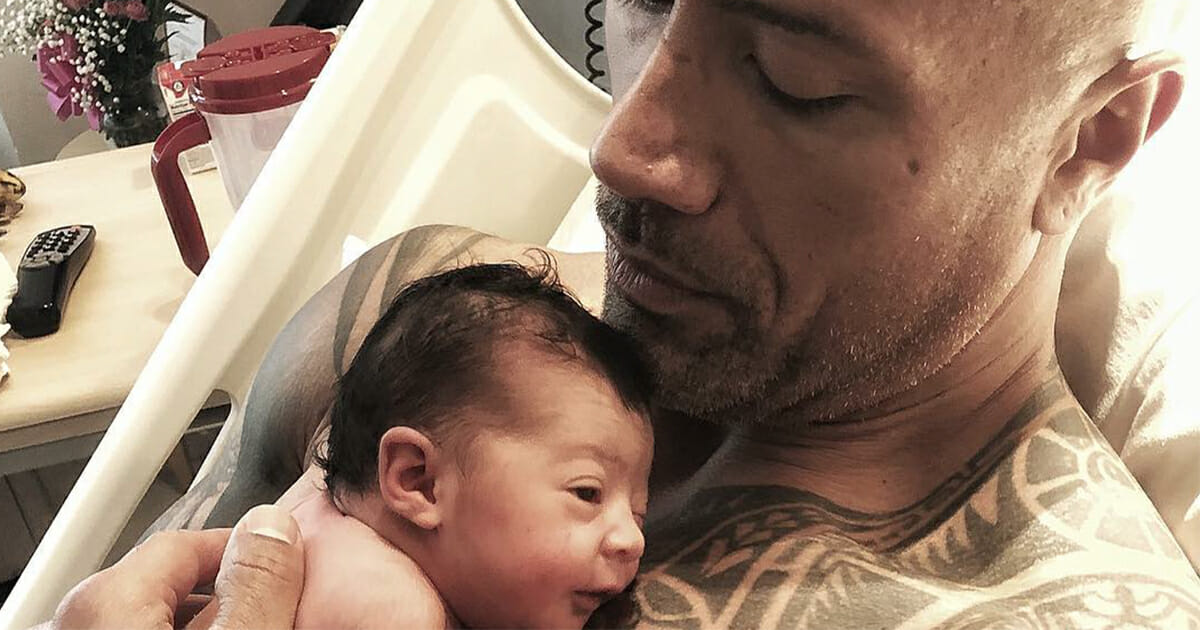 Call me biased for being a professional wrestling fanatic during my early years, but Dwayne Johnson, aka The Rock, is awesome.

If you’re not convinced by his wrestling career, or his subsequent foray into acting, then perhaps you’ll become part of team Rock after seeing his powerful Instagram post following the birth of his third child.

The 45-year-old uploaded a photo of himself cradling his newborn daughter, and the words he so eloquently chose to caption it are causing ripples around the internet…

Late yesterday, Dwayne Johnson and wife Lauren Hashian welcomed their third child to the world. Tiana Gia Johnson “came into this world like a force of nature”, according to Johnson, who was quick to celebrate women with his first social media post following the birth.

The former WWE star said that he had been raised and surrounded by strong, loving women, and explained it was hard for him to express an even higher level of love and appreciation for the mothers of the world.

Was so proud and excited to watch Jumanji with my man and congratulations to everybody who was a part of it because the movie is SO good!!! Felt so good to sit in the theater and laugh out loud @therock @kevinhart4real @jackblack @karengillanofficial @danygarciaco @hhgarcia41 and even shed a tear at the end. Congratulations all!!.. saw a few men tear up around me but I promised I won’t name names lol 😉 Thank you for a night of magic @therock ❤️ and for palming our belly! ?✨✨✨#Jumanji

The muscle-bound American, who has become one of the biggest names in the acting scene in recent years, also urged other fathers to contribute in the delivery of their children, saying: “Be by your lady’s head when she’s delivering, being as supportive as you can.. holding hands, holding legs, whatever you can do.”

Yes, it appears even a third trip to a delivery room has affected Johnson. “If you really want to understand the single most powerful and primal moment life will ever offer – watch your child being born.”

Skin to skin. Our mana. Blessed and proud to bring another strong girl into this world. Tiana Gia Johnson came into this world like a force of nature and Mama @laurenhashianofficial labored and delivered like a true rockstar. I was raised and surrounded by strong, loving women all my life, but after participating in baby Tia’s delivery, it’s hard to express the new level of love, respect and admiration I have for @laurenhashianofficial and all mamas and women out there. Word to the wise gentlemen, it’s critical to be by your lady’s head when she’s delivering, being as supportive as you can.. holding hands, holding legs, whatever you can do. But, if you really want to understand the single most powerful and primal moment life will ever offer – watch your child being born. Its a life changer and the respect and admiration you have for a woman, will forever be boundless. And to my third and youngest daughter, Tiana Gia – like I did when your two older sisters Simone Alexandra and Jasmine Lia were born, you have my word, I’ll love, protect, guide and make ya laugh for the rest of my life. Your crazy dad has many responsibilities and wears many hats in this big ol’ world, but being your dad will always be the one I’m most proud to wear. Oh and one more thing.. you’re gonna love rollin’ in daddy’s pick up truck. #TianaGiaJohnson? #3rdDaughter #BlessesAndGratefulMan #ImInTROUBLE

A big congratulations to Lauren Hashian on a successful delivery, and well done to The Rock for helping out where he could.

Share this article, if you agree that everyone needs to respect the strength of women!