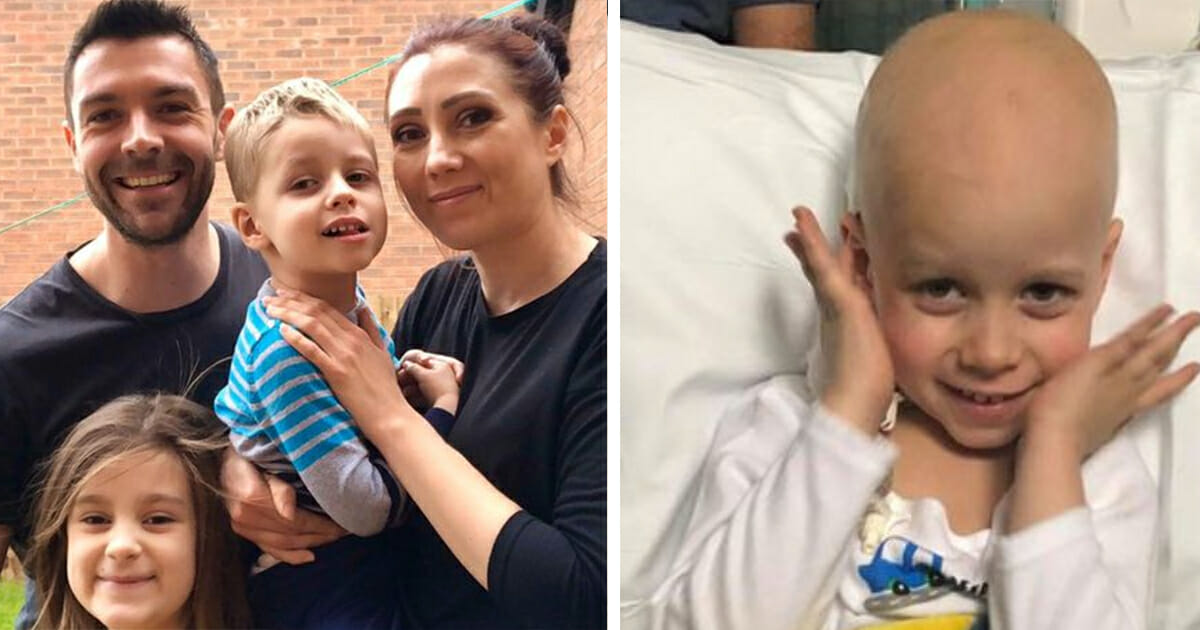 The parents of a brave little boy battling a cancerous brain tumor have said they are doing everything they can to make memories as he may be spending his last days in lockdown due to coronavirus.

The pandemic has gripped the world, prompting many countries to enforce quarantine measures. Jo and Matt Deeley live in Britain, which is currently in lockdown, and their three-year-old, Xander Deeley, has a form of brain cancer that could claim his life before normality is restored.

Mom Jo is now urging other parents to cherish every moment they have with their children, and to make sure they stay at home while the threat of COVID-19 remains.

“It does upset me when I see people moaning and groaning about being stuck indoors while the country is in lockdown.

“So many people will come out of this and one day be able to return to their normal lives – but that won’t be the case for us. My child isn’t likely to be here at the other side of all this.

“I just want parents to realise how precious their children are. Yes, they can be testing, but being around them 24/7 while the schools are closed can also be a chance to make memories. We have to treasure every moment with our little ones.”

Jo, from Solihull, in England, first noticed something was wrong with Xander last June, when he was vomiting and said he felt dizzy.

She and husband Matt thought it might be an ear infection, only to be left heartbroken when doctors found an aggressive brain tumor.

Xander has since had three major operations and has been on a course of intensive treatment – sadly, the cancer has spread and is now past the point of curing.

Jo explained: “He was in nursery at the time, so I assumed he’d just picked something up, like kids do. He would rally for a few days and seem fine, then go back to being poorly.”

Despite going through numerous operations, the rarity of Xander’s cancer meant that his prognosis was never good. And yet the three-year-old has battled bravely, inspiring his parents with his will to go on despite everything.

Sadly, however, Jo and matt were recently called in after a scan showed that two more tumors had sprung up on his spine.

Jo said: “We knew it was bad when the hospital called us to say we had to come in person, despite the country locking down due to the coronavirus.

“To be blunt, it was game over. They told us very gently that there was nothing else they could do. It was absolutely devastating.

“Because the Covid-19 outbreak means things like clinical trials are on hold too, every last little bit of hope has been snatched away from us.”

Xander must now remain in isolation due to his immune system being in such a vulnerable state after his cancer treatment. Jo isn’t sure how long her baby boy has left but her and Matt are aiming to make the very most of the time.

“In a sense, it’s almost a relief that Matt and I can’t work at the moment because of the virus, as that means we can spend every single day with Xander and Elora, making memories as a family.”

What a truly devastating situation for this poor family to be in. Cancer is such terrible disease and one that we must never stop fighting.

Our thoughts and prayers go out to little Xander – here’s to him living for as long as possible.

Please share this article or leave an encouraging comment for Xander’s parents, Jo and Matt. They’re in the middle of a situation no parent should ever find themselves in and they need all our prayers!