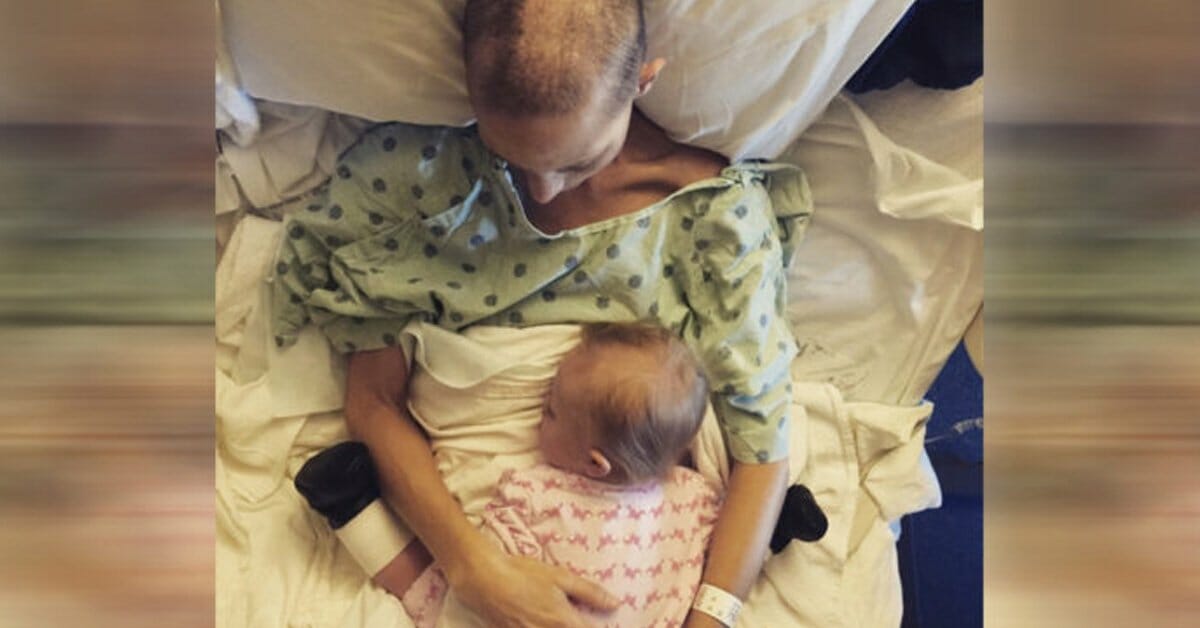 Fans of country music – and indeed fans of music in general – might recognize the name Joey Martin Feek.

She was a country singer and musician who truly lived a life worth living. Sadly, in 2016 she said goodbye to the world.

Joey was diagnosed with cervical cancer back in 2014. She embarked on a gruelling course of treatment and surgery, and appeared to be cancer free. Just one year later, however, she began to feel unwell again. Tests determined the cancer had returned, metastasising to her colon.

Once again Joey set out to beat the terrible disease, receiving both chemotherapy and radiation treatment. Unfortunately, though, this time the treatment wasn’t as effective.

Eventually, Joey and her husband Rory came to the joint decision that she would stop treatment.

Instead, the couple would focus on enjoying the remaining time they had. Their aim was to help Joey find comfort during her final days.

I'm sincerely heart broken after learning the news of country artist Joey passing today. Those who have followed her story in country music know it's been one of love, being in the moment, and living to the fullest. While cancer effects many of us personally, our families and our friends, it's our duty to embrace the little things in life such as a beautiful sunset, a child laughing, and telling someone you love them…just because! We will never get this time back. Life is a series of moments. Those that have been through it and have experienced it, know and understand it. It's up to us to honor those that are fighting the fight and to honor those that have lost their battle to embrace the here and now. I can't imagine how difficult it was for Joey to sing this song knowing she may not be here. It's raw and real and her memory will live on through her voice. Rory is blessed to have an amazing wife who had the courage to sing this song knowing that the end would come. As a woman who knows countless women who have been in this position & recovered, and now currently going through treatment & to those that we have lost….we owe it to them to embrace the small moments and at the same time live life to the fullest. I think "I hope you dance" by Lee Ann Womack sums it up. #breastcancer #cervicalcancer #cancersucks #roryandjoey #roryandjoeyfeek #i #cancer #cancerawareness #countrymusic#cervicalcancer #breastcancersurvivor #country #tennessee #indiana #liveinthemonent #omoravr #god @coachtomferry #loveyourwife #noregrets #realestate @roryandjoey #thesimplethingsinlife #countrymusic #cmasneedtohonorhere #tooyoung

Joey was set up in hospice care, where she could be close to Rory and her daughter, Indiana, who was but 1-year-old.

The brave 40-year-old spent all the time she could with Indiana and her pet puppies. They played, they cuddled, they talked and they laughed.

Alas, after a time the cancer began to break her down, and Joey required morphine to cope with the pain. Joey passed away in March, 2016, a short time after Indiana’s second birthday.

Rory, meanwhile, continues to live on the farm they shared together with Indiana.

Watch a tearjerking moment between Joey and Indiana below:

If you want to wish Rory and Indiana all the best in the future, share this article on Facebook.