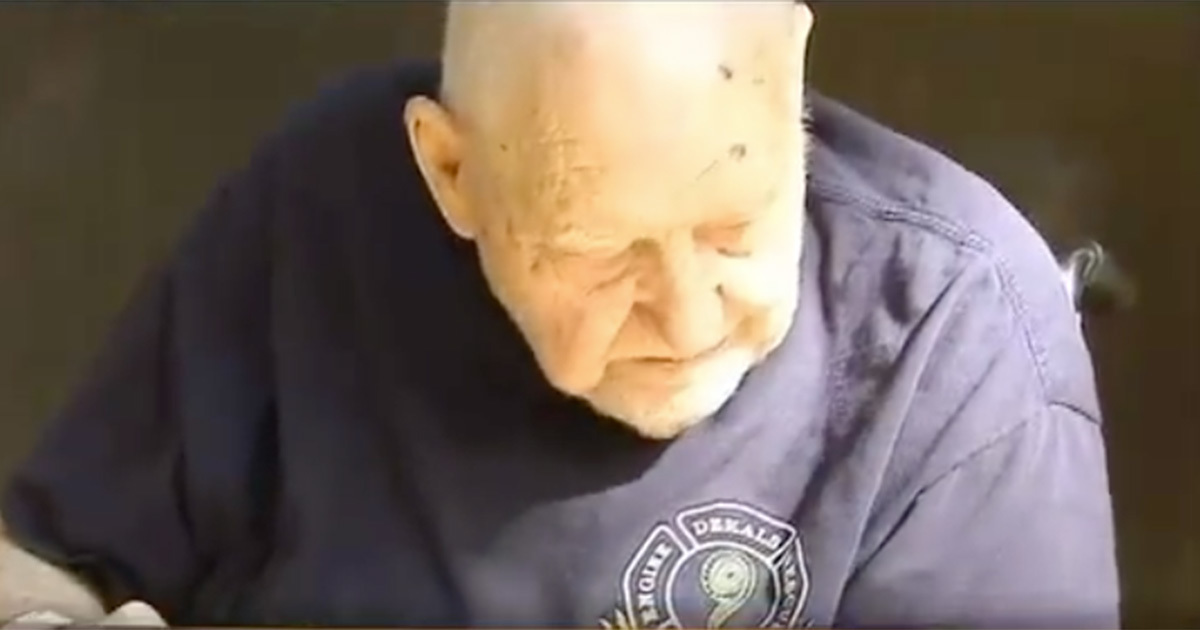 The 82-year-old from Decatur, Georgia suffered from emphysema and dementia and had had several strokes. Because of this, Douglas’ wife, Maxine, placed countless phone calls to the nearby fire station.

But what the firefighters on the other end didn’t know was who Douglas really was.

Firefighters from Dekalb County’s Station 9 were dispatched to Douglas Marks’ house many times. They offered medical assistance to Douglas and exchanged pleasantries with him and his wife, Maxine, before going on their way.

“I don’t know how many firemen have been in my house,” Maxine told Fox5 Atlanta.

But they never who it was that they were helping… until one day, the truth was revealed during one of those emergencies.

Douglas Marks was actually one of them. He started working at the fire station in 1960 and retired 25 years later. And at that point, he was the oldest living firefighter from DeKalb County’s Station 9.

The firefighters didn’t have any idea. But once they found out, they listened to Douglas’ old stories and immediately felt a great affinity to one of their station’s early heroes.

“Even though we didn’t work with Mr. Marks, we have that bond with him, if that makes sense. We know what he did because we’re now doing the same thing,” fire chief Shane Jones told Fox5 Atlanta.

Since Douglas’ time, the station has grown from 32 employees to 650. Back then, the station was like a little family. And today, even with hundreds of employees, the staff is still as close as ever.

During a visit to Douglas’ house, some firefighters noticed that his home was in desperate need of repair. So they returned on their day off and built Douglas and Maxine a new porch and a wheelchair ramp.

It was their way of paying back a man who served their station and the public for 25 years.

But that wasn’t all. The firefighters promised to return again to fix the roof, put in new flooring, and replace the insulation.

“From the bottom of my heart and his heart, it would be greatly appreciated,” Douglas’ wife, Maxine, told WSB-TV.

Douglas and the firefighters became like family before the retired hero passed away in the spring in 2016.

Check out this nice video about the Douglas and the firefighters here:

Thanks to the fine firefighters who gave back and showed love to one of their own!

We shouldn’t forget to appreciate our elderly, who built the society we live in today. Share if you agree!