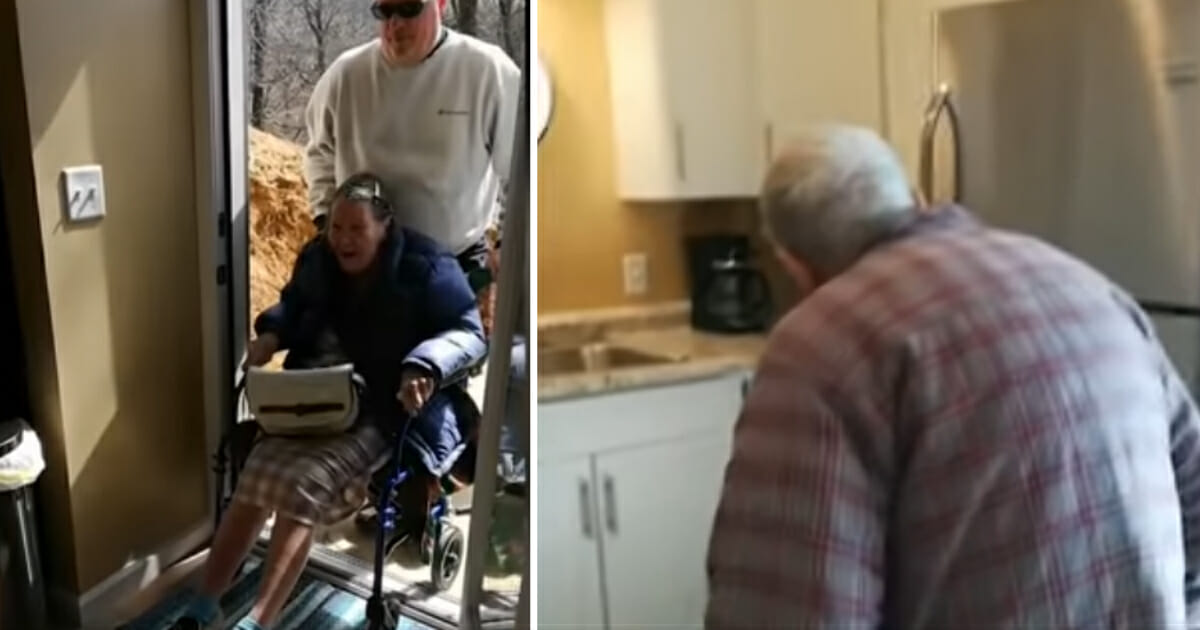 Getting older is a part of life: our bodies start breaking down and our health declines. It’s never pleasant, but we don’t have much of a choice. It’s easier when there are loved ones near to keep an eye on us and help us when we need it.

This was the case of Bonnie and George Miller, both in their 80’s. They were approaching an age at which their son, Shon, knew that they would probably have to live in a home for senior citizens. Who knows if they would even be together?

Then, Bonnie fell and broke her shoulder. That’s when Shon and his wife Jeannie started to seriously consider putting them in a facility.

But it broke his heart to think about his parents living in such a place. None of the ones they visited were suitable for them, so he decided to do something about it.

He and his wife came up with a drastic plan. They tore down a wall in their basement, which served as a rec room. they removed all of their belongings, including the pool table and the karaoke machine. The humble rec room was totally transformed into a suite just for his parents’ use!

The couple then surprised Bonnie and George Miller with their generous gift… Just see their reaction – they’re overwhelmed!

What a loving son a daughter-in-law. There’s nothing they wouldn’t do for the elderly couple to ensure that their golden years are as comfortable as possible.

This is one of the sweetest things we’ve seen today. This man really loves his parents and appreciates everything they’ve done for him. His good deed will come back to him later in life! If you think so too, please share!