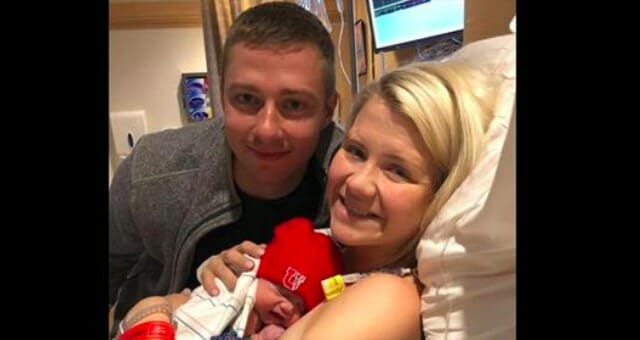 No one is immune from experiencing pain in their life. Various degrees of it can challenge and gravely hurt us — but negative experiences don’t have to define us. We are the captains of our own destiny.

But don’t take my word for it — why not take it from Elizabeth Ann Smart? This name probably sounds familiar and for good reason: Elizabeth made headlines everywhere after being kidnapped and used as a sex slave for 9 months.

She was just 14 at the time, and 9 precious months of her life were stolen. But as she is proving to the world today, those 9 months will never, ever define her future.

The horrors occurred in 2002, when Elizabeth was just 14. The young teen was kidnapped from her Salt Lake City, Utah home and taken to an obscure location where she was greeted by a woman and informed that she would now be ‘servicing’ her abductor, Brian David Mitchell.

The wicked man called himself a ‘prophet’ and used Elizabeth as a sex slave for 9 months.

But it’s been leaps and bounds for Elizabeth since her rescue.

“I may always be known as the girl that was kidnapped,” she said in a Facebook video.

But Elizabeth refuses to allow that nightmare to define who she is or to dictate the course of her future.

Instead of allowing her dreadful, traumatic experience to destroy her, Elizabeth decided to follow her mother’s advice:

“The best punishment you could ever give them is to be happy … by holding on to the past … that’s only allowing them to steal more of your life away from you.”

HAPPY ENDINGS..MISSING CHILDREN CASES….Elizabeth Smart was 14 years old when she was kidnapped at knifepoint from…

Captain of Her Destiny

Elizabeth gradually recognized that nothing could be more true. She took her life in her hands and decided she would forgive what had happened to him — not for the sake of her captors, but for herself.

“God made us so. He gave us the ability to forgive,” she said. “To leave our past behind. To look forward instead of back.”

And that’s exactly what Elizabeth has done. In 2012, Elizabeth married husband Matthew Gilmour. They had their first daughter in 2015, then a son in 2017. Now the couple has welcomed a third beautiful child into the world, Olivia.

Elizabeth is also an author and a motivational speaker. She runs the Elizabeth Smart Foundation to “prevent future crimes against children” and help victims of crimes.

So happy to welcome Olivia to our family! ❤️❤️❤️❤️❤️

Watch a most inspirational talk from Elizabeth in the video below.

What an inspiration Elizabeth is! The fact that she was able to overcome such a traumatic experience really helped put my own life into perspective. Let’s share her wisdom with everyone we know.