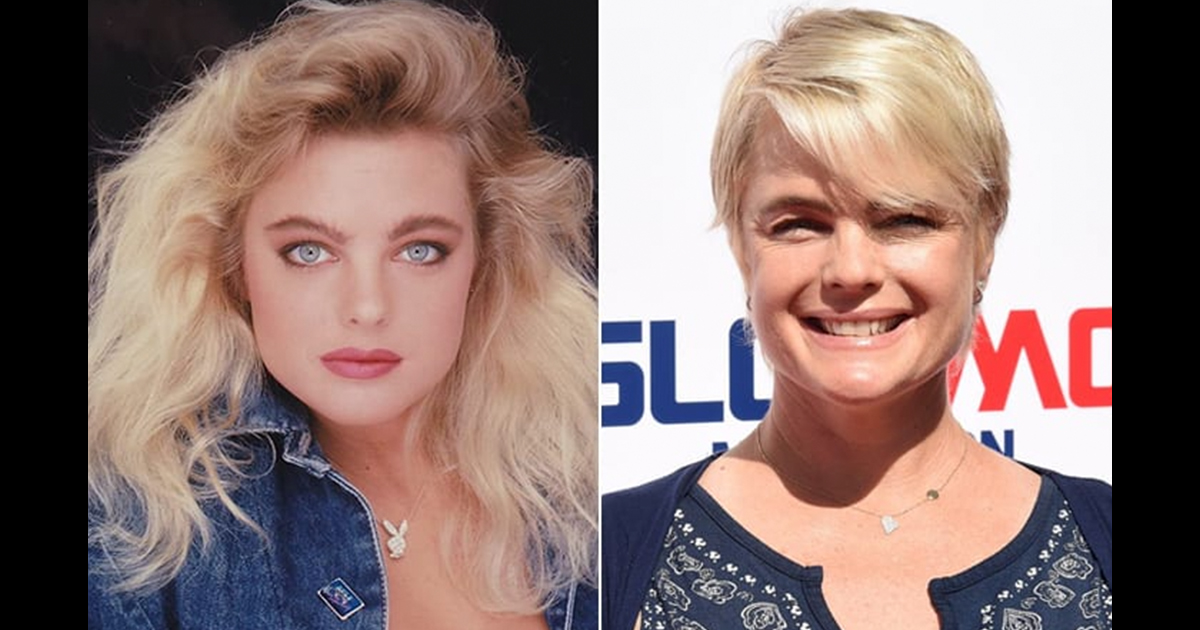 If you’re anything like me, you’ll take a degree of interest in the evolving careers of actors and singers.

Sure, I like to witness how their talents develop and how their projects grow and differ over the years, but I also get a burst of nostalgia every time I see a star – either on-screen or via general internet scrolling – that I remember from my youth.

That happened to me recently when I came upon a certain actress and model that I hadn’t seen in years. In the ’80’s and ’90s’, Erika Eleniak graced our TV sets through appearances in numerous series, stealing the hearts of many and making it rather difficult to look away.

Through the years, Erika worked as a model before becoming a mainstay in Baywatch. She also featured in minor roles in such projects as Steven Spielberg’s E.T. the Extra Terrestrial, The Blob, The Beverly Hillbillies and Chasers.

Somehow – and no, I don’t quite believe it either – the blonde bombshell recently turned 51 years old!

So what is she doing these days? Has she retained that radiant beauty? Here’s all you need to know about Erika Eleniak …

Erika Eleniak was born on September 29 in Glendale, California. She has Ukrainian heritage on her father’s side, while her mother is of Estonian and German descent.

For some future stars, it’s a long time before they realize that they have the ambition to get in front of a camera and perform for others, but it would appear that Eleniak’s potential was clear from an early age.

At just 12, she landed her very first feature-film role when she appeared in the 1982 blockbuster E.T. the Extra Terrestrial. It was a small role, and required only that she be kissed by the film’s main character, Elliott, in the classroom scene.

Even so, it paved the way for a string of other appearances, which though minor, would lay the groundwork for bigger roles later on.

At 18, Erika played the role of Vicki De Soto, a victim of the creature in 1988 horror film The Blob. She then went on to get work in the 1993 film adaption of The Beverly Hillbillies, starring as Elly May Clampett, and played the girlfriend of John Stamos’s Jesse in a 1990 episode of Full House.

Yet, without a doubt, the role many people will remember her for came via Baywatch, in which she starred from 1989 to 1992. Aged just 20, Erika portrayed Shauni McClain in what would turn out to be a career-defining role.

Her character is initially a young upstart in the Baywatch team of lifeguards, but is taken under the wing of Jill Riley (played by Shawn Weatherley), the most experienced member of the team.

Fans of the show will quite rightly often associate Pamela Anderson with being the beautiful blonde known to TV history, but before Pamela’s footprints were left in the sand, there was Erika.

In an interview earlier this year, she said: “I loved being there, and I loved the role, especially the second season.

“I got some great storylines. I really got to dig my chops into some good acting roles.

“We did Baywatch to be a serious look at lifeguarding. There were cop shows, doctor shows, lawyer shows and no lifeguard shows.”

Yet given the show’s oftentimes scantily-clad nature and booming success, it later began to change direction. The result was something Erika wasn’t entirely comfortable with.

“For me, as soon as it became even sexier, when it became syndicated, it was definitely not comfortable.

“It ended up being a bit of a push and pull between myself and the producer sometimes.

“So when Pamela came on, it was just the perfect fit for Baywatch – she was definitely footloose and fancy-free and loved being more of an exhibitionist than I did.”

Erika left Baywatch 1992 when Pamela Anderson came on the scene, but her role will always be remembered fondly.

“I feel like it was good timing. I got to do one year where it was really conservative on NBC and one year in syndication,” she explained. “And the cast and crew were phenomenal. It was a great experience.”

Interestingly enough, Baywatch also impacted Erika’s personal life, too. At one point in time, she was engaged to co-star Billy Warlock, who had also played her love interest on the show. The two, however, were not meant to be.

Instead, she married bodybuilder Philip Goglia in 1998, only for the pair to divorce just sixth months later. It wasn’t until she filmed the 2001 flick Snowbound that Erika found true love when she began dating key grip Roch Daigle, who had also worked on the film.

The couple would go on to marry, with Erika purchasing a home in Calgary, where Roch lived. She fell pregnant in 2005, but suffered a miscarriage at just six and a half weeks.

The pair were more fortunate the next time around, when Erika fell pregnant with, and then gave birth to, a healthy baby girl.

As you can imagine, Erika’s lived a hectic life in and out of the show business spot light. And yet, to look at her, you can still see every ounce of the shining beauty that caught the eyes of so many TV viewers back in the day.

In fact, one could go as far as to say that Erika, having turned 51 in September of this year, is proof that the ageing process doesn’t have to be seen as a vice to be feared. On the contrary, more recent pictures prove that she’s still very much beautiful, both inside and out.

Though it’s true Erika isn’t super active in front of the camera these days – she’s only made sporadic appearances in films over the past few years – she keeps herself busy.

As per her Instagram account – on which she regularly posts pictures and updates to her 44,000 followers – she’s also the creator/host of The Spiritual Alchemy Podcast, and describes herself as a ‘proud mama’.

Many people may have forgotten about Erika Eleniak, but I certainly haven’t. Admittedly I was a huge fan of Baywatch during the show’s early days, so perhaps that’s why, but I just get such healthy, positive vibes from the life Erika’s led to date and the one she continues to lead.

Please, share this article on Facebook if you were or are a fan of Erika, and if you think she remains stunningly beautiful to this day.