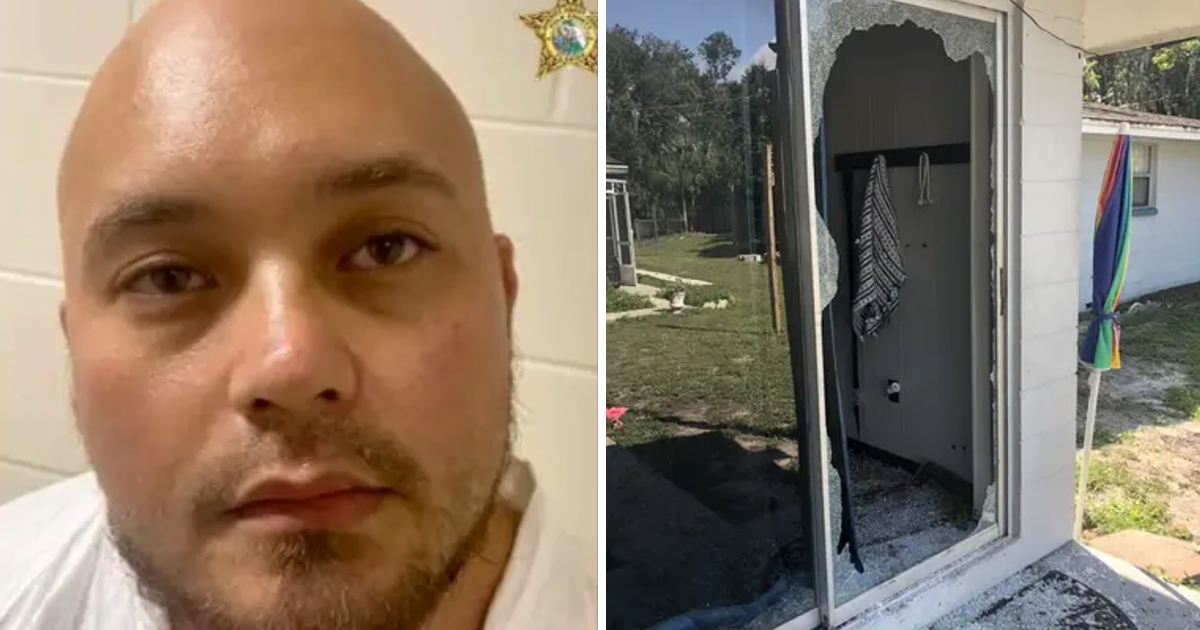 A former Marine who said that God had spoken to him directly allegedly murdered a mother, father, grandmother, and 3-month-old baby boy, as well as seriously wounded an 11-year-old girl.

According to Sheriff Grady Judd, of Polk County, Florida, the horrific incident was a “totally unprovoked mass murder”, during which the family’s dog was also killed.

In a press conference yesterday (Sunday, September 5), one of the victims was named as 33-year-old Justice Gleason of Lakeland, Florida. The names of the women and children were not made known due to State privacy laws.

The suspect in the shootings has been identified as Bryan Riley, 33, of Brandon, Florida. Riley is an ex-Marine who served in Iraq and Afghanistan before his honorable discharge in March of 2011.

After the killings, he is said to have surrendered himself to the authorities. He has not yet been charged.

Sheriff Judd told how Riley had no relationship with any of the victims – it’s believed he met them for the first time on Saturday evening.

As per reports, deputies were called to a family residence in a rural area at around 7:23 p.m. in response to a report about a suspicious person refusing to leave the property.

According to BuzzFeed, an individual, later identified as Riley, approached Justice Gleason while he was mowing his front lawn, and demanded to talk to “Amber”. Sheriff Judd stated that the suspect claimed this was one of Gleason’s daughters.

Riley told Gleason that he had been sent by God to stop “Amber” from killing herself. Gleason and another person told the man to leave, but he refused, and so they called the police. By the time officers had arrived, Riley was gone from the scene.

Then, at around 4:22 a.m. on Sunday morning, the sheriff’s office began receiving calls about gunfire. Responding officers arrived to find a truck on fire in the front yard and glow sticks stuck in the ground, arranged in a line leading up past the house.

A man dressed in camouflage was standing just outside of the house, but ran back inside when he saw the arriving deputies.

Officers then heard more gunshots from inside the house, followed by the sounds of a woman screaming and a baby whimpering. When deputies tried to open the front door, they found it locked from the inside. An officer then tried to access the residence via the back door, but was shot at by the man in camouflage.

The suspect injured three law enforcement officers and sustained an injury himself before exiting the house with his hands raised in surrender. He was transported to hospital and told officers en route that he was a “survivalist” and had taken methamphetamine.

He later had to be restrained in the emergency room after trying to grab an officer’s gun.

Tragically, officers entering the residence found the bodies of Justice Gleason, a female victim, and a 3-month-old baby boy, who had been shot in her arms.

They also found the body of a 62-year-old woman in a neighboring house on the property, the mother of the other female victim. An 11-year-old girl who had been struck by “at least seven bullets,” was rushed to Tampa General Hospital, where she is in stable condition.

Bryan Riley’s girlfriend told authorities that he had worked security at a church a few weeks ago and returned home to say that God spoke to him.

My heart goes out to the victims of this harrowing, mindless crime. All our thoughts and prayers are with this family.

Please, share this article on Facebook if you, too, want to send your love and support where they’re needed.