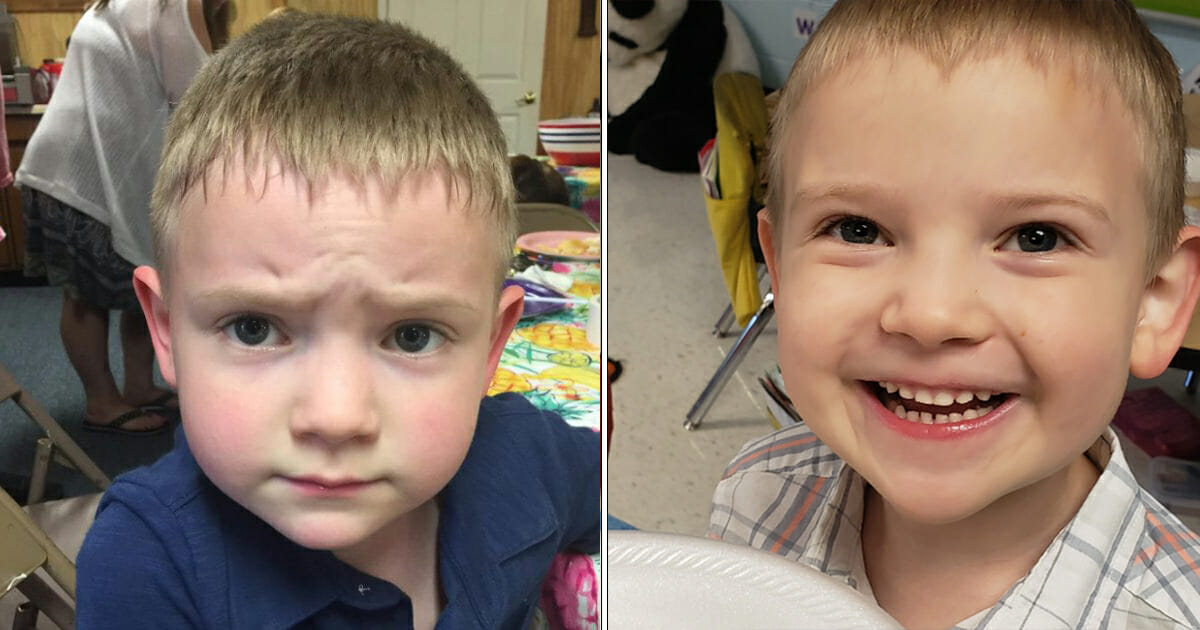 When it comes to children, I think there should always be leeway afforded as regards punishing their behavior.

Of course, kids need to be reprimanded when they continuously break the rules, but being overly harsh or punishing your child when they haven’t done anything wrong is not the way to go.

Which makes the following story all the more significant. The family of a five-year-old boy with autism has spoken out against East Ridge Elementary in Chattanooga, Tennessee, after claiming they punished him for hugging classmates.

Family of 5-year-old boy w/ autism says school accused him of 'sexual harassment' after hugging child, kissing another on cheek
It came from a teacher in Chattanooga, TN, about 3 weeks ago, it was about Nathan — a kindergartner.@GovTennesseehttps://t.co/ZVA8DrQyeH

As per WTVC, the school’s principal said staff had spoken with five-year-old Nathan several times, before calling his guardian to talk about “boundaries” and then filing a report to state authorities.

“I was sick to my stomach,” Putnam said to WTVC. “The teacher called me and she said, ‘You need to have a talk with Nathan about boundaries.’”

A FIVE-YEAR-OLD with autism has been reported by his school for “sexual activities” after hugging one of his classmates.
The boy, named only as Nathan, is a pupil at East Ridge Elementary School in the city of Chattanooga, Tennessee.
https://t.co/yh9Qq13clN

Putnam says Nathan was accused of sexual behavior because he hugged a classmate and then kissed another on the cheek.

“If you don’t understand how autism works, you’ll think he’s acting out or being difficult,” Putnam said, “but, that’s not the situation.”

She went on to explain how Nathan can often have difficulty reading social cues as a result of his autism.

Speaking to the Epoch Times, she said: “We don’t talk about it around Nathan. He doesn’t understand a lot of it and The [sic] big issue is this will stay on his record permanently. I have to be his voice because he doesn’t have one.”

Nathan has since been enrolled in special education services with different teachers and classmates, but this incident is sure to have impacted upon him.

I don’t know about you, but it sounds unnecessarily harsh to have punished Nathan in such a way given the circumstances.

Here’s to hoping he can move forward and thrive!

Share this article if you think the school should have acted in a more understanding manner.