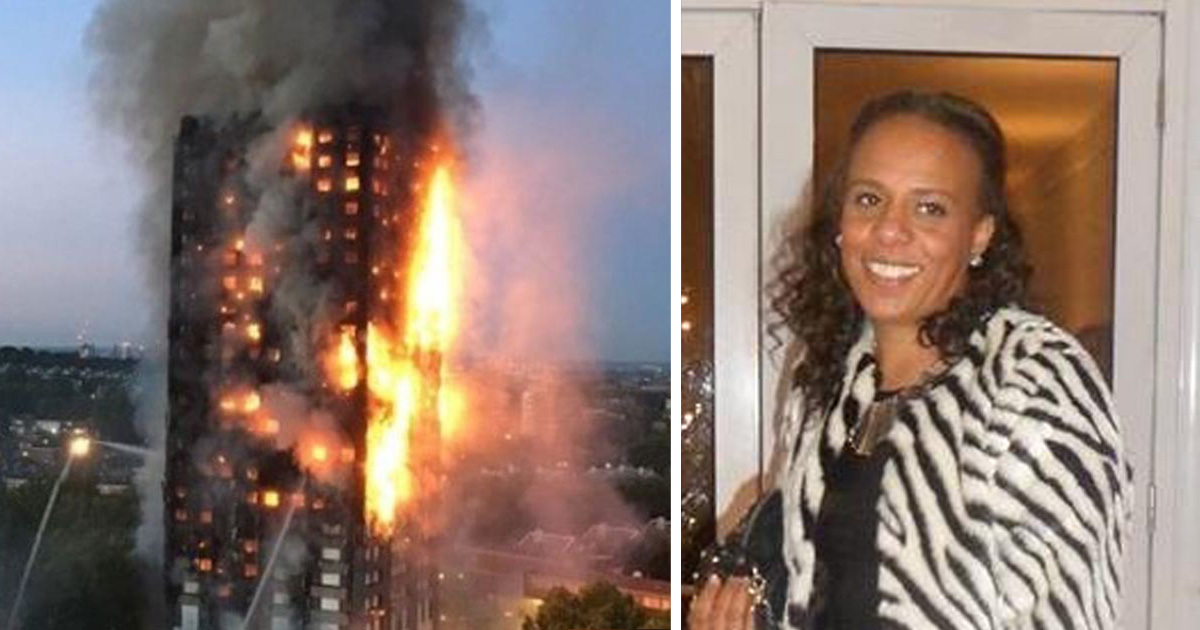 By now, we’ve probably all read and touched by the terrible fire in Grenfell Tower, London. It’s hard to imagine how terrible it must have been to be in the burning building – and many tragic stories have been spreading in the media about those who didn’t survive.

But the devastation has also revealed the face of kindness, courage and love.

Mother Natasha Elcock managed to save herself and her family thanks to her quick thinking – and now she’s being hailed for her courage.

39-year-old Natasha Elcock found herself in her 11th floor apartment with her boyfriend and 6-year-old daughter when the fire broke out that terrible Wednesday, writes the British Dailystar.

They were locked in their apartment with no opportunity to escape. As the fire increasingly spread, Natasha suddenly had the idea to flood the bath with water, in order to make it difficult for the fire to spread into their apartment. She turned the tap to full blast and blocked the drain, until the bathroom floor and the rest of the apartment was filled with water.

“We had our little girl on the wet floor and we went to the coldest room,” the mother later told the Dailystar.

Once there, they could only wait as they heard the fire approach.

“The door was buckling and the windows bubbling and cracking. It was terrifying.”

After one and a half hours of waiting, the fire department advised the family to try to get out, but the handle to their front door was too hot. They could not reach the emergency stairwell.

Natasha called for help nearly 100 times before it finally arrived – it was nearly 3:00am when rescue personnel finally entered the apartment. They were assisted in leaving the apartment – and had to climb over a dead body and through plenty of smoke before they could exit.

They were taken to hospital to care for smoke damage, but all survived.

Natasha may have saved her family by flooding her apartment. Now I hope they recover from their smoke inhalation and can move on after this terrible event.

Our thoughts go to all the victims of the fire and their relatives. Share to honor Natasha’s great thinking and courage.