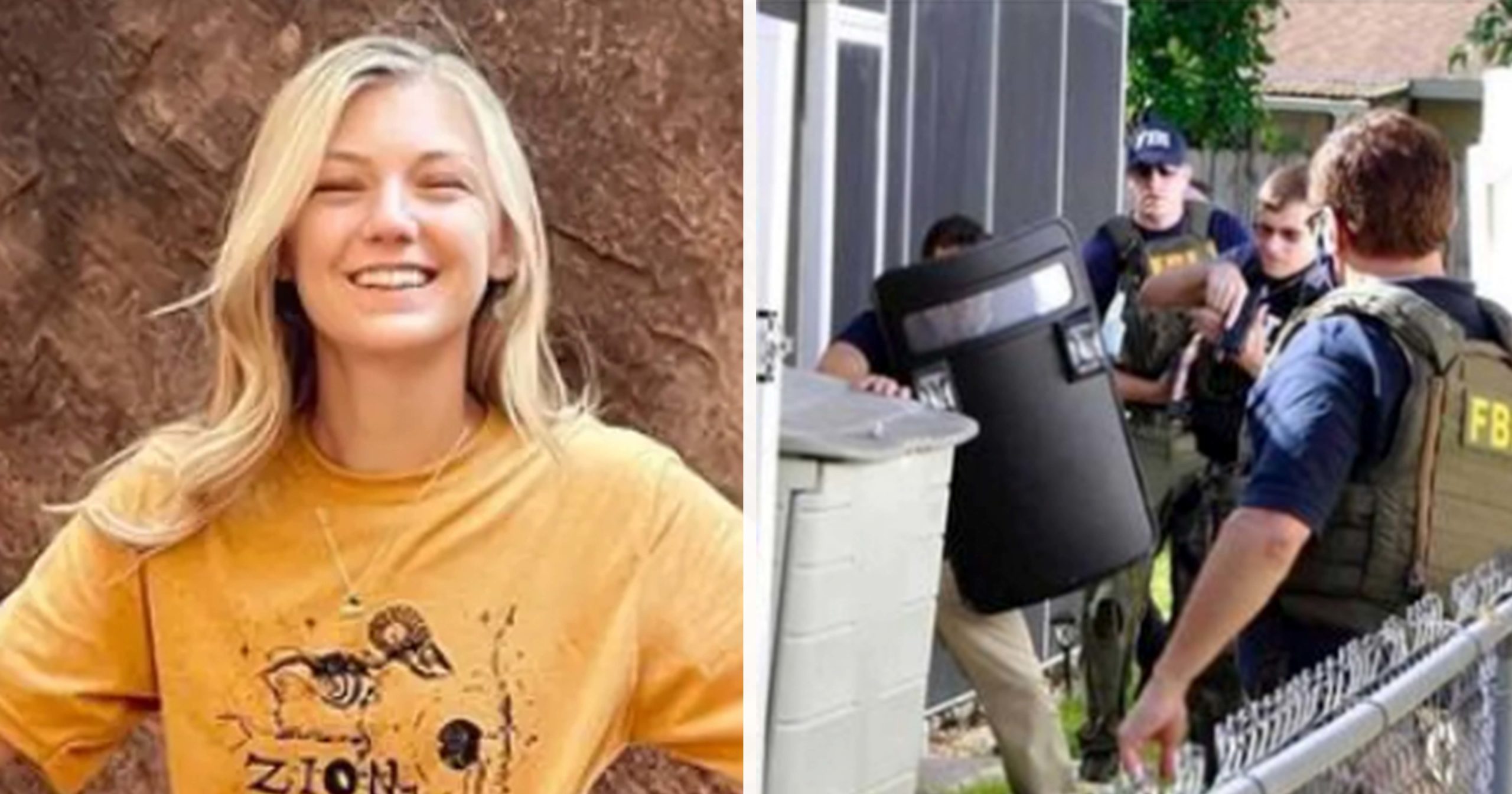 The FBI have forced the parents of Brian Laundrie, partner of Gabby Petito, out of their home in Florida and labeled it a crime scene.

The case regarding the disappearance of Gabby has gripped the US over the past week. The 22-year-old was reported as missing by her family on September 11 after not contacting them for 13 days.

Though there have been many twists and turns to date, an aspect that was abundantly clear from the beginning is that there was something awry with Gabby’s disappearance.

She and her boyfriend – the aforementioned Brian Laundrie – had been on a cross-country road trip – and her last last known location was Wyoming’s Grand Teton National Park.

Brian returned home two weeks ago, however, without Gabby. When he arrived in Florida, he quickly hired a lawyer.

He also then refused to talk to the police regarding his fiancés whereabouts, and vanished altogether from his parents’ home on September 14.

At the weekend, Gabby’s family were dealt a bitter blow when it emerged that human remains consistent with the young woman had been found. A full forensic identification is yet to be undertaken.

All the same, tributes poured in for Gabby, who was an aspiring blogger and YouTuber.

As per reports, yesterday, September 20, Brian Laundrie’s parents were removed from their Florida home as the FBI and local authorities served a search warrant.

The property was taped off with police tape, and a silver Ford Mustang, which had sat in the driveway of the home since late Tuesday evening, was towed from the property.

In the wake of a body being found, Gabby’s father, Joseph Petito, took to Twitter to pay tribute to his daughter. He posted a photo of Gabby standing beside a mural of colorful angel wings, adding: “#GABBYPETITO she touched the world”.

Richard Benson Stafford, the Petito family lawyer, called on the media to “have some decorum and sensitivity for Gabby’s family and allow them to grieve”.

In a briefing at the weekend, police said they are actively looking for Brian Laundrie. North Port police officers have been joined by FBI agents, drones, K-9 and bloodhounds in the search.

My heart bleeds for the family of Gabby Petito. I hope they get some answers soon, and that justice is done as and where it needs to be.