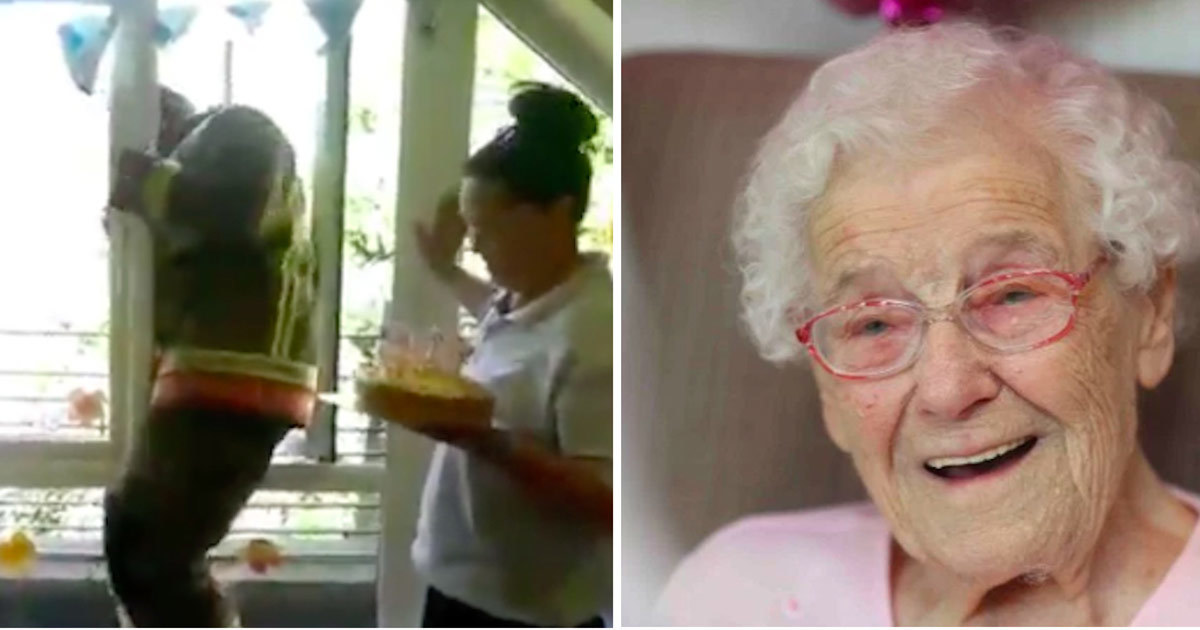 I think anyone who lives long enough to celebrate their 105th birthday should get whatever birthday wish they desire.

And when Ivena Smailes hit this milestone recently, she had something special in mind to mark the occasion.

So what could a 105-year-old possibly want for her birthday that she doesn’t already have? Well, Ivena Smailes wasn’t interested in gadgets or gifts. She just wanted a handsome firefighter with tattoos to climb through her third-floor window at her retirement home in Crawcrook, England and deliver her a cake.

And her wish was her family’s command. They contacted the Tyne and Wear Fire and Rescue Service, and the fire department had absolutely no objection to sending a fireman on a slightly different mission.

“On her bucket list this year she wanted a cake delivered by a fireman with tattoos. We’ve managed to find one and the fire brigade have been fantastic about it; they were arguing over who was going to climb the ladder and deliver it to her,” retirement home staffer Debra Carter told The Metro.

Soon, Ivena’s dream came true—but it wasn’t just one firefighter who climbed up the ladder to invite the delighted lady with a cake. Instead, the entire fire department joined the party!

Wasn’t this a wonderful gesture by the local fire deparment? Share if you agree!