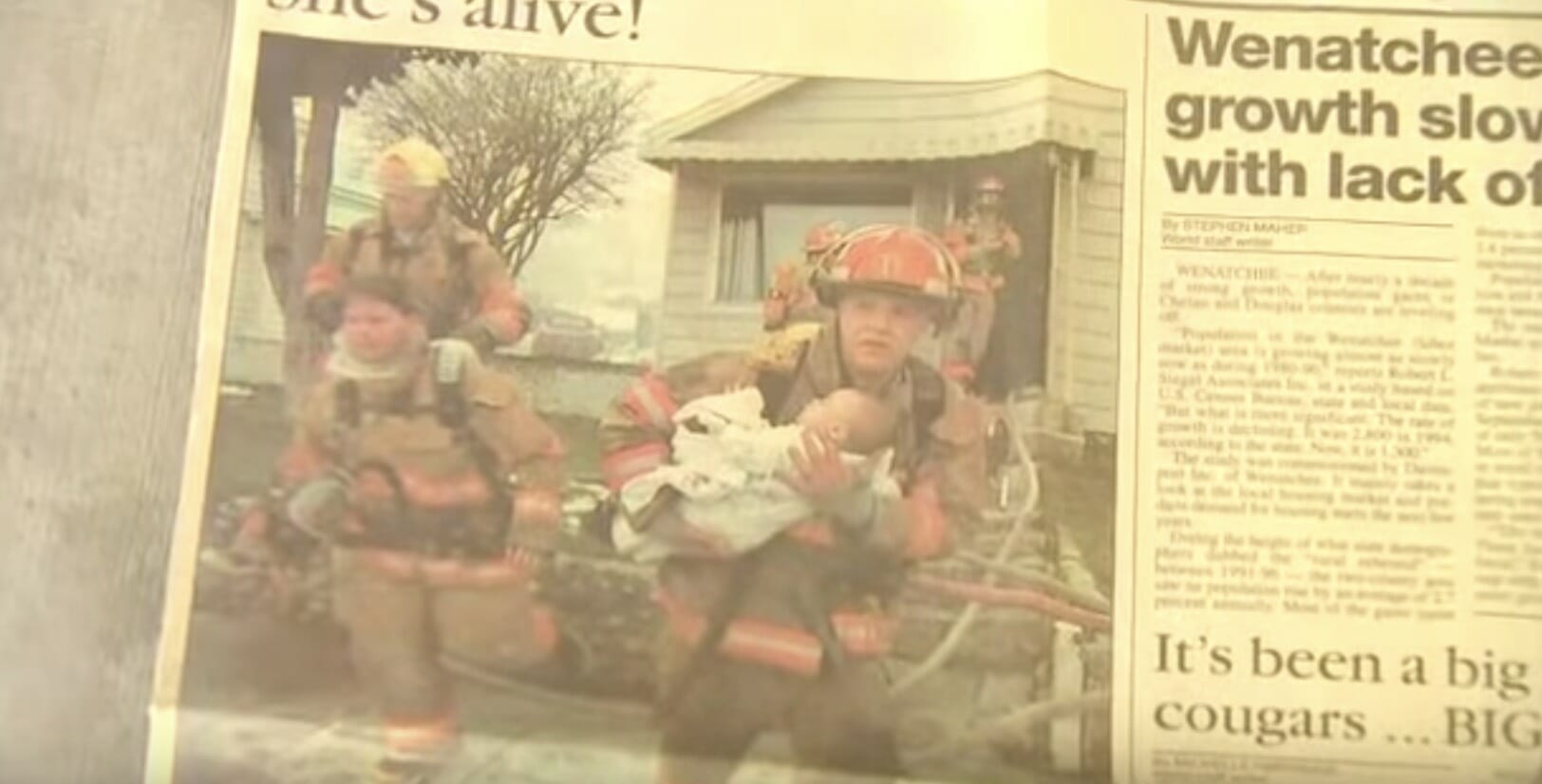 Mike Hughes was a captain with the Wenatchee Fire Department, Washington, 17 years ago when he was part of a team that responded to an emergency involving a house fire.

When arrived on scene, he discovered a 9-month-old baby lying in her crib. Thinking fast, he snatched her up and got her to safety by handing her off to another fireman outside the house.

Almost two decades later, he got an extremely pleasant surprise when he received a message from a high-school senior. As it turned out, the student had a fantastic proposition for him.

Mike Hughes feared the worst when he was part of a firefighting team that got an emergency call to respond to a house fire. Not only was the house in a very bad way when he and his partner arrived, but the call over the radio also stated a belief that someone was in the house.

“Our engine pulled up and the whole interior part of the house was burning heavily,” Hughes told US-based ABC News. “My partner and I went in and I got a call on the radio that they suspected somebody was in the house.”

With the knowledge that there might well be casualties, Hughes and his partner stormed the flames. Hughes himself expected to find someone, and so was taken aback when he discovered a 9-month-old lying in her crib. That baby was none other than Dawnielle Davison.

“I went straight to the place in the house that I thought I’d find somebody,” Hughes continued. “The door to the bedroom was partially open and she was in her crib just squirming so I snatched her up and got her to the front door and handed her off to the first firefighter who was there.”

For Hughes, the outcome of the event was a luxury he’s not used to being afforded in his profession. No one was hurt during the blaze and the recovery of Dawnielle was an obvious plus.

In fact, the operation stuck in his mind so much that Hughes searched online several years later to see what had come of the baby he rescued from the fire. He found Dawnielle, then in middle-school, on Facebook.

“I sent her a note that said, ‘I think i pulled you out of a fire when you were a baby,’” Hughes said. “And she gave me a test…she wrote back, ‘Oh yeah, what was my mom doing?’”

“I replied, ‘Well she was at work and your dad was there.”

Naturally, Hughes was completely right in his recollection. This forged a connection between the pair, with Hughes often attending her track events and crossing paths with her at the local store from time to time.

And yet, even the now-retired firefighter couldn’t have anticipated being offered an invitation to Davison’s high school graduation.

“She sent me an invitation so I thought, ‘By golly, I’m going,’” he said. “It meant an awful lot to me. I was really happy.”

Who’d have thought that 17 years after pulling a baby from a burning building, Mike Hughes would be watching the very same girl walk across a stage on the way to collecting her high school diploma? It’s certainly a story that warms the heart!

You can watch the video below for more on this incredible story:

Firefighters everywhere, we take our hats off to you … you guys are true heroes! Hit the like button if you agree.

What a great story about a bond that stood the test of time. If you, too, liked this then please give the story a share so more people can be inspired!