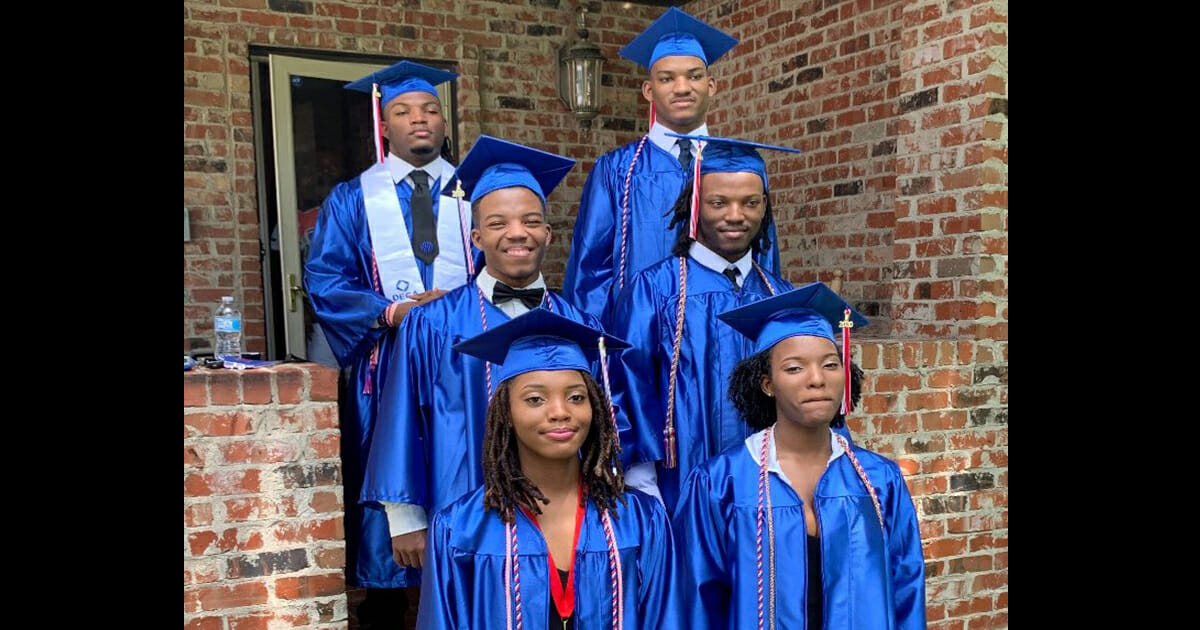 A family of sextuplets from Alabama, famous for being the first set of surviving black sextuplets in the U.S., have graduated high school together.

As per reports, the Harris family, consisting of girls Kalynne and Kiera, and boys Kaleb, Kobe, Kieran and Kyle, graduated from Center Point High School in Birmingham, Alabama.

The six siblings were snapped in a celebratory photo that’s now going viral online, dressed in their graduation gowns and caps.

The sextuplets were conceived in July of 2002 when parents Chris and Diamond Harris turned to fertility drugs to assist them in getting pregnant.

They became the first ever surviving set of sextuplets in the U.S. and went onto achieve national fame when they appeared on The Oprah Show in 2007.

Well done to the Harris family! We’re sure you’ve made your family extremely proud indeed.

Share this article to send some love their way. We’re excited to see what the future holds for these six superstars!