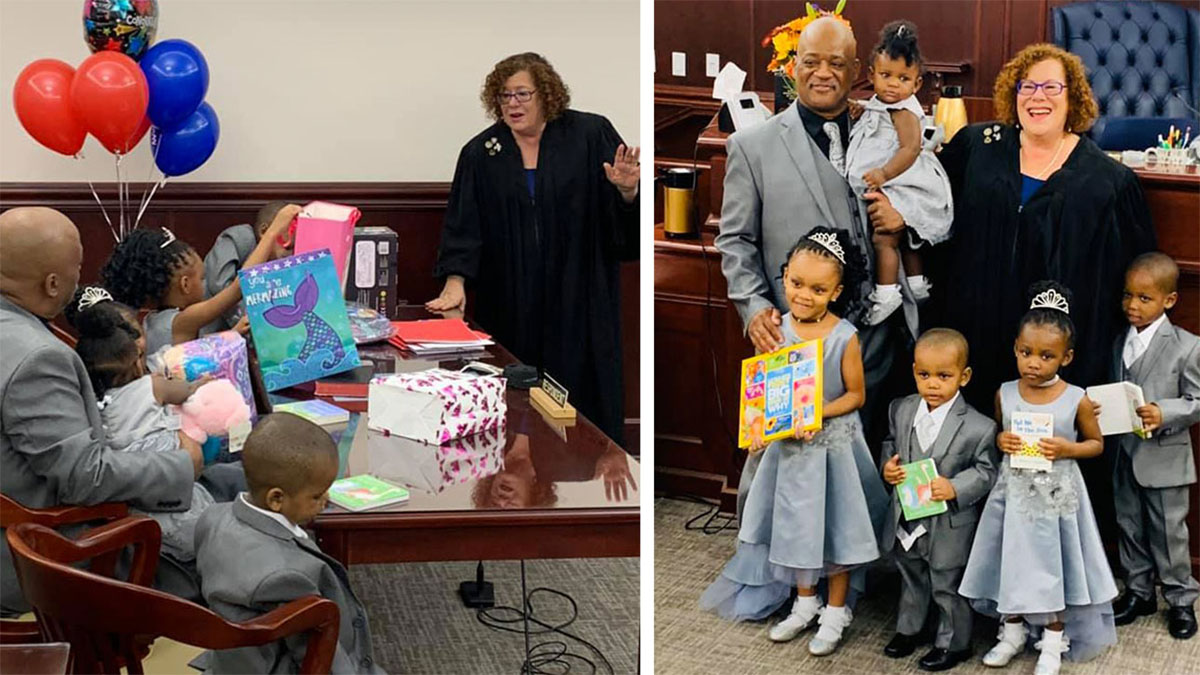 After fostering more than 30 children over 15 years, single parent Lamont Thomas decided to retire so he could spend more time fishing and traveling.

The divorced father of two first opened his home to foster kid Michael Perez in 2001, but this was just the start.

Michael now works as a nurse and is grateful for the loving and stable environment that Lamont gave him.

“I don’t believe that I would be the person that I am today without the morals that he instilled in me and the extended family that I have now,” he told CBS News.

Michael was just the beginning. Over the next 15 years, Lamont fostered more than 30 kids – and all as a single parent.

“Every child that I have had, it was my goal to make a difference in their lives,” he said.

Fifteen years later he retired so he could devote more of his time to fishing and traveling but that didn’t last long.

“It really was a shocker,” son Michael said. “I didn’t expect for him to restart and to do it all over again.”

The retired caterer heard about five siblings all under the age of six who faced being separated, so Lamont adopted all of them.

He became the proud father of siblings Zendaya, 5, Jamel, 4, Nakia, 3, Major, 2 and Michaela, 1, and gets emotional thinking about what he went through to offer them the loving home they deserved.

“I was fighting to keep back the tears,” Lamont told Good Morning America. “Every day I think about it, my eyes swell up. All that we endured to make this happen, it was something.

“I had to help them. They deserved to be raised together,” he added.

“In the beginning, I was helping out some friends. They had lost their child to the system,” Lamont told ABC News. “I went on and got certified and became a foster parent. I haven’t stopped since.”

Michael said Lamont never turned a child away adding, “they either aged out or went back home to their own families.”

With much media attention for the hero parent Lamont has been inundated with mail from women who expressed interest in the big-hearted bachelor.

But he remains single and spent Thanksgiving with his huge family and is more grateful than ever.

This man deserves all the recognition for a life dedicated to helping children. He is a true hero.