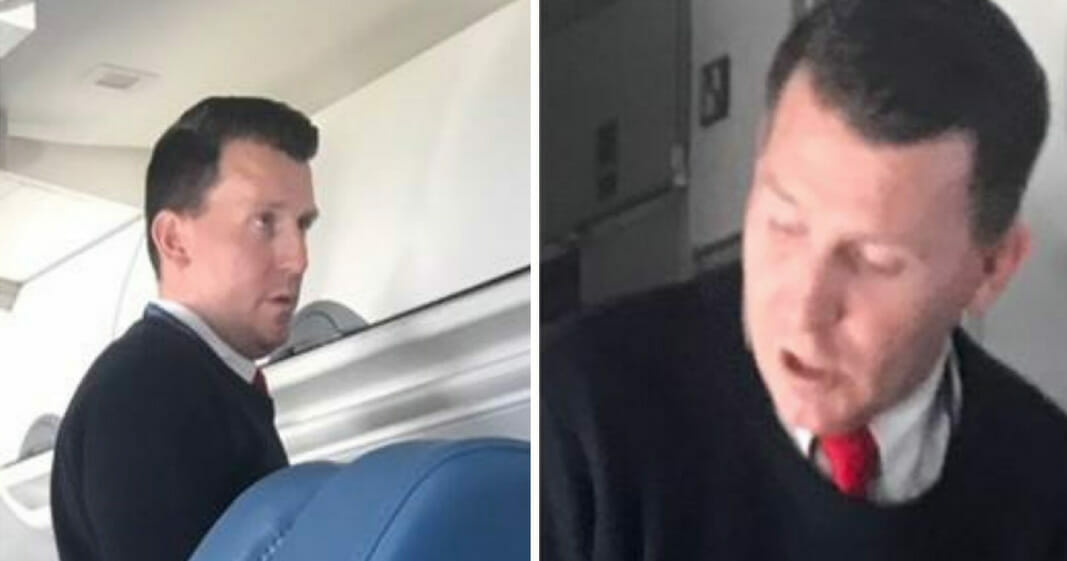 I can only image how many awkward situations cabin crew find themselves in. There’s always someone complaining on an airplane – they don’t like their seats, they don’t like the food and drink, they don’t like the people sitting around them … the list goes on. Of course, for the cabin crew, so often it doesn’t matter what the complaint is, so long as they remember the most important rule: The customer is always right. Someone has to take the criticism with a smile on their face.

What passengers rarely consider is that cabin staff – flight attendants and the like – almost always strive to ensure they’re of the best possible service.

Just ask Sharon Radcliffe, who witnessed the extent of flight attendant Jeffrey Jones’ compassion when a passenger began to show signs of sickness on her flight.

Nurse Sharon Radcliffe was travelling from Detroit to Nashville in early March. But the plane hadn’t even managed to take off before things took a turn for the dramatic.

A few rows away from Sharon, she could see an elderly woman beginning to shake uncontrollably. Clearly distressed, the old woman needed help.

No sooner had he spotted it, did Jones rush forward and collect the woman from her seat. He told her to go to the very front of the plane.

Sharon, concerned that Jones was going to throw the woman off the flight, tried to intervene. Jones calmed her fears, replying that he was moving the elderly woman with good reason. “She’s flying in first class,” he said.

It turned out that Jones had realised the woman suffered from Parkinson’s, just as his own grandmother did. As a result, he knew what stress she must be in and so, without hesitation, acted so that he could make her flight as comfortable as possible. Moving her to first class was just the start.

Sharon wrote on her Facebook: “For the ENTIRE flight I could see him checking in on her, patting her back. helping her get up, walking her (holding hands) up and down the aisle and generally “mother hen-ing” her.”

Jones did everything in his power to make the woman feel safe and secure. He barely left her side throughout the entire flight!

Then, when Sharon asked if he needed her help in taking the woman to the toilet, he explained to her that he had things under control.

Sharon’s post continues: “I asked him if he needed help taking her to the bathroom; he told me ‘I GOT THIS’! He told me his grandmother had Parkinson’s and that he was all good, but that he very much appreciated my offer for help.”

Thanks to Jones’ selfless actions, the flight went well. When they landed, Sharon stayed behind to personally thank him for his great service.

“When I got off the plane, this is what I told Jeffrey. “I am a nurse, and I am so impressed with how you took care of that lady. My mother is a very young 70 years old and is a newly diagnosed Parkinson’s patient. I hope one day someone treats her as well as you treated that lady!”

For Jones, it was simply another day at the office.

Next time you get on a plane, remember that the cabin crew are only trying to do their job in making everyone comfortable. Despite the criticisms and complaints, they almost always go about things with smiles on their faces and enthusiasm in their hearts.