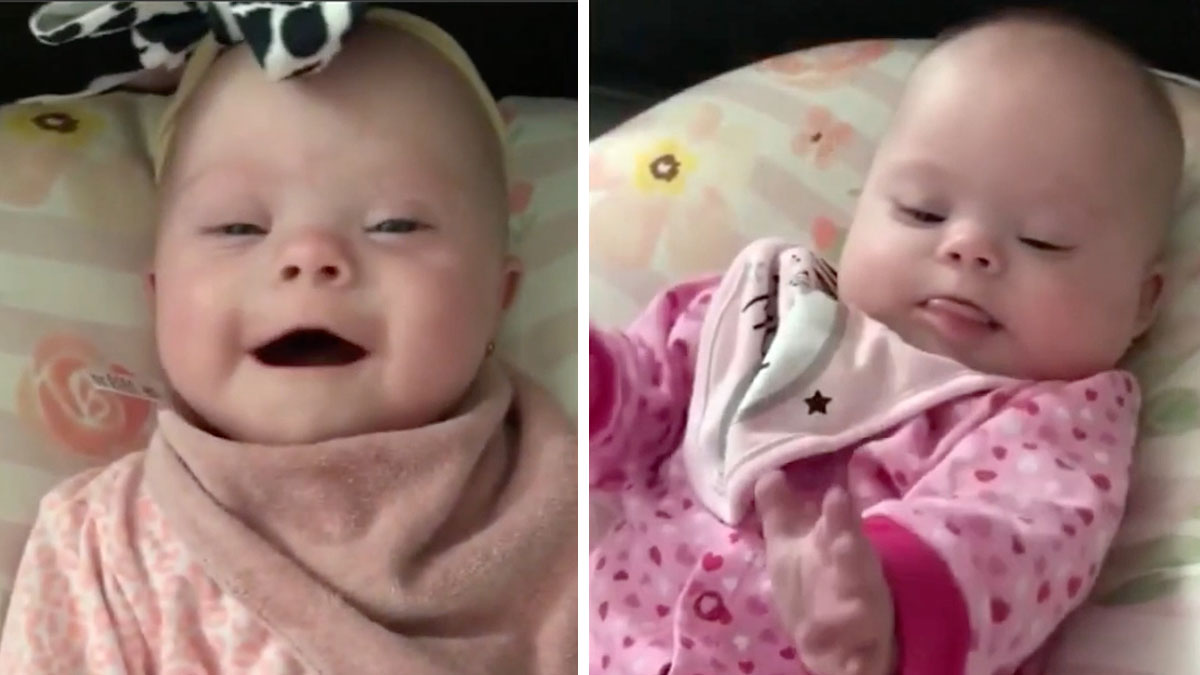 And what are the chances of identical twins? Approximately every three or four births out of every 1,000 are identical twins. So again, relatively rare.

Savannah Combs found out she was pregnant with twins, and then another rarity, they both had Down syndrome.

And to Savannah that’s what makes them incredibly precious.

“It’s very rare what they have, but they’ve been my little gems,” she told News4JAX.

Savannah, who is from Middleburg, Florida, has been sharing her post-pregnancy journey with her daughters Kennadi Rue and Mckenli Ackerman, on TikTok where they quickly gained a following.

In one of her videos, Savannah said she was told to abort her babies because they would not make it.

She decided to keep them and give them a fighting chance.

When she learned they both had Down syndrome, her husband was away at boot camp.

She was 29 weeks pregnant when she was admitted to the hospital, and delivered her daughters, who are now 5 months old, at 34 weeks.

They spent several weeks in the NICU before they came home.

“Mo di twins as it is, it’s like very rare. And then you throw Down syndrome on top of it, it’s like one in 2 million.”

Despite their rare condition, Savannah said they are just like any other child.

“Like I said, it may be a step behind but they’re going to do it. I’ve learned these kids are feisty little things and happy little things.”

As each child continues to meet their milestones, Savannah shares their adorable updates on TikTok.

“I’m going to let them know that they’re just like us and they’re going to get there as long as they put their minds to it.”