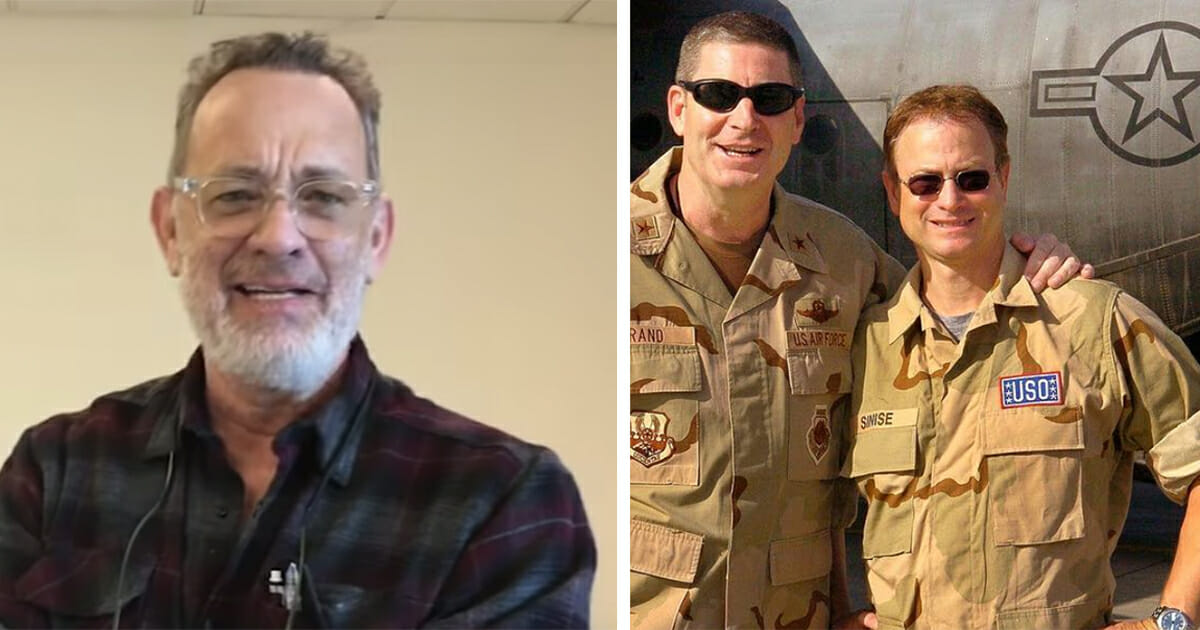 All told, he really is a great guy, and a shining example of someone who works his behind off to help those in less fortunate circumstances than himself.

And the best part? People know it. Though Sinise has never sought praise nor tribute for his generous acts, it’s become common knowledge that he puts others first. That’s probably why a host of his actor friends banded together to thank him for his work, via a surprise video that also features veterans who have benefitted from his foundation …

In celebration of the Feb 12 release of Sinise’s book, “Grateful American”, the actor was surprised by the touching video, which included messages from such people as Tom Hanks and Ron Howard.

“Your commitment, your dedication, you are awesome,” Howard said, while Tim Allen explained, “You motivate other people.”

Fittingly, it was Tom Hanks who ended the video, saying “Thanks, Lieutenant Dan!” with a cheerful smile.

It was just celebrities who took the time to sing Sinise’s praises, however, but also some of the veterans whose lives Sinise’s foundation has improved.

One veteran intoned: “As you can see we’re in front of this beautiful house right now. We wouldn’t have had it were it not for your kindness, graciousness and your wonderful gift of giving.”

“We must do all we can to extend our hand in times of need to those who willingly sacrifice each day to provide that freedom and security. While we can never do enough to show gratitude to our nation’s defenders, we can always do a little more,” says Gary Sinise on his foundation website.

The thank you messages left one of Hollywood’s tough guys with tears welling up in his eyes.

The #GratefulLikeGary movement is certainly one we can get behind, especially since it not only champions Gary but also raises even more awareness of his incredible work!

Thank you for supporting American’s finest in every branch of service. You are wonderful example of a beautiful man with a great heart.