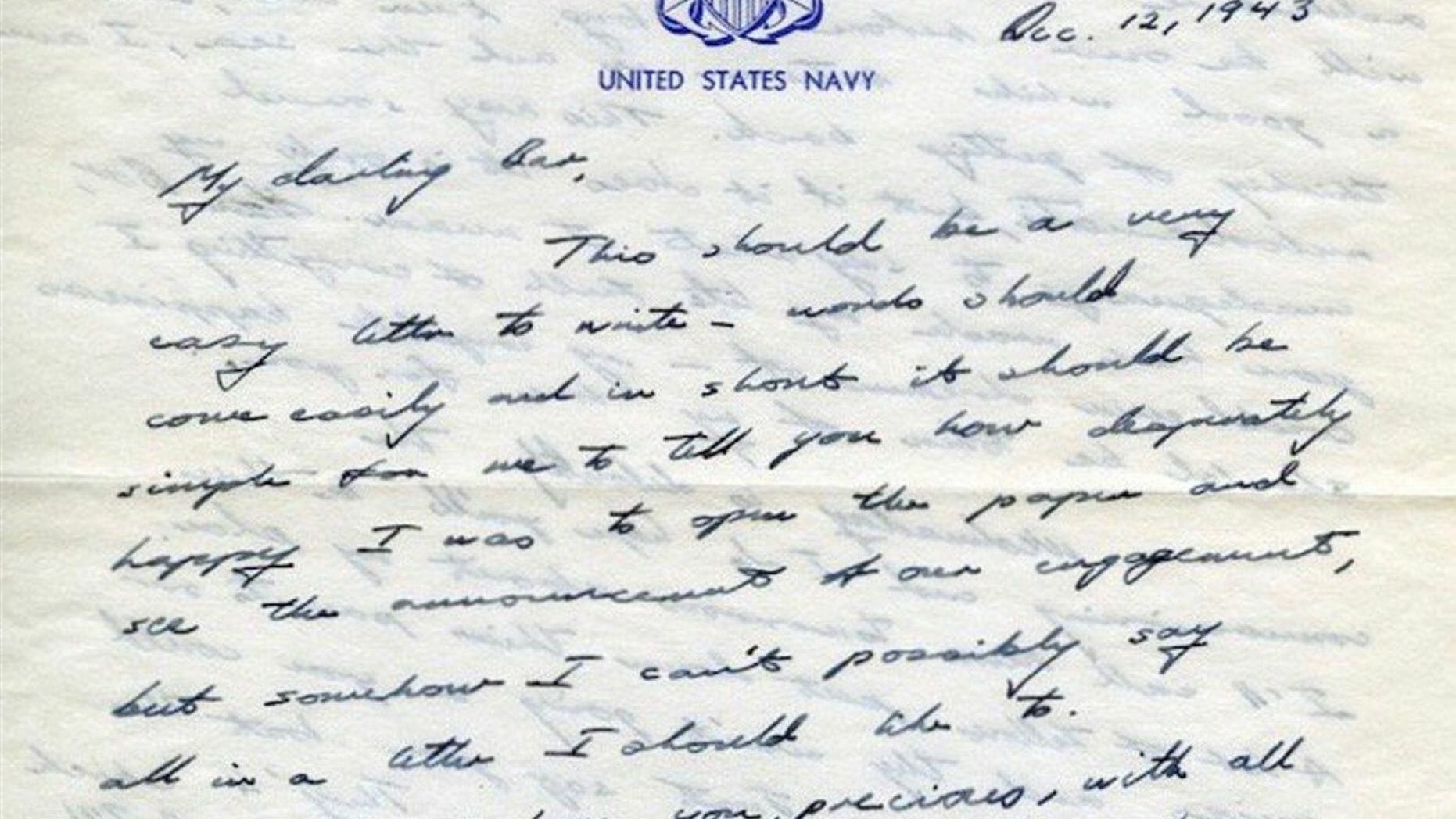 Tributes and stories concerning Barbara Bush are bombarding the internet today, following the announcement that the 92-year-old has passed away.

By far one of the most touching – and one that truly has thousands reaching for the tissue box – is a hand-written love letter from future President George H.W. Bush, sent to then-fiancee Barbara Pierce on December 12, 1943.

Michael Beschloss, a presidential historian, tweeted that Bush was a U.S. Navy pilot at the time, during WWII. The letter, written in blue ink, is truly something for all romantics to behold …

Bush, who would of course go on to be the president of the United States, begins his letter by telling Barbara how elated he was to read about their engagement in the paper.

“Words should come easily and in short it should be simple for me to tell you how desperately happy I was to open the paper and see the announcement of our engagement, but somehow I can’t possibly say all in a letter I should like to.”

According to Fox News, the two met at a Christmas dance when George was 17 and Barbara was 18. The future president was a naval aviator in training.

The letter continues, with Bush telling Barbara in no uncertain terms just how much it means to have fallen in love with her.

“I love you, precious, with all my heart and to know that you love me means my life. How often I have thought about the immeasurable joy that will be ours someday. How lucky our children will be to have a mother like you,” he wrote.

The pair were married on January 6, 1945, four months after George was shot down over the Pacific. The letter, which was kept in Barbara’s scrapbook, goes on to talk about the war and the mission in which he was shot down, though paramount on his mind is undoubtedly Barbara.

“This may sound melodramatic, but if it does it is only my inadequacy to say what I mean. Bar, you have made my life full of everything I could ever dream of — my complete happiness should be a token of my love for you.”

You can see a transcript of the letter – taken from George’s autobiography – below:

The only love letter Barbara Bush kept from George HW during World War II (the others were lost). It is dated December 12, 1943. “How often I have thought about the immeasurable joy that will be ours someday. How lucky our children will be to have a mother like you—“ pic.twitter.com/9n9GDx7lAM

The former first lady passed away in her home on Tuesday, merely a day after her family announced she had declined further medical treatment in favour of the comfort of her home.

Love her or hate her, Barbara was certainly an iconic first lady. Not only was she was wife of one president, but went on to be the mother of another.

Share this story to pay tribute to Barbara! What a truly lovely letter it is.