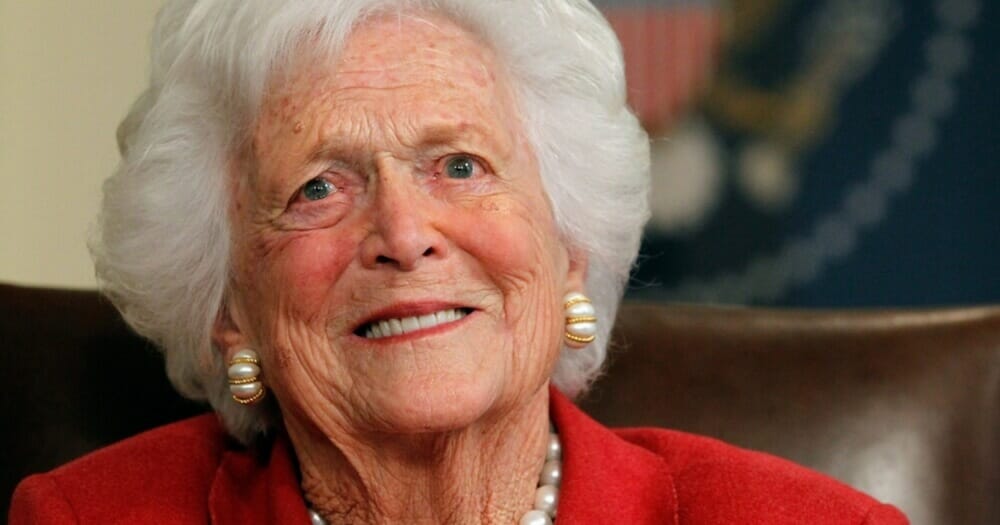 Regardless of your opinion on Barbara Bush, none can deny that she remains an iconic first lady.

The only living woman to be both the wife of one president and the mother of another, her name is known all over the world.

Which is perhaps why news breaking today is especially hard for many to swallow. The 92-year-old is now being cared for in her Texas home, having declined further medical treatment …

Barbara Bush has fought a long battle with chronic obstructive pulmonary disease and congestive heart failure, and it would appear she’s made up her mind on the course she wants to take. Having been in and out of hospital several times in the past year, she’s elected for comfort care over that from a hospital.

The Bush office released a statement confirming her recent hospitalisations, stating that she’ll no longer be receiving care in the hospital, but instead will retire to her own home to tackle what lies ahead on her own terms.

As per CNN, the statement said: “Following a recent series of hospitalizations, and after consulting her family and doctors, Mrs Bush, now age 92, has decided not to seek additional medical treatment and will instead focus on comfort care.”

Most recently, Mrs Bush was admitted to Houston Methodist Hospital on Good Friday, having been suffering from shortness of breath. She was released this past week – her condition having improved – only to deteriorate in the past couple of days.

The Bush office statement went on to say: “It will not surprise those who know her that Barbara Bush has been a rock in the face of her failing health, worrying not for herself — thanks to her abiding faith — but for others.”

You can watch a news report on Barbara’s condition below:

This news may be distressing for fans, but they can take comfort in knowing that she’ll live out her days in her own home, surrounded by people who love her. There’s little more we can ask for someone approaching their end.

Share this story to honour Barbara Bush. Leave thoughts and comments below!