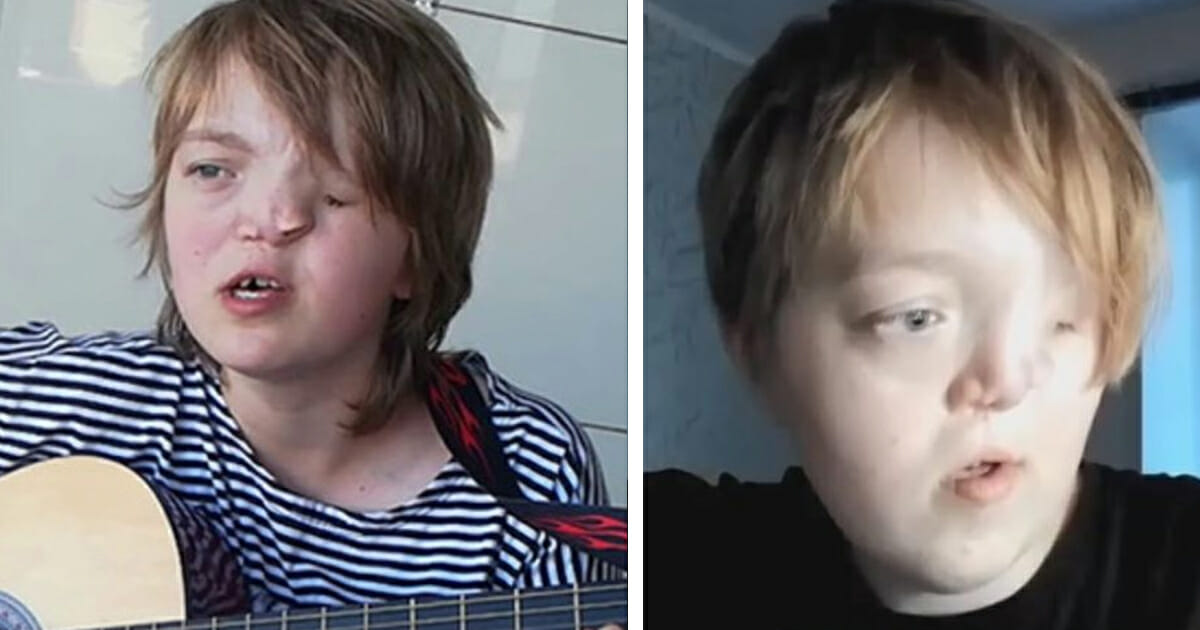 A girl born without half a face has aspirations of becoming a musician so that she can attract the attention of the father who abandoned her at birth.

As per reports in the Daily Mirror, Yaroslava Oleinik suffers from congenital health issues that resulted in her being born with nose and no left eye.

Now 17, Yaroslava said her parents didn’t know about her condition before she was born. Her father refused to accept her unusual looks and left soon after she came into the world.

Speaking about her life, she told sources in Kazakhstan: ”My mother accepted my unusual look. She loves me and takes good care of me.

“My father left us right after seeing me in the maternity hospital.

”We have not seen him or heard from him ever since.”

What’s more, her father, who is said to be a truck driver who earned good money, refused to offer financial support. This left Yaroslava’s mom her sole dependant growing up.

Yet Yaroslava says she is keen to make contact with her biological dad. Several attempts to contact him on social media have thus far failed.

”I found his profiles and tried to contact him but he never messaged back,” said.

”My mother says: ‘Why are you doing this? He might not want to communicate with you…’

”But I’m curious how is he doing. He is my father after all.”

Not only that, but the teenager is dedicated to becoming a famous musician so that her dad will notice her.

”I have been teaching myself guitar for ten years. I am fond of music. I love popular music, rap and Russian chanson,” she said.

”I dream of becoming a famous musician and make my father proud of me.

”Do I have haters? Always! They motivate me to work harder and be better.”

Due to her condition, Yaroslava often has difficulty breathing and can wake up gasping for air in the night. Sources say she needs plastic surgery to reconstruct her nose.

What a brave and inspirational girl Yaroslava truly is. I don’t know about you, but I for one don’t think she needs her biologial dad’s attention to find contentment in life.

Share this article to pay tribute to this special little girl’s courageous and enormous heart!