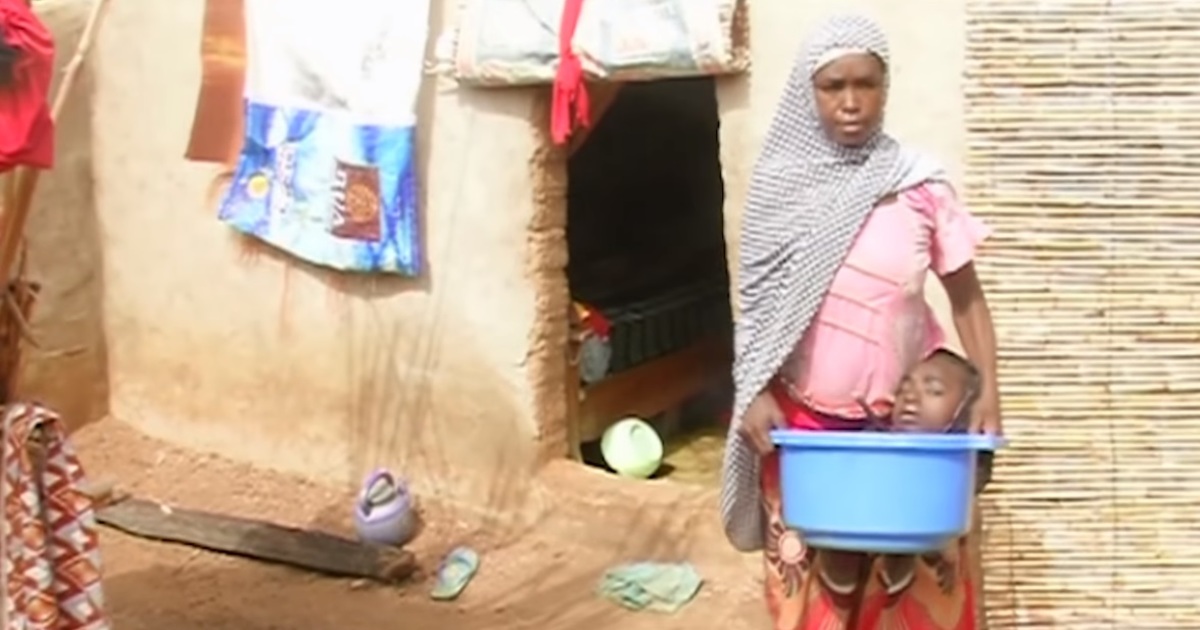 When Rahma Haruna turned six months old, her mother noticed something disturbing about the way her baby was growing.

She was born a happy, healthy baby, but her growth came to a sudden stop half a year later, and she began to miss key development milestones.

Rahma’s arms and legs had stopped developing properly, which left her practically limbless and suffering from constant pain.

But a combination of her family’s support and her own determination has meant she hasn’t given up on life just yet.

Rahma, now 19, lives in almost constant pain. Her family does everything they can to care for her – even carrying her around in a bucket so that she is not alone or in the same place all day.

Her condition has attracted media attention, and after pictures of her were published in local newspapers, the family started receiving offers of help – including one man who bought her a wheelchair after he met the family in a supermarket.

“They help me a lot,” Rahma told Barcroft TV. “They give me anything I need.”

Her father, Hussaini Haruna, has spent 15 years looking for a cure for his daughter’s condition. He looks for work every day to try to pay her medical bills – and has forked out more than one million Naira – about $3,200 – so far.

Unfortunately, doctors have been completely unable to come up with any plausible diagnosis, some even telling her mother that she’d been “cursed by a jinn”,  leaving Rahma and her family clueless about her exact condition.

But even though her situation may seem desperate, the brave Rahma hasn’t given up on her dreams yet.

“I thank God for everything I do,” she said. “I want to start a business. A grocery store that sells everything, that is what I want.”

The family are hoping to attract the attention of a charity, which might be able to help Rahma.

Watch her amazing story below:

Please share this story if you were as equally impressed by Rahma and her family’s incredible courage! I hope you never let go of your dream, Rahma!