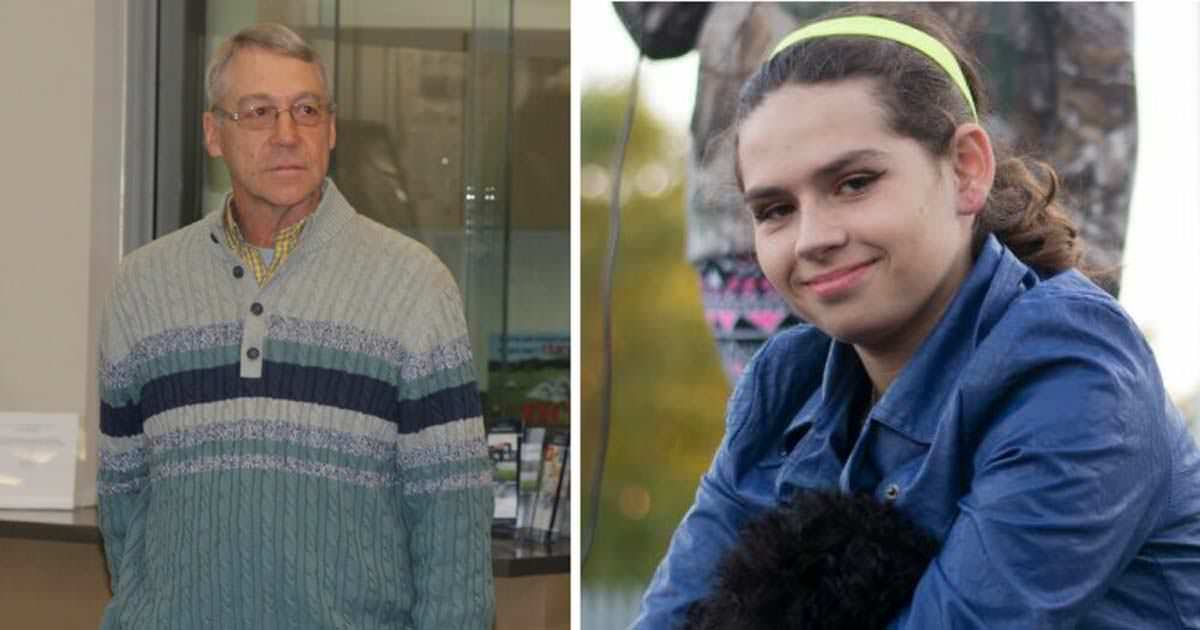 Some people think everything is a coincidence and that fate is something made-up.

Everyone is free to believe what they want to believe and I guess who knows what the truth really is.

I personally believe that everything happens for a reason. One person who might agree with me is Earl Melchert from Alexandria, Minnesota.

One day after leaving his house, he suddenly remembered he had forgotten a gas can and decided to turn his car around to go back and get it.

On his way back, he suddenly saw a girl running for her life and towards him.

But it wasn’t just any girl — Earl recognized her from a missing persons ad.

On what seemed like a regular day in September 2017, while driving to work, Earl Melchert realized he had forgotten his gas can at home. Annoyed, he turned the car around and headed back.

His decision to do so would mean much more than just getting a gas can.

Further down the road, he could see something moving quickly towards his car. At first, Earl thought maybe it was a deer but as he got closer he realized it was in fact a human. It also seemed the person was desperately running for their life, CBS Minnesota reports.

As the person got closer to his car, Earl could clearly see it was a young girl. But it wasn’t just any girl — Earl recognized her face from the news and all the missing ads that had been posted around town.

It didn’t take long for Earl to understand that it was the same girl, 15-year-old Jasmine Block, who had been missing since the ninth of August — almost a month.

By the look of the girl, it was clear that she was terrified and running away from something or someone. She was soaking wet, distressed and hysterical.

It was later revealed that Jasmine had been kidnapped and held captive during this whole time. She had been subjected to both sexual and physical abuse in a foreclosed home — making it difficult to find her.

When Earl found the girl, she had managed to escape by thinking on her feet after the kidnappers had left her alone for a moment to go to the shop.

At that point, Jasmine had literally run out of the house as fast as she could. She then threw herself into a lake near the home, swam over to the other side and eventually out onto the road where Earl was driving.

The kidnappers must have returned to the house, realized Jasmine was missing and rushed out to find her, as CBS Minnesota reports that the three violent men had caught up to her once she got to Earl’s car.

But as soon as Earl realized how serious the situation was, he told Jasmine to get in the car, called 911 and drove off as quickly as he could.

Luckily however, Earl got a good enough glimpse of the men to be able to later identify them. Thanks to him, the three men were later found and arrested and are currently being held under suspicions of child rape and abuse.

Earl was thanked by the local police and offered a ransom payment for finding the missing girl. Jasmine is now in safety.

If Earl hadn’t forgotten his gas can that day and turned his car around, he wouldn’t have met Jasmine. Had he not stayed, let her in his car and called 911, the kidnappers might have caught her.

Whether that’s fate or a coincidence is up to you to decide but I’ll say this — heroes like Earl deserve all the praise in the world. Please share to pay tribute to him.