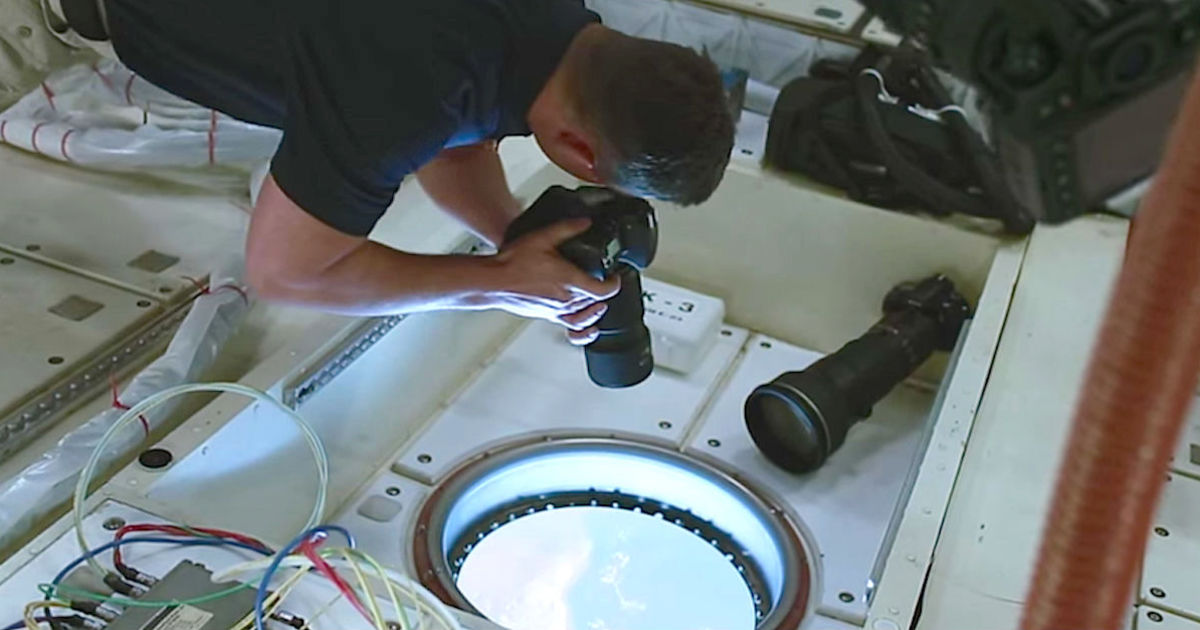 Thirteen-year-old Stephanie, from Houston, Texas, misses her father very much. And who could blame her? Her dad doesn’t just work across the country or on another continent—he works at the International Space Station. So while her astronaut dad is up in space for long periods conducting vital experiments, Stephanie is back on earth, looking up to the sky and missing him. Sure, Stephanie is able to talk to her dad while he’s in space, but she can’t just make handwritten birthday cards for him or create specially designed artwork for him the way other kids can for their parents. But when Stephanie connected with folks at Hyundai, together they found a way for the girl to show her dad how much she loves him and misses him. Using 11 Hyundai Genesis cars, engineers at Hyundai created a large-scale replica of a note Stephanie wrote for her father on the vast desert floor of the Delamar Dry Lake in Nevada. The cars were fitted with special studded tires, and when driven in unison, the cars’ tire tracks could be seen from space. When asked how she thought her dad would react, Stephanie said, “He would probably just grab his camera and take a picture. He would be totally caught off-guard if he saw a message, and it might make him miss us even more.” What happens as her dad orbits the earth is mind-blowing. To think that he can look down at just the right moment and see his daughter’s touching message written in her own handwriting on a desert floor the size of New York City’s Central Park! Amazing! In fact, the message was so large, it was acknowledged as the largest tire track image by the Guinness World Records. To see Stephanie’s message, how the Hyundai team were able to recreate it, and Stephanie’s dad’s reaction, check out the video below!

If you were also blown away by Stephanie’s message, please share with your friends!