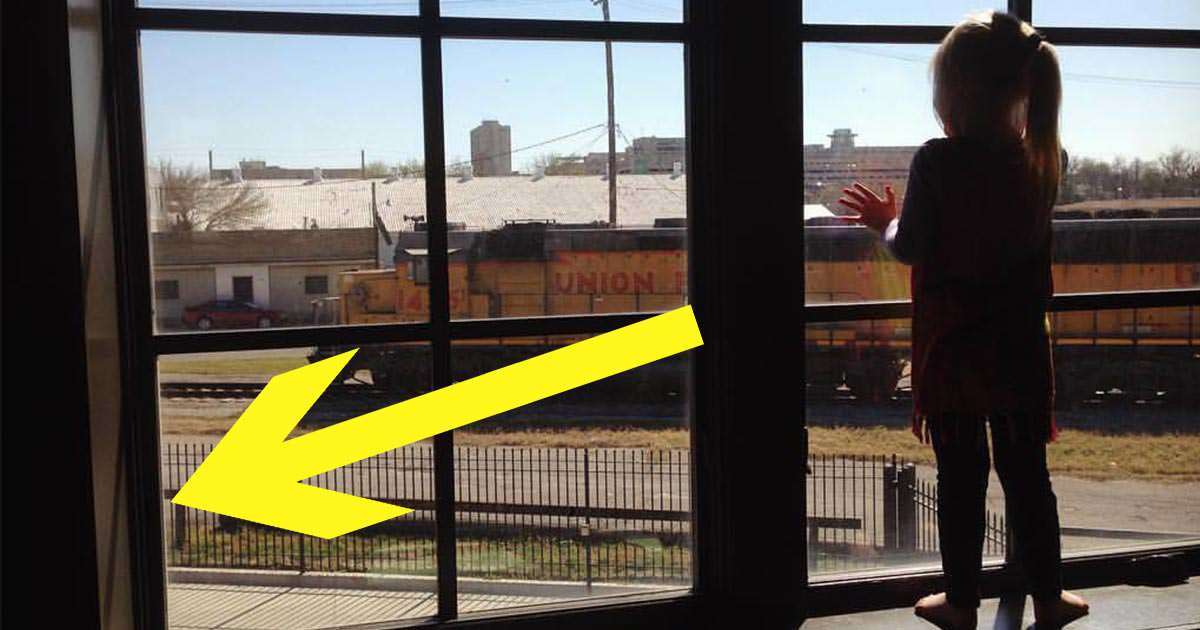 The saying “you don’t know what you’ve got till it’s gone” can be applied to many things in life.

And for some train conductors in Tulsa, Oklahoma, that thing was friendship with a little girl named Rio, who waved to them every day from a window beside the train tracks.

Because three years after they started waving to her, the train conductors noticed that Rio wasn’t in the window. But there was a note — and it broke their hearts.

Briana Hefley Shepard posted the heartwarming story on her Facebook page, which you can read in its entirety here:

“My family’s business moved into their new location about three years ago. It’s located right along the train tracks, which means we get a front row seat to all of the locomotive action. Rio lives for it. It didn’t take long for the conductors to notice Rio waving to them and for them to return those waves. As time progressed, it became their ritual. They’d blow their whistles, she’d run to the window, they’d open their windows, and everyone would wave and smile ear to ear. I teared up almost every single time.”

“Then a few weeks ago, Rio started school.

Her transition to daily school hit me a little harder than I was expecting, but it hit me the hardest the first day the train came when she wasn’t there. They blew their whistles, they opened their windows, but I was the only one standing there just crying and weakly waving. The next day I made a sign. I simply wrote ‘She started school.’ I heard the whistle, ran to the window, and held up my sign. That was three weeks ago.”

“This morning almost minutes after I walked into the shop, someone knocked on the door. It was a man in a bright yellow shirt with ear plugs hanging down. I assumed he was a construction worker coming to talk construction, because that’s what we do here. I was wrong. He was there to ask about the little girl with the blonde hair that waved to the trains. He was one of the conductors and they’d all been wondering what had happened to her. Today they’d had a short train, so they stopped down the tracks, walked to our building, and knocked on our door. Oh, did I cry. They had seen my sign, but couldn’t make out what it said. They had assumed she’d started school, but had to make sure. He said that her waves had made their days. For three years they’d shared these moments.”

“They want to do something for her; they miss her. He asked if they could send her something, to which I said of course! They are going to send her a birthday present in a few weeks.

Witnessing their unconventional friendship over the past several years has been nothing short of magical. To know it impacted them just as much as it impacted us, fills me with love and hope. The visit today and their ongoing kindness to Rio has reaffirmed my faith in goodness and humanity. These are moments we’ll always remember.”

This story is such a beautiful example of friendship and how the little things in life can make a big difference. Please share it with your friends and loved ones.