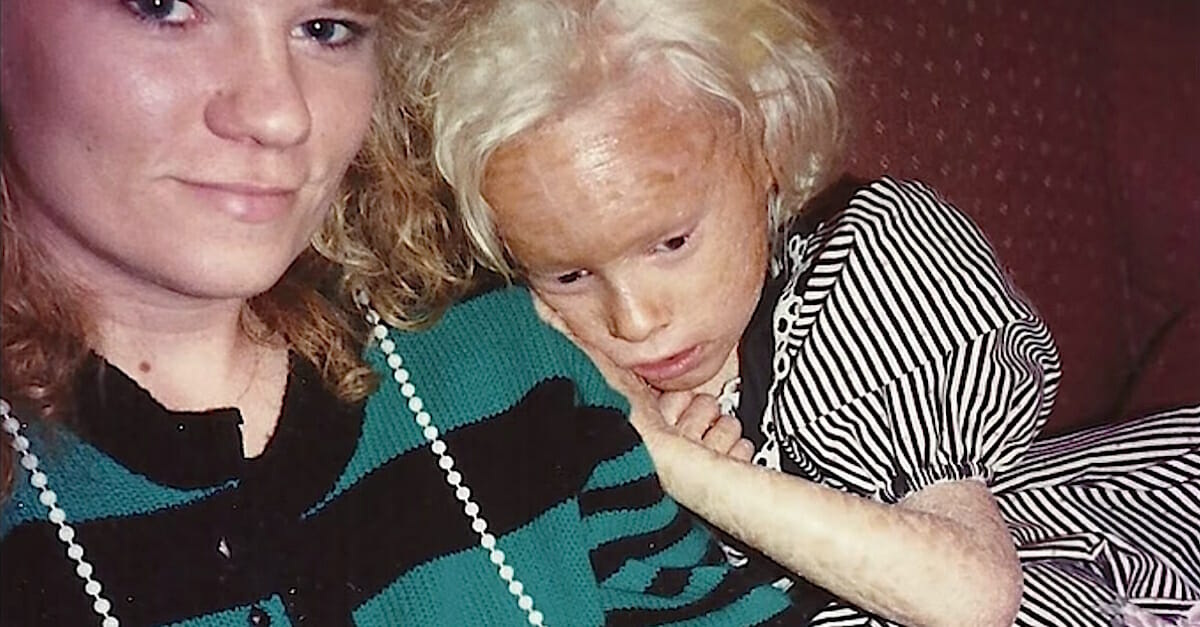 Being a parent is tough enough without having to constantly protect your child from hurtful bullies.

Whether physical or verbal, bullying is a scourge that can leave victims feeling confused, down and distanced from others.

Unfortunately, people like Bailey Pretak are left at the mercy of childhood bullies simply because they stand out. Bailey was born with lamellar ichtyhosis, a rare genetic disorder that makes her skin crack and shed every day.

We know, right, it sounds painful. The condition prevents her skin from separating cells at a normal rate, leaving her with a dry and crusted outer layer. As you can imagine, enduring a childhood with this affliction was far from ideal …

Bailey’s family came to learn early on that unless they exfoliated and moisturized her skin every day, it would peel and cause her pain all over her body.

As she grew up though, it wasn’t her skin that brought about the most torment. She was relentlessly bullied by other kids, those who dubbed her “Scaly Bailey” and “The Contagious Girl” in kindergarten.

It got so bad that parents of other children actually called the principal to get their kids removed from Bailey’s classes. Other students, meanwhile, refused to touch the things she’d touched.

Mom Tracie was as protective as she could possibly be, and would often return the stares people would give Bailey as she walked past.

Before too long, though, Tracie began to develop a new technique to ensure others realized the potential hurt they were causing. She adopted kindness as a way to combat the judging looks.

As Tracie said: “I came to realize that part of her insecurity was me, and my reaction to these rude people, and so we decided to change our M.O and when people stared we would smile and wave.”

Now 31, Bailey has been through the wars when it comes to learning to deal with difficult people determined to put her down.

In an exceptional display of courage, however, she’s never let anything stop her living a normal life. In fact, back in 2014 she even competed in a beauty pageant.

“It’s something I always wanted to do. I always felt that I had no place in that world, because I wasn’t the typical ‘beauty pageant’.

“So I took on the challenge, I had no clue what to expect in Nationals, ’cause that was only my second pageant ever … and I finished first runner-up.”

We think Bailey is a prime example of standing strong no matter what life chooses to throw at you. She wasn’t born with perfect skin, but she’s certainly got a kindness to her soul, as well as a resilience that can only be admired.

Though we can hope and pray for a change, bullies are always going to exist in the world. What we can do to combat them is spread love and happiness where they spread doubt and sadness.

If Bailey’s story put a smile on your face, share this article on your Facebook and spread her message!