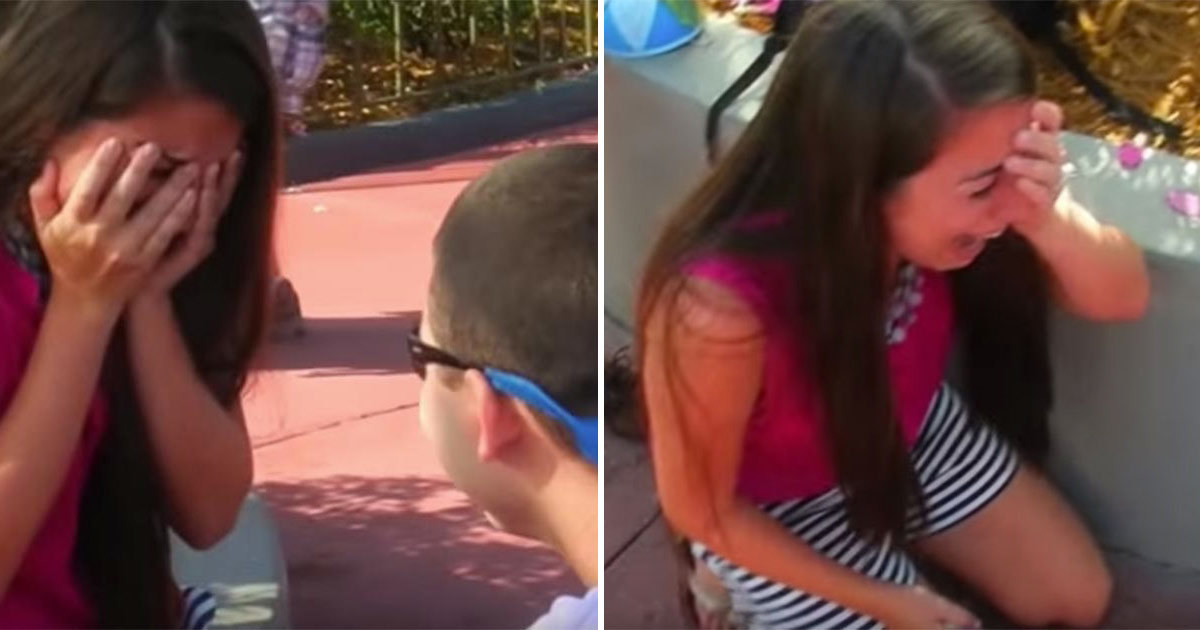 Some guys put the ring in a glass at a restaurant, others pop the question at home in the living room with candles and roses—but when Clifton Quinn proposed to his girlfriend back in 2012, he had another place in mind.

So when it came time to ask the question, Clifton had no doubt where he would do it—at Cinderella’s Castle at Disney World. But that wasn’t all that the groom-to-be had planned…

First, Clifton decided to write a long, emotional letter and tell his girlfriend how much he loved her.

Then, he went down on his knee and took out the engagement ring.

His girlfriend’s answer was obviously “yes,” and she instantly started screaming and kissing him.

But what Clifton’s girlfriend didn’t know was that her new fiancé had another surprise in store for her. Clifton had tipped off her parents about the proposal and asked them to be there on the big day. And they were waiting just footsteps away.

Then, like so many other people after receiving big news, Clifton’s girlfriend took out her phone and called her parents.

But little did she know, they were only a few yards away.

Seconds later, they snuck up behind her—and their daughter’s reaction was just perfect.

Clifton’s girlfriend was so shocked that she started screaming out loud before falling to the ground and breaking out in tears of joy.

“As you can tell from the video, all of this was just a little overwhelming for her. But it couldn’t have turned out any better,” Clifton wrote onYoutube.

This clip has been viewed over 2 million times, and when you see Clifton’s girlfriend’s reaction, you’ll understand why! Her parents appear about two and a half minutes in, but the proposal that comes before it is sweet, too.

This is true love. Share please this video with your friends if you also think that this is a pretty perfect marriage proposal!