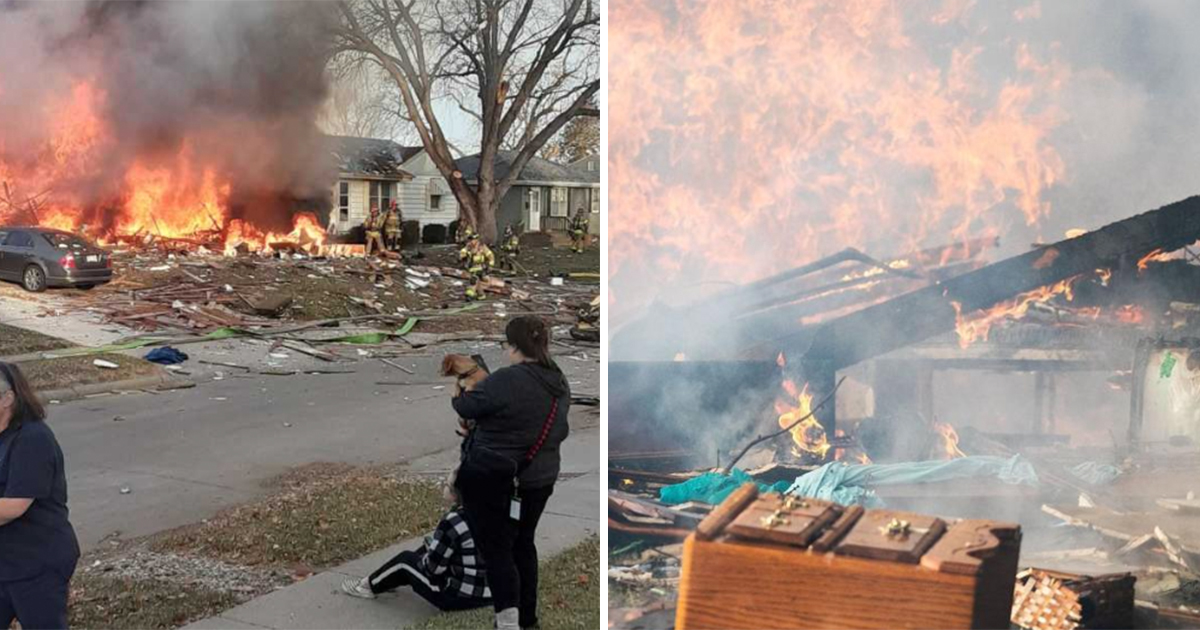 A grandmother from Omaha, Nebraska died in a home explosion along with her daughter just one day after filing a protection order against her 27-year-old grandson.

As per reports, 74-year-old Theresa Toledo filed a domestic abuse protection order, expressing her wish for her grandson, Alexander Toledo, who lived the basement of her home, to be removed from the property.

In the order, she expressed concern over the fact he used methamphetamine and hallucinogenic mushrooms, stating that he “talks to himself” and that she feared he would set fire to the house.

Theresa wrote: “I need Alex out of my house now before he destroys my house or harms me, the drugs make him crazy.

“I told Alex that he needs help to get off the drugs and get a job. He has put holes in the basement walls where he stays and you can’t even walk in the basement. He had electronics in the walls and ceiling. I’m afraid he will start my house on fire.”

Sadly, Theresa perished when her home exploded on Tuesday, along with her daughter (and Alex’s mother) Angela Toledo, 45. Alex himself was also critically injured in the blast, and was taken to a burns unit in Kansas City. Theresa’s partner Larry Rodriguez remains in critical condition at the Nebraska Medical Center.

Theresa’s protection order was filed on Monday, where she detailed her grandson’s criminal past, which included shoplifting during a family trip in June and recently spending seven days in the Cass County Jail after being arrested on suspicion of a drug charge.

Late Monday afternoon, Theresa’s request was granted, with Douglas County Judge Sheryl Lohaus ordering Alex Toledo out of the home and telling him not to contact his grandmother.

Fire investigators have said that it will likely take days to determine the cause of the blast that destroyed Theresa Toledo’s home and took her life.

Rest in peace, Theresa and Angela. Our thoughts and prayers go out to their grieving family.