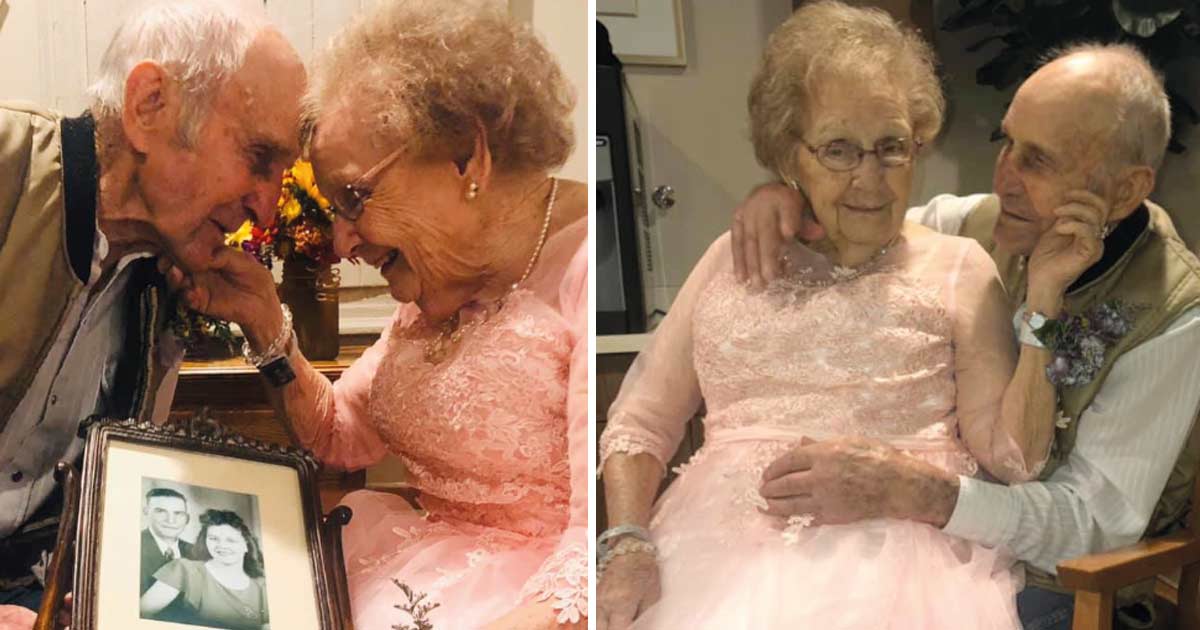 These days it can often seem like the old last-for-a-lifetime and conquer-all-evil type of love is dead and gone.

It seems as though divorces and separations are common; that we live in a world where people are too quick to swap what they have in favor of something new.

And yet there remain those couples who remind us true love does still exist, and that love can overcome obstacles and challenges. Two retirees, Leonard and Shirley, certainly fall into that category.

The grandparents recently celebrated their 72d wedding anniversary. Their love, stretched over so long a time, has only been strengthened by the years.

Leonard and Shirley both live in a residence named Grace Manor Center. One of the nurses there, Ardis Behrendsen, was so moved by the couples’s love for one another that she decided to do something special.

Ardis wanted to make it so that Leonard and Shirley could enjoy a special day together. She found a pink dress for Shirley to wear and planned a romantic photo shoot for the couple.

Then, with the permission of their family, Ardis shared the photos on her Facebook page, lending hope to many.

The nurse explained that she’d been working with the elderly since she was 16, and that it’s her passion. She went on to say that the day with Leonard and Shirley was the “most incredible I have had since working in health care.”

It’s so amazing to see the love between these two, one that’s survived 72 years of trials and tribulations.

The look Leonard gives his wife in the photos really melts the heart. He’s staring at her like there’s no one else in the world that matters!

This sort of story goes a long way to restoring one’s faith in true love. In an era of replacing and throwing away partners, be like Leonard and Shirley instead.

What a beautiful story. Do you believe true love lasts forever?