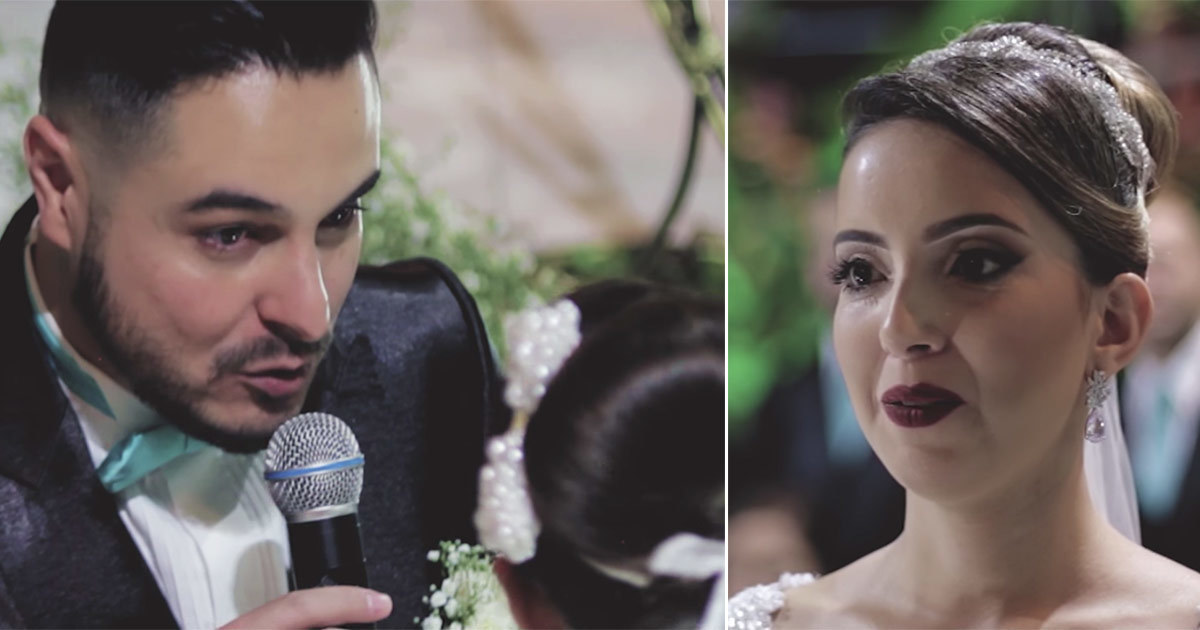 For many people, their wedding day is the most important day of their life. So it’s understandable that the day is a rollercoaster of emotion, filled with love, laughter, joy, and tears.

But it’s also a day that attracts special little moments that make it all the more beautiful and moving— like what happened when Jefferson and Jessica got married.

During the ceremony, Jefferson stunned his bride and everyone else in attendance when admitted that he loved someone else. But his declaration only made the day that much more beautiful.

I’ve been to a few weddings in my life and I always find myself almost overwhelmed by the bride and groom’s love and affection for each other. In fact, I’ve actually cried a once or twice while watching couples share their vows with each other. But this groom’s speech moved me like no wedding vow I’ve ever heard—and I wasn’t even there.

Jefferson and Jessica are a Portuguese couple who fell in love and decided to get married.

Their wedding day was a joyous event and everything went according to plan until it came time to exchange vows. Jefferson turned to his new wife and told her something that nobody expected. He loved someone else.

Nobody knew what was happening when Jefferson turned to a little girl right behind him. But the groom knew he wasn’t just vowing to share his life with Jessica—he was also vowing to love and care for her eight-year-old daughter, Giovanna.

After sharing his marriage vows with Jessica, Jefferson turned to Giovanna and asked her to come forward. Then, he listed all the things he would do for her as her dad.

“If I could ask God anything, it would be to have you as my daughter. I would be the proudest father in the world to have such a beautiful, intelligent, and educated daughter like you,” Jefferson told her with tears in his eyes.

Jefferson looked into her eyes and promised to always be there for her, just as he promised her mom. Jessica and all the wedding guests were moved to tears.

“I also give you love, my love, to take care of you, to always protect you, and to not let anything bad to happen to you.”

Giovanna took the microphone and thanked her new dad with tears in her eyes.

I don’t think I’ve ever seen such a beautiful declaration of love. Giovanna can be sure that her new dad, Jefferson, will be there for her and her mom for as long as they live—and her parent’s wedding is sure to be one of the most beautiful memories of her life.

Jefferson declares his love for Giovanna about two minutes into the video. And even though I can’t speak Portuguese, the moment is still beautiful to watch.

This was one of the most moving wedding speeches I’ve seen. Please share it with your friends so they can also see this amazing show of love from Jefferson.