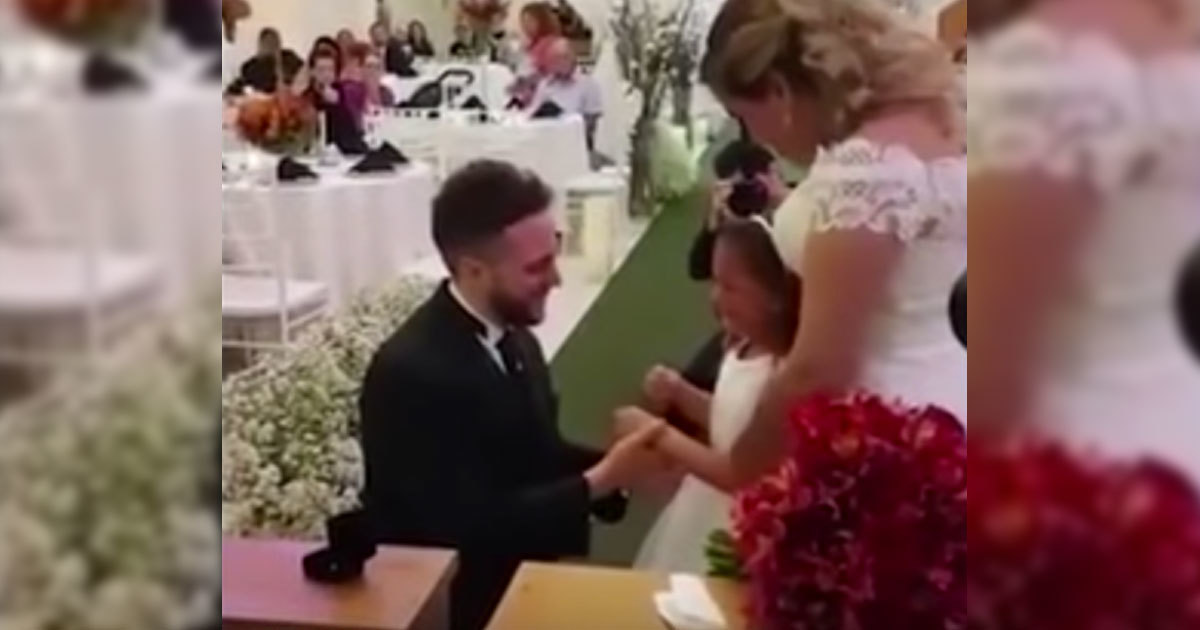 Weddings come in all shapes and sizes. Some prefer to invite hundreds, others might want to keep it small. Some want to get married on a beach in a warm country, while others marry in their own backyards.

Whatever the case, they are always special… and it’s important to keep in mind that the day is all about starting a new life and family and celebrate love.

But what happens in this Brazilian wedding, I’ve never seen anything like before.

When Diogo Bolant, 37, prepared to marry fiancee Nicole, it wasn’t just the two of them starting a family. There marriage also meant that Nicole’s 6-year-old daughter Isadora would have a stepdad. And the little girl had long yearned it would be him.

Diogo indeed knew he wanted to include his step-daughter in their wedding, so in the middle of the ceremony, he kneeled down in front of her – and ‘popped’ the question. What he asks is so touching, it’s impossible to keep your eyes dry.

He explained that he not only wanted to marry Isadora’s mother, but also had a question for her daughter. He then took out a small ring and held it up in front of her and asked if she wanted to be his “daughter for life.” Practically sobbing, Isadora said yes, and then threw herself into her step-father’s arms.

Watch the tear-jerking clip below.

I was so moved by Diogo’s beautiful gesture. It’s so wonderful for Isadora that her mother met an amazing man who has taken them both in his heart.