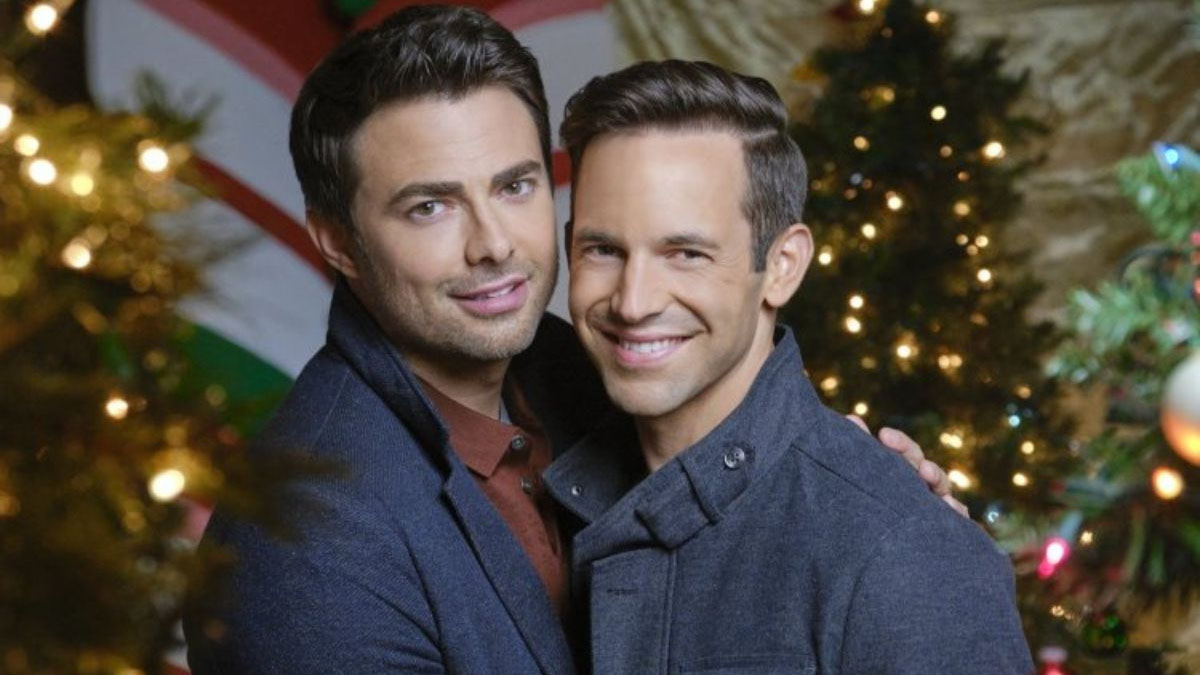 It wouldn’t be the festive season without a string of Hallmark Christmas movies.

While most of these movies are so sickly sweet the majority of us would admit to these made-for-TV movies being one of our many guilty pleasures during the holidays.

There is arguably nothing better than sitting down to wrap Christmas gifts with our favorite festive tipple in front of a Hallmark Christmas movie.

Most of the Hallmark movies surround a family, a conflict or struggle and then the perfect resolution at the end. But it may surprise you to learn that only heterosexual families have been portrayed in the channel’s almost two-decade history of Christmas movie making – until now.

On November 22, one of the network’s holiday movies featured a same-sex couple kissing.

The depiction comes just a year after the Hallmark Channel aired a commercial for a wedding planning and registry site that showed two women getting married.

One Million Moms, a division of the American Family Association, called on the channel to drop the ad and even launched a petition to boycott Hallmark until it promised to avoid commercials or movies featuring LGBTQ characters, the Chicago Tribune reported.

Unfortunately, the channel gave in to the pressure and quickly pulled the ad, according to the Chicago Tribune, prompting angry protests from a number of public figures. Hallmark later apologized and vowed to better represent the LGBTQ community in its future programming.

And one year later you have The Christmas House. The movie follows character Brandon, played by Jonathan Bennett, from Mean Girls, and his husband Jake, played by Brad Harder, who visit Brandon’s parents for the holidays.

The couple is “anxiously awaiting a call about the adoption of their first child,” and while discussing the emotional turmoil of their situation they embrace.

The movie is the first of Hallmark’s Christmas productions to feature a same-sex couple; in August Wedding Every Weekend featured two women getting married.

“Diversity and inclusion is a top priority for us and we look forward to making some exciting programming announcements in the coming months, including announcements about projects featuring LGBTQ storylines, characters, and actors,” the Hallmark Channel said in a statement.

“We are committed to creating a Hallmark experience where everyone feels welcome,” Rare reports.

Other Hallmark Christmas movies featured this year include A Christmas Tree Grows in Brooklyn, A Bright Merry Christmas, Five Star Christmas, Christmas Waltz, If I Only Had Christmas, and more.

Did you watch Hallmark’s latest movie featuring the channel’s first gay couple in one if its Christmas movies? What did you think? Please leave your comments on our Facebook page.

There’s nothing like a Hallmark Channel movie to get me in the festive spirit and I believe all families should be represented to be a truly family-friendly organization. Please share if you agree.