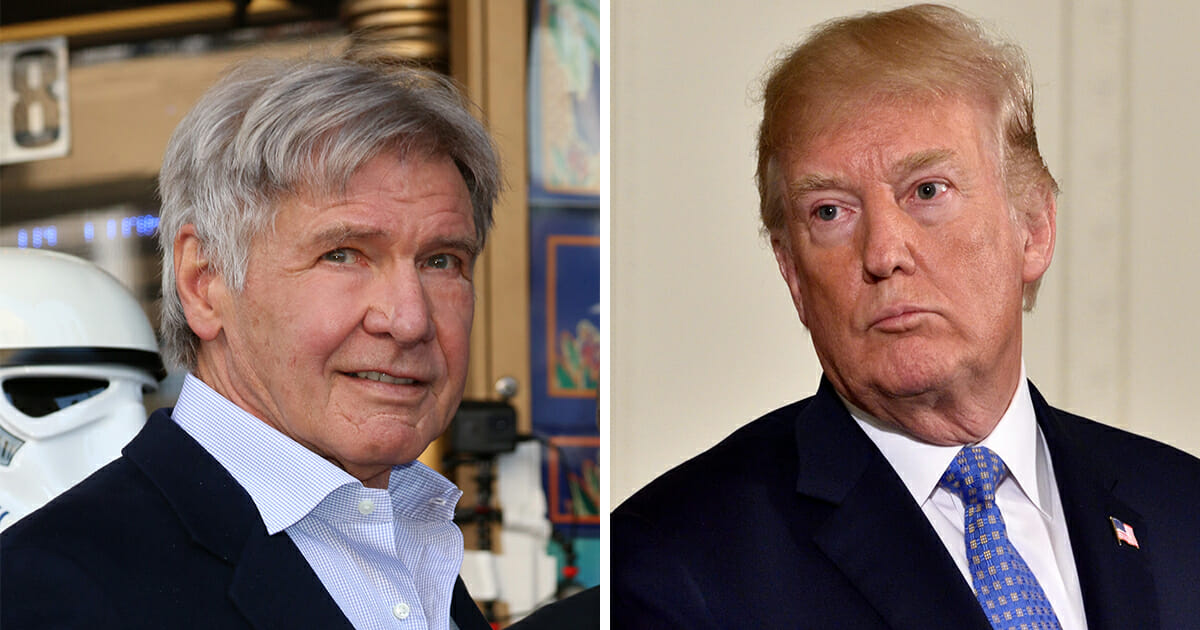 President Donald Trump splits opinion quite like on one else. Sure, he has millions of supporters keen to see him hold the White House hot-seat for another four-year term, but there are also plenty of people vying to knock him down.

One of those people, it would appear, is Hollywood legend Harrison Ford. The Indiana Jones and Star Wars actor is the latest in a string of A-listers lining up to slate Trump, and he did it with zero subtlety.

As per the Huffington Post, Ford appeared on a recent episode of Jimmy Kimmel Live, labelling the POTUS a “son-of-a-b*tch”.

On Jimmy Kimmel to promote his new film The Call of the Wild, Ford wasted no time in throwing shade at Trump after Kimmel screened a mock poster of his new movie along with a fake review from the president.

Trump’s ‘quotes’ read as:  “That call was perfect”, “This was a perfect call”, “I call it a ‘perfect call’ because it was” and “…It was a great call. Not just a good call, it was a perfect call.” This, of course, was made in reference to Trump’s assessment of his call with Ukraine.

Ford responded by bursting into laughter, saying: “That’s the first thing that son of a b*tch has done for me — ever.”

The actor went on to stick the boot into Trump again a little later when Kimmel referred to a segment with guest ‘Science Bob’.

Straight faced, Ford replied: “Speaking of science. Out the door. We don’t believe in science anymore.” It’s believed he was referring to Trump’s infamous prior record of being a climate change denier.

As per reports, some members of the public were of the opinion that Ford could have been drunk during the interview. It was suggested online that he had slurred his words on more than one occasion.

What do you think of Ford’s comments? Were they acceptable? Or did he go too far? Let us know in the comments box.