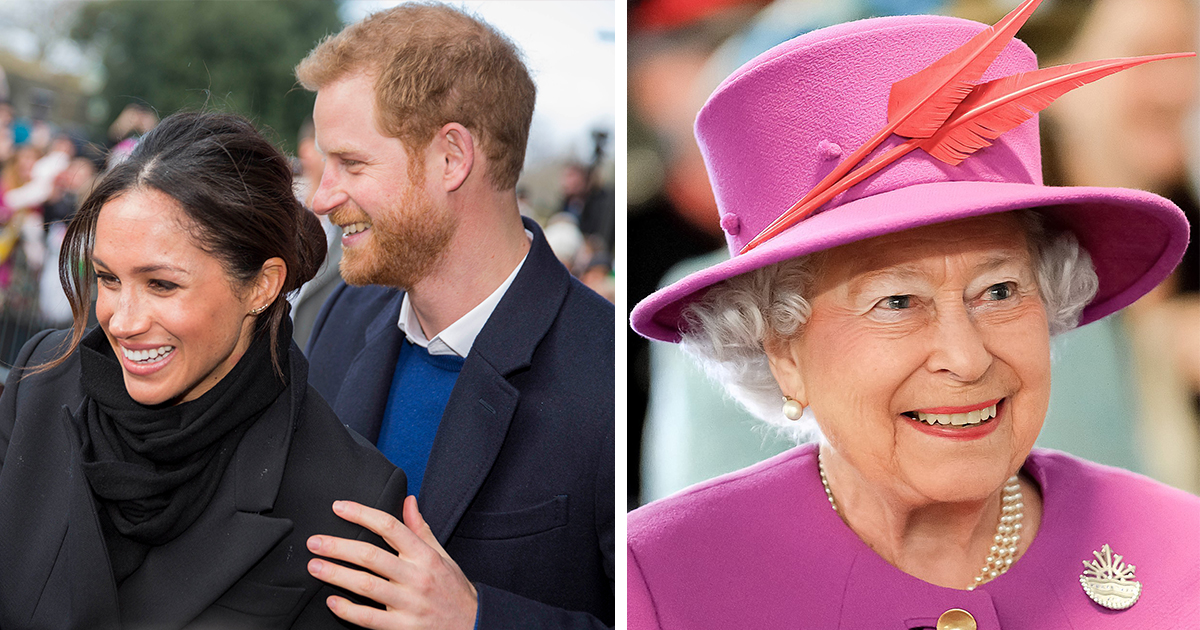 The arrival of a new baby should be a happy time but news of the safe arrival of Meghan and Harry’s daughter Lilibet has prompted yet more reports of family feuds within the Royal household.

Lilibet Diana Mountbatten-Windsor who was born on June 4 in California, is the couple’s second child and only daughter.

Harry and Meghan said their daughter was “more than we could ever have imagined”, in a post on their Archewell website, describing themselves as “blessed”.

As the couple have stepped away from royal duties and moved to California they have chosen not to release an image of their newborn and have kept her arrival a private affair.

Royal protocol means the Queen is the first person to hear the news about the birth and is reportedly contacted using an encrypted telephone to tell her the good news.

Next an official statement is made on the royal website, followed by a traditional photograph with the couple’s new arrival on the steps of the hospital and then the name is announced a few days after.

Harry and Meghan have not had to follow this protocol announcing the name in the official statement they made on their own website without an image of their baby.

But the couple have reportedly sent a picture of their daughter to a royal family WhatsApp group where extended members of the senior royal family stay in touch, ET reports.

Her name has prompted a number of negative stories as it’s the nickname Prince Philip used for the Queen and considered very personal.

While many have questioned what all the fuss is about others have labeled the choice as an ‘insult to the Queen’ which could result in a ‘brutal backlash’.

“I think it’s quite rude to her Majesty the Queen. It was a very private nickname from her husband who hasn’t been dead that long,” Royal biographer Angela Levin told U.K. morning show “Good Morning Britain.”

Lilibet, the Queen’s 11th great-grandchild, was born at a hospital in Santa Barbara, Montecito, where Harry and Meghan own a $16m mansion.

Her middle name Diana is in honor of “her beloved late grandmother” the Princess of Wales, who died in a car crash when Harry was 12 years old.

The Duke and Duchess of Sussex also said of Lilibet’s arrival: “She is more than we could have ever imagined, and we remain grateful for the love and prayers we’ve felt from across the globe,” they wrote on their Archewell website two days after her birth.

“The Queen, the Prince of Wales and the Duchess of Cornwall, and the Duke and Duchess of Cambridge have been informed and are delighted with the news,” the statement read.

News of the couple sharing a picture of their precious newborn comes after reports that Meghan will not be joining her husband on his visit to the U.K. to unveil a statue honoring his late mother with his brother Prince William.

The brothers will reunite to unveil the statue in memory of Princess Diana at Kensington Palace’s Sunken Garden on July 1, on what would have been her 60th birthday.

According to the Mirror newspaper a source close to the Sussexes said: “Meghan is not going to travel. She has just had a baby and Harry will travel alone.”

Harry may have to produce a negative Covid test and quarantine for 10 days on arrival in the U.K., taking a further two tests.

Let’s hope his visit can help heal some obvious wounds between himself and his family, especially with the birth of sweet Lilibet.

Please share with all the royal fans you know.