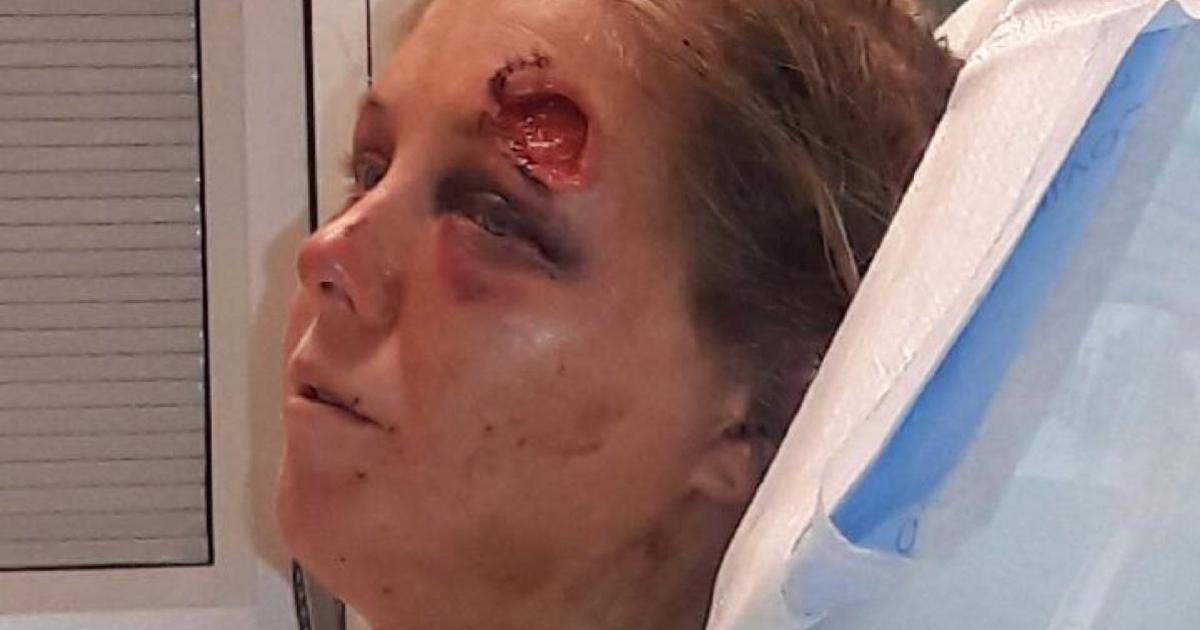 According to the National Coalition Against Domestic Violence, a woman in America is assaulted or beaten every nine seconds.

One in three women (and one in four men) have been a victim of physical abuse by an intimate partner, the same report reveals.

Carleigh Hager, is one of these women.

Carleigh, a lively and happy 25-year-old who lives in Indianapolis, Indiana, never thought she would have to fear for her life.

On the night of October 22, 2016, she had come home from a wedding with her boyfriend, Ryan Cameron, and three other guests.

But what started as a perfect evening ended in horrific tragedy.

At first, everything seemed to be cheerful and fun, full of happy faces returning from a wedding party.

But Carleigh’s boyfriend, Ryan, was also very drunk and started acting more and more aggressively toward her (45 percent of cases where a woman has been abused, the perpetrator has been under the influence of alcohol or drugs).

He began to insult Carleigh in front of his friends and suggested that they all rape her.

Carleigh was both upset and afraid. She decided to leave the group of boys and went to bed.

She hoped the situation would calm down if she walked away.

Sadly, she thought wrong. Her boyfriend snuck into her room while she was asleep and brutally abused her.

Ryan’s friends quickly tried to intervene and stopped the abuse for a moment. But Ryan threw the guys out of the house and locked the door from inside.

Luckily, the guys didn’t hesitate to do the right thing and call 911.

But while the police rushed to the house, Ryan kept beating Carleigh. He threw her to the ground and started biting her all over.

Carleigh desperately tried to fight back and escape, but Ryan was holding her in a nightmarish death grip.

The police arrived just in time and most likely prevented Ryan from killing Carleigh.

They found Carleigh covered in blood and in a state of shock. She was taken to the hospital immediately.

She had severe wounds on her body and face. Ryan had even tried to tear her tongue out.

Fortunately, the doctors were able to save the young woman, but it took three weeks before she recovered enough to eat again.

The psychological wounds? They will take much longer to heal.

Carleigh admitted that she had been living in fear of her boyfriend for a long time.

On her social media posts, however, she had always made it seem like she was happy with Ryan. Nobody knew how sick the relationship between the two really was.

Now, Carleigh is warning others not to make the same mistakes.

Ryan, who admitted to the abuse, is currently in prison awaiting sentencing.

Carleigh and her family hope the court delivers justice by giving Ryan a long prison sentence.

Her family have started a GoFundMe page and hopes to raise enough money to pay for the plastic surgery Carleigh needs.

Carleigh’s mother says that she never saw any warning signs. This shows how difficult it is to detect domestic abuse when it is taking place.

Carleigh’s mom now hopes that her daughter’s scars won’t define who she is in the future.

“She’s such a beautiful person inside and out,” mom Amy Ballard says. “Her strength and beauty is inside and the scars will heal and in time so will her heart.”

A big thank you to the guys who called the police — without them, Carleigh might not have survived!

Unfortunately, many other women still fall victim to men’s violence every day.

Hopefully, Carleigh’s story can inspire other people stuck in a destructive relationship and encourage them to seek help before it’s too late. Please share!