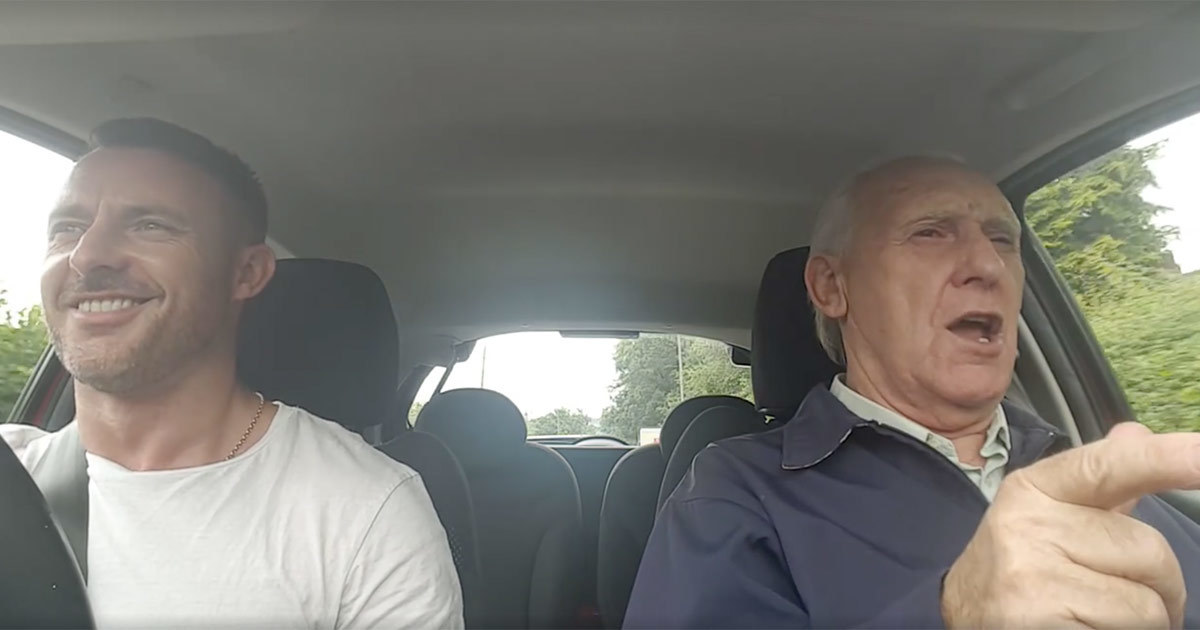 This is just too sweet. Simon McDermott’s father, Ted McDermott, 79, is an avid singer. He was sadly diagnosed with Alzheimer’s disease in 2013. Since then, his condition has worsened and he now rarely remembers his son.

But when it comes to music and particular songs, Ted’s memory is rather intact… as you’ll quickly note in this video clip, recorded by son Simon.

The touching clip in which father and son share a good time singing karaoke in the car is now taking the internet by storm. Together, the son/father duo has managed to fundraise thousands of dollars in donations for the fight against Alzheimer’s disease, according to the British paper Metro.

Before being affected by Alzheimer’s disease, Ted McDermott was known as “The Songaminute Man” because he knew so many songs by heart.

“It’s a horrible illness. However, now when we’ve got him singing again he’s back in the room. It’s these moments that we treasure,” Simon writes on Just Giving, the site on which he has launched their campaign to raise funds for Alzheimer’s Research.

The clip is now going viral, and Simon is capitlizing on his father’s charm and new-found popularity to raise money for such a great cause. So far they have managed to get over an incredible £51,000 (US $76,000).

“The plan is to share as much of Dad’s singing as we can and hopefully it will help raise money to fund the work of the Alzheimer’s Society,” writes Simon.

Watch their wonderful debut below!

SHARE if you were as moved by Ted and Simon’s singing and their wonderful initiative as much as I was!